Patrick Brown is gone. Soon he will be forgotten. But before he is, a few observations are in order.

Just over a year ago, apropos of Brown’s fiasco of attempting to block Sam Oosterhoff from winning the Progressive Conservative nomination in Niagara, I wrote in Convivium: “So while it was awkward to see Brown embarrass himself, there was something satisfying in watching a man so unprincipled and duplicitous get his hat handed to him by Oosterhoff.”

The PC Party, having heard the sexual misconduct allegations against him last night, handed Brown more than his hat. His coat, his bag, his job, his reputation and his legacy all followed him out the door as he fled Queen’s Park last night.

When I wrote about Brown in 2016, I had no knowledge about the alleged sexual misconduct that led to his resignation as PC leader last night. His lack of principles and duplicitousness were manifest in his public conduct. I was not referring to any private scandal.

It is always regrettable when leaders do wicked things; it besmirches our common life. It isn’t yet known which, if any, of  the accusations he faces are true. He emphatically denies them all. Until they are validated, Brown’s forced and humiliating resignation can be charitably considered a regrettable circumstance.

But that he has now resigned is most emphatically not regrettable for anyone who treasures intellectual integrity in public life. On the contrary, we should be pleased he is gone, and not forget why it is such a good thing that he is. 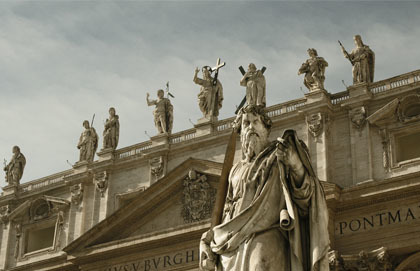 Patrick Brown embodied the corrupting influence that is consuming  our common life. He was not corrupt in the criminal sense of embezzling funds or in the political sense of accepting unlawful gifts and lying about it afterwards. Nor was he corrupt in the sense of exploiting public office for private gain. He exhibited, in his relatively short public life, the deeper spiritual corruption of seeing the capture of public office as the supreme – even exclusive – end in itself, and to employ any means to achieve it.

Brown is in no way the only politician of that ilk, but he was more shameless than many in advertising it, raising his lack of principles to the level of being a principle of action in itself. There was no principle that he advanced that he could not quickly sacrificed if his advancement required a different principle. The only principle was his own advancement. That attitude is more corrupting of our common life than the politician who genuinely attempts to advance the common good, but helps himself on the side.

There are other hard-working Ontarians who could serve as party leader and possible premier. The remaining combination of ambition, lack of principles and lack of intelligence will not be missed.

And so when it became evident last night that he could not win an election – could not even credibly campaign with such allegations – his raison d’être expired. His own staff plunged the knife in the front, leaving his caucus colleagues to twist it for maximum lethality.

Patrick Brown experienced the bitter disappointment of receiving the same degree of loyalty that he showed to so many of his own supporters. There was something tragic, but also exquisitely just, about how he wept for more time, more understanding, more loyalty, while those closest to him competed to demand an even more hasty retreat. Not a few of them seemed to have been longing for the opportunity for some time. And when it came, they could not wait for an execution at dawn. The middle of the night was not soon enough.

It remains to be seen who was behind Brown’s fall. That it was done so quickly – a mere matter of hours – suggests a certain Machiavellian maneuvering. It wasn’t in the provincial Liberals interest to discredit him now; better to wait until later, even during the campaign. As the figures emerge from the night, we will see which PCs benefit most and may be able to draw some conclusions. But there can be no doubt that Ontarians are the beneficiaries this morning.