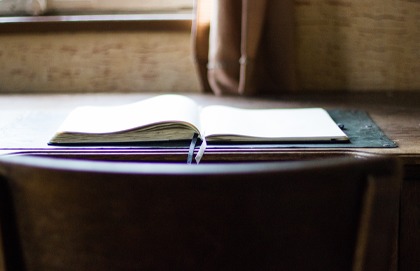 Having read James K. A. Smith's account of James Skillen's The Good of Politics several times, and having re-read the book itself (I wrote an endorsement for it), I remain at a loss to explain how he was able to write such a deficient, mean-spirited review of it. Whatever else a review contains it should at least tell the reader what is in the book, but Smith is too impatient to bother with that elementary duty of fairness. Instead he contents himself with extracting potted, out-of-context summaries of some of its claims in order to exploit them as platforms for a statement of the kind of book he evidently thinks Skillen should have written. So here is the missing summary, albeit laced with initial skirmishes.

The introduction sets out a clear and plausible rationale for the book (ignored by Smith): that the politics of a nation can't be grasped apart from its underlying culture and religion; that American culture and religion have left American (Christian) citizens burdened by a "national civil religion" and so struggling to make sense of the distinctive moral purpose of government; and that Christians need to shed their inherited sense that politics is an "unnatural" enterprise and embrace it not just as a useful instrument for getting what they want but as a creational good. For those seeking a lucid entrée to these questions, Skillen's book is just the ticket.

Part 1 presents a wide-angled overview of "the biblical drama," expounding the political meaning of creation, kingdom of God and humans as image-bearers of God, and arguing against the "two kingdom" approach currently undergoing something of a revival in American evangelicalism. Skillen sets out a robust, creation-based foundation for political engagement that will be instructive not only for newcomers but also more seasoned readers, even if they aren't finally persuaded by it. Smith, however, in asserting disdainfully that "if you are trying to work your way out of a simplistic, heaven-centric, a-cultural version of evangelical piety that is allergic to politics ... well, then this might be the book for you," offers a cheap caricature.

Part 2 surveys "key historical developments" in the convoluted journey of Christian politics from Augustine to the contemporary world. Skillen's chief concern here is to sustain his argument about the rootedness of political community in humanity's image-bearing role and the sense in which Christ's kingship must be construed as including the renewal of the proper task of government. Smith turns out to be more vexed than he needs to be by this sweeping overview. He disparagingly suggests that Skillen "should leave history to others." Actually, he does: he leans heavily, and quite legitimately, on authoritative sources such as the O'Donovans, Finer, Stevenson, Berman, Brown, Copleston, Porter, Van Creveld, Witte, and Noll among others. (He's particularly bothered by Skillen's reading of Augustine, which he caricatures as a "big bad dualist" account. But he doesn't mention that Eric Gregory, whose work on Augustine he charges Skillen with neglecting, wrote a favourable endorsement of the book. ) I found Skillen's historical overview, brief and selective though it is, succinct, instructive, and essentially reliable for the book's purposes.

Part 3, on "engaging politics today," draws together and elaborates the creational theology of politics that the author has been building towards. The core of the account comes in chapters 8 and 9, which spell out the claim that the political community exists to establish a "just public-legal order" for the common good of all citizens. The significance of this definition is suitably unpacked and its significance for contemporary politics illustrated in relation to citizenship; family, marriage and education; economics and the environment; and global order.

So much for the book's contents. (Now, was that so difficult?) Let me reply to three of Smith's larger critiques. One is that the book is old hat. The people Smith hangs out with are, it seems, already fully on board with the claim that Christians should engage in politics: "I don't run into too many Christians who are keeping themselves pure of political taint and setting up shop waiting for the rapture." That is another caricature. I take Skillen's intended audience to be that growing number of open-minded and socially committed evangelical and Reformed Christians (especially undergraduate students, thoughtful practitioners and church leaders) who are keen to engage in politics or motivate others to do so but are in need of guidance as to why and how.

It goes without saying that a fair bit in a book billed as an "introduction" (a genre on which Smith offers a rather over-elaborate meditation) will not be new to those who already know Skillen's extensive earlier work, or the writings of other Kuyperians such as Mouw, Monsma, Smidt, Wolterstorff, Koyzis, et al. But when assessing a work in this genre, advanced readers should not only ask, "What's novel in this for me?" but also, "In whose hands might I usefully place this primer?" There are, I think, plenty of such hands.

Another critique is that the biblical vision of politics Skillen sets out "feels either truistic or simply a theological rationale for a particular form of American constitutionalism—as if a 'biblical' understanding of justice naturally entails the American project." Let me be charitable here and attribute that latter egregious misjudgement to Smith's ignorance of Skillen's other work, which contains searching critical analyses of "the American project" (see, for example, With or Against the World? America's Role Among the Nations).

But there is a more culpable misreading at work: Smith quotes Skillen's summary of the political pay-off from such a vision of justice as that "we should work for the kind of political communities in which those who fill offices of government act as public servants to uphold public justice for the common good, willingly accepting their equality with all citizens under the law." Yet he casually dismisses this vision as "predictable, tired, and hollow." In doing so, however, he reveals less about the limits of Skillen's accounts and more about his own failure to grasp just how globally distinctive this conception of politics really is, what an enormous achievement it has proven to be historically, and how radical and transformative it would be if American Christians actually took it seriously in their political thinking and acting. It is lazily dismissive to suggest that what Skillen's vision amounts to is a "pretty standard liberal democratic game"—little more than "liberal proceduralism."

In any case, theologians who lambast "liberal democracy" (usually without defining it) owe us an account of what features of it they would be content to lose. Smith might note, incidentally, that Nicholas Wolterstorff, whose work he rightly praises, has recently proposed, in The Mighty and the Almighty, a forceful argument that a "Pauline" view of government actually lines up rather closely with core features of modern (even American) liberal democracy. That is certainly a controversial and contestable judgment but it isn't one that can be casually set aside as self-evidently wrong.

Third, Smith calls Skillen to account for lapsing into what he thinks is a defective ecclesiology typical of Kuyperians, one in which a preoccupation with the "church as organism" overwhelms "the church as institute." Now Smith is onto something important here, but his critique misleadingly conflates what Skillen calls "de-ecclesiasticization" with a denial of the political role of the church. Yet such a role for the church can be affirmed—indeed, arguably, it can only be enacted—alongside a necessary demarcation of ecclesial authority from other forms of authority. For only within an open, legally protected public space secured by the kind of political community commended by Skillen, Wolterstorff, and others can the church display itself as what Smith terms a "polis" (a term he also doesn't pause to define). But Smith seems bored with this foundational point, implying "we've been there, done that." The responsible form of argument here, however, is to mount a substantive counter-argument to Skillen's view of the political role of the church rather than trying to pre-emptively discredit it as dated.

Overall, Smith's central charge is that, "We don't need an introduction that convinces us whether to engage in political life; we need one that shows us how." I think The Good of Politics achieves both goals very well for its intended audience. I conclude by noting that the third volume of Smith's widely-appreciated (including by me) "Cultural Liturgies" series has been trailed as one on "politics." Presumably it will be the kind of book Smith thinks Skillen should have written—one which, as he puts it, "reconsiders Christendom for the missional project it was. " Christian political thinkers and practitioners will be looking forward with much anticipation to hearing precisely what that means. We'll be expecting lots of "how."