June 1, on certain Church calendars, is the commemoration of St. Justin Martyr, also known as Justin the Philosopher.

St. Justin Martyr lived at the beginning of the second century. He was a Roman citizen, a patrician, well schooled in rhetoric, in philosophy. Having grown up in a pagan household, he embraced Christianity after perusing all sorts of different scholastic and philosophical schools. He confronted the persecution of Christians, one of the early persecutions that took place in Rome at the beginning of the second century.

I want to apply that to our understanding of the role of faith communities beyond simply Christian communities in our world today and in our cities today in Canada.

Members of faith communities are excellent people. They have demonstrated for a very long time, especially in this country as we mark 150 years of Confederation, the impact that faith communities have had in cities, and in our society.

We live in a secular State. Thank goodness. The government is not bound to any one Church, any one religious tradition, whether we're speaking about the federal, provincial or municipal government.

For millennia of human history, we have lived out our metaphysical beliefs, our practices, in the public square.

We do not live in a secular society. Don't let someone pull that fast one over on you. We live in a society that is a rich tapestry of many different faith communities that have helped to knit together our cities and our citizens through the work that they do.

As we say with our Faith in Canada 150 Initiative, this is Canada and faith matters. Faith matters where we live. 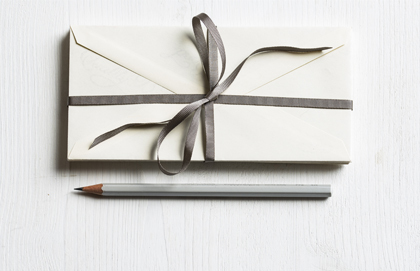 The role of faith communities in this country is profound. Not simply in the last 150 years, but all the way back to pre-European contact where Indigenous religious beliefs helped to knit together those early communities.

We know this when we encounter faith communities in our cities through the hospitals that they have established. Whether we're speaking about the Bruyère hospital here in Ottawa, Mt. Sinai Hospital in Toronto, St. Joseph's Health Care System in Hamilton and in other parts of the Golden Horseshoe.

We know it, too, from schools, whether we're speaking about Catholic schools, Protestant schools, independent Jewish schools.

We know it from the communal kitchens that exist in every single Sikh temple across this country where people, it doesn't matter what your faith tradition is, if you need a meal, you can go into a Sikh temple or gurdwara and be fed.

The Cardus Ottawa office sits at the conjunction of State and church. We are three doors down from Parliament Hill. And Notre Dame Cathedral is right behind us. The beauty of built religious architecture adds to our cities, whether it's the soaring nickel-covered spires of Notre Dame or the solid stone work of Knox Presbyterian just down Elgin. Architecture in shaping our cities has been part not just of the civic sphere, of the government sphere, of beautiful public buildings, but of religious communities.

In many cities, the first buildings that went up were religious: churches, synagogues, temples and so forth. Religious communities bring to our cities beautiful architecture but also beautiful music that rings out from these places of worship.

Whether it's a Mass by Palestrina coming out of Notre Dame Cathedral, whether it's hymns that are sung at Jubilee Christian Reformed, down at Maryville in Hunt Club, whether it's the worship that takes place at the small Hindu temple on Clara Street in the Glebe, it's about art and the beauty that exists in these churches, temples and gurdwaras.

It's also about the transmission of ethics, of virtue, of a moral sense these faith communities provide that gets brought into the urban square, where it helps to shape an understanding of citizenship by which we as citizens we are responsible for one another.

We're responsible for human flourishing. We have a responsibility to one another. Faith communities help to shape this, and have for centuries. I would go so far as to say that cities as political entities, the institutions that govern our cities, must be the public guardians of religious freedom. Since religious freedom is ordered towards people being fully who they are, whether you believe a particular theistic belief, whether you are a secular humanist or an atheist, it's the responsibility of our civic institutions to ensure that this is allowed to flourish for the good of all. We need to ensure that people of faith who live in our cities have the freedom to be people of faith publicly as well as privately.

Unfortunately in this country, for too long we have existed under what I call the post-enlightenment myth of religion being a purely private matter. This is not historically accurate, and for most of us, depending on our religious tradition, it is not theologically accurate. For millennia of human history, we have lived out our metaphysical beliefs, our practices, in the public square.

In Rome, at the time of Justin Martyr, the faith of the Roman people - the worship of the emperor, of the household deities - was done publicly and privately. If you're worshiping according to the Hindu tradition, it is a very public tradition. You can't go to India and not be confronted by the public nature of religious practice.

That was a core element of Canadian urban life for a very long time. Unfortunately, we've seen a shrinking of it. I think we need to find ways together to correct that trend, and to really ensure that people of faith are not being marginalized. Cities, the civil society groups that exist in the cities, municipal institutions, have to champion and support faith communities so they might go about their valuable work in building our common life helping to shape how we live together, advancing human flourishing.

I want to conclude with what I call five provocations perhaps for faith-filled cities.