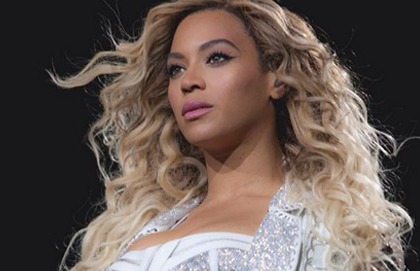 Being Bossy and How Beyoncé Let me Down March 13, 2014  |  By Julia Nethersole
Print

I have to admit, I love Beyoncé. Since the tender age of nine, I've been a devoted and loyal fan. I remember a (retrospectively) embarrassing phase of teenage angst during which I had her song "Irreplaceable" on repeat. Beyoncé is an amazing woman. In my life, I have been fortunate to have always been surrounded by amazing women: women that have been models of intelligence, compassion, hard work, love, and strength. I have been drawn to Beyoncé’s music, not only for the catchy beat and thumping bass, but because many of her lyrics speak of the independence, boldness, perseverance, and—dare I say—bossiness that the women in my life have always embodied. Encouraging women to embrace their femininity and be confidently ambitious is great, and I love this part of her work and message. It comes as no surprise that Beyoncé, among other celebrities and politicians, has partnered with Facebook COO Sheryl Sandberg and Girl Scouts USA CEO Anna Maria Chávez on their new campaign to ban the word bossy. Despite my love for Beyoncé, I wonder whether this is a good fit.

In a recent Wall Street Journal article, Sheryl Sandberg recalled an elementary school experience where she was berated for being too bossy and therefore considered a bad influence. In the same piece, Anna Maria Chávez told of being ridiculed for wanting to lead rather than support, as is traditional for females in her Latino culture. Both these women have since learned that "being bossy" has made them very successful. They have come to embrace their unique leadership abilities. In turn, Beyoncé is a mogul of the entertainment industry, skillfully building her brand and shifting her image to meet new standards of self-expression.

The campaign these female leaders are involved in aims to ban the word "bossy" because of its negative connotation. They have pinpointed the fact that "bossy" is more frequently associated with females in place of words like assertive or confident, which instead are words reserved for males exhibiting similar behaviour. Much reference is made to the middle school period wherein girls alter their behaviour in the classroom such that boys are given more opportunities to contribute and lead. The campaign hopes to encourage young girls to raise awareness about language and the way it influences perception. Ultimately, it boils down to equality.

The issue is that everyone's definition of equality looks and dresses differently. Lately, I have been less enamored with Beyoncé's image. Her highly-sexualized persona sends a mixed message in her role as spokesperson for a campaign targeting young fans who would sign up for anything that Queen Bey put her name behind. They have enlisted a spokeswoman who affirms that yes, you can be the boss, as long as you abide by the belief that it is empowering to be sexually objectified. They want to ban the word "bossy." Really?  I just can't help but think that there are other things that I would ban before the word "bossy."

For starters, let's ban the myth that girls need to be rescued. The very premise of the campaign originates from this archaic concept that girls need to be coddled and protected. No one is raising a campaign to stop people from calling boys wimps. Boys are left to tough it out and forge their identity. This campaign defeats its own purpose by telling girls that they need a better identity and help to create it. Sheryl, Anna Maria, and Beyoncé figured this out on their own. Interesting.

I would also ban the false notion that we're talking about equality when in fact, we are not. If girls need to be respected for their traits of confidence and assertiveness, then boys need to be just as much a part of this discussion.The campaign needs to be less polarizing or it runs the risk of disenfranchising boys. Let's bring all the stakeholders to the table.

I have been called "bossy" my entire life. It wasn't crippling, nor did it hold me back. Instead of worrying about semantics and being politically correct, I would applaud seeing Sandberg, Chavez, and Beyoncé put their uber-status behind one of the founding concepts of the Ban Bossy campaign. At the very bottom of their webpage, after you scroll through all the propaganda, the heart-stirring videos, and the clever posters, there is a link to Lean In. This is Sandberg's philanthropic outreach which encourages women to pursue their ambitions. She offers "inspiration and support through an online community, free expert lectures, and Lean In Circles, small peer groups who meet regularly to share and learn together." Now this is something on which to focus a campaign. Instead of jumping on the "ban bossy" bandwagon, let’s redeem the word and learn from the amazing women before us who have used it to their advantage.