Three weeks ago, Justin Trudeau knelt in the Sistine Chapel before The Last Judgement, Michelangelo’s depiction of the Risen Christ returning in awesome glory to render final judgement upon the saints and the damned. It is both sobering and salutary for any Christian to contemplate his judgement before God, and all the more so for those with great responsibility. That’s why the cardinals, when voting for a new pope in the conclave, do so before The Last Judgement, “before Christ, who is my judge”.

Judgement belongs to God ultimately, but also must be rendered in this world, especially by those who hold authority. Do their judgements reflect the truth of Christ’s judgement? Or are their judgements according to other criteria?

While in Rome, the prime minister met with Pope Francis as both a politician and a professed Catholic, although not, I expect, as a penitent. It seemed that Trudeau’s main priority was to invite Francis to apologize in Canada for the involvement of the Catholic Church in Canada’s system of aboriginal residential schools.

It would not be difficult for Pope Francis to give such an apology, and it would be in keeping with the practice of his predecessors. Such a demand for an apology does, however, seem to ignore the 2009 apology by Pope Benedict XVI to a delegation of aboriginal Canadians he had invited to the Vatican. Phil Fontaine, former national chief of the Assembly of First Nations and a former residential school student himself, called that meeting eight years ago the “final piece” which should “close the book” on the issue of church apologies, but it seems the book has been opened again.

Trudeau brought with him two texts as gifts for the Pope: a rare edition of the Relations of the Jesuit martyrs of New France, as well as a French-to-Montagnais dictionary written by a 17th-century Jesuit missionary. The heroic accounts of the missionary martyrs and their Montagnais dictionary point back to the early Canadian missionaries embrace of aboriginal peoples and languages, a legacy now apparently totally eclipsed by the residential schools effort to eradicate indigenous language and culture.

Pope Francis also gave the prime minister some written texts. The exchange was markedly asymmetrical; while the prime minister gave the pontiff rare texts of immense historic value, he received in return the latest documents of Pope Francis, available for a few euros in the Vatican bookstore. The most prominent of the papal texts is the 2015 encyclical on the environment, Laudato Si’.

On the surface, the prime minister and the pope seem to hold similar views on the environment, which they discussed in Rome. Both are alarmed at the effect of greenhouse gases on our changing climate, and both have called for global efforts to reduce fossil fuel emissions.

Certainly, in his overseas summit statements and his proposal for a federal carbon tax, the prime minister signals a great commitment to combatting climate change. At home, Trudeau’s approvals of fossil fuel mega-projects on First Nations land have not put him in the good books of either environmentalists or aboriginal activists.

Pope Francis is a pastor, not a public policy analyst, and the keenest insights of the encyclical are those which view the environment from an anthropological lens, one focused on the human person.

Will Trudeau read Laudato Si’? Pope Francis is a pastor, not a public policy analyst, and the keenest insights of the encyclical are those which view the environment from an anthropological lens, one focused on the human person. 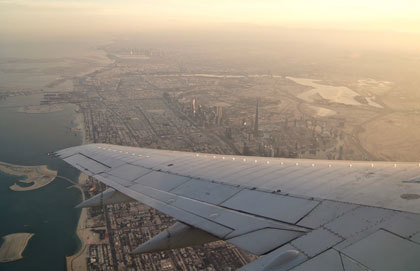 To Francis, there “can be no renewal of our relationship with nature without a renewal of humanity itself,” because a world which forgets the dignity of the marginalized cannot help but degrade nature: “[W]hen we fail to acknowledge as part of reality the worth of a poor person, a human embryo, a person with disabilities – to offer just a few examples – it becomes difficult to hear the cry of nature itself; everything is connected.”

The Holy Father laments that our “throwaway culture”, with its preferences for convenience and disposability, treats inconvenient people as disposable. And so he rejects the claims of those who think that the answer to economic development or environmental protection lies in abortion or population control.

If Trudeau did read Laudato Si’ there is not much evidence for it. Less than two weeks after his audience with the Pope, Trudeau’s government announced its new international assistance policy, which has a marked gender emphasis.

The new foreign aid policy commendably aims to address sexual and gender-based violence, including in armed conflicts; it promotes girls’ education; and it facilitates women’s economic and political participation in society.

The policy quantifies few specific expenditures. One of these, below section headings of “human dignity” and “health and nutrition,” is a $650 million investment over three years to “close persistent gaps in sexual and reproductive health and rights for women and girls.”

Access to “safe and legal abortion” is contained in this line item: Canada’s public funds will be used to lobby for and provide abortion services in countries where they are opposed by local laws and value systems.

A separate “humanitarian action” section of the website includes provision of the full range of “sexual and reproductive health needs” during humanitarian responses. This was listed after the statistic that two thirds of pregnancies in camps in Haiti after the 2010 earthquake were unwanted or unplanned. Is Canada’s role in responding to humanitarian disasters to rush abortionists to the scene?

The foreign minister’s message at the top of the website highlights that “sexual and reproductive rights – and the right to access safe and legal abortions” are now at the core of Canada’s foreign policy and that this promotes “our values” overseas.

Such a policy goal could hardly be more counter to the “renewal of humanity” and “integral ecology” called for by Pope Francis.

Which brings us back to judgement, truth and values. The Trudeau foreign policy approach judges the values of poor countries to be lacking, and needing correction by the affluent, liberal nations. Two Catholic bishops, Cardinal Thomas Collins of Toronto and Bishop Douglas Crosby of Hamilton have written to Trudeau, specifically denouncing the policy as cultural imperialism.

The imperial imposition of “our values” over the conventions and beliefs of other nations is more or less what Trudeau asked Pope Francis to come to Canada to apologize for.

We don’t know what Pope Francis said to Justin Trudeau privately. But perhaps he reminded him that before judging the mote in the eye of another, it is best to remove the beam in one’s own.

Father Raymond J. de Souza is the editor-in-chief of Convivium. Edward Burroughs is the manager of Newman House at Queen’s University in Kingston.

Emptied Out of Egypt

Convivium Editor in Chief Father Raymond J. de Souza reflects on the significance of Pope Francis and Bartholomew, Patriarch of Constantinople, addressing a peace conference hosted by the Al-Azhar mosque in Egypt tomorrow.

A Protestant Appreciation of Lumen fidei

Faith makes us appreciate the architecture of human relationships because it grasps their ultimate foundation and definitive destiny in God, in his love, and thus sheds light on the art of building; as such it becomes a service to the common good This Protestant is deeply grateful for the witness of...