There is nothing like the topic of unions to bring out people's unquestioning love of the state. Whether you're on the right or the left, the problem of unions—whether we want more or less of them, or whether they should have more or less influence—is almost inevitably answered with, "more state involvement please!"

We expect this type of response from those on the farthest and most loony left—think Sid Ryan, head of the morally and financially bankrupt Ontario Federation of Labour—but I'm always puzzled when those who traditionally look more skeptically on the state's use of coercive power take up the same tune.

I am a fan of Lord Conrad Black. I almost always find his writing compelling and I usually learn from it, I find his tone pompous but endearing for that, and I have no end of admiration for his thoughts on the American justice system. That system is—as he perspicaciously puts it—unfair, hypocritical and barbaric. The time the American system kept his body captive has lent—yes, admit it—a powerful voice and incisive mind to those who share concerns about the vast waste of both human and financial resources in the American prison system. He, of all people, should know the fickle and occasionally pernicious character of both states and markets—especially when they find themselves with a common enemy. 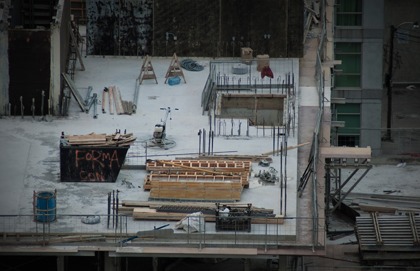 It is because of this that I find his response to Canada's very real union problems so strange. In his Saturday column, Black calls for a dismantling of public sector collective bargaining. In fact, he goes further. Here's the key quote:

Collective bargaining is a defiance of the free market, which is efficient and meritocratically fair. Union rules standardize, regiment, stifle initiative, discourage enterprise, and concentrate power to intimidate and influence political decision-making in the hands of unrepresentative and self-serving cabals. Unionization divides any enterprise and creates a them-and-us-mentality that is a collapsed lung that cripples and stultifies any organization.

Laws must be constantly reviewed and updated to prevent abuse by employers. And civilized and liveable working conditions must be assured as a matter of inalienable right to everyone. But the surest guaranty of such rights is the free market, as exploited workers will not produce competitive products or services, and will defect from or sabotage by their sullenness any employer who so treats them.

Yes, markets are usually efficient and yes, they are usually meritocratically fair, but only someone without experience of the human condition would say this is true writ large. We know first-hand that markets can actually be both horribly inefficient and meritocratically unfair. Don't believe me? Ask Mark Carney, or Roger Martin, or Fr. Raymond De Souza. Markets will be both inefficient and unfair because they are human institutions, and humans are often horrible creatures. Whom then, do we trust to keep these in line? The state?

Well, states see things a certain way, and they certainly viewed Lord Black in a particularly nasty way. Why put primary trust in them to regulate the lives of working people? Maybe organizations made up of workers might have a bit more insight into what is best for them. In fact, it is workers' organizations (formal or informal) that spring up in places where the state and the market step out of line. In Communist Poland, it was a trade union that stuck out its tongue at the apparatchiks who thought that the state knew what was in workers' interests. Solidarnosc fought for fairness against a state-run command economy, and won. In China—which is all laissez-faire free market, no enforced regulation—it is spontaneous collective bargaining that is demanding "liveable working conditions" and "inalienable rights."

Black's criticisms of unions are not unfair. And his diagnosis of the problem is spot on. But his prescription—getting rid of collective bargaining—will violate the first rule of medicine. It will do harm. Best to consult with another doctor.