On Wednesday, September 27, I was privileged to attend the unveiling of Canada’s National Holocaust Monument.  It was a journey begun and shepherded by a young Canadian, Laura Grosman, who saw her dream through to reality. The unveiling was the end of a 10-year project supported by many incredible people. The result is a testament to one of humanity’s darkest hours, a permanent reminder to help educate future generations in the lessons of hatred and bigotry and ensure that they bear witness to the memory of the Holocaust.

As the granddaughter of a Holocaust Survivor whose story remains one of my greatest influences, I was overcome by the depth of meaning this unveiling held for so many. It was fitting that the inauguration came during the Ten Days of Repentance, the holiest of holy times in the Jewish calendar, which begins with the New Year, Rosh Hashanah, and ends with the Day of Atonement, Yom Kippur.

When hearing testimonies from Survivors, what always strikes me is the faith to which so many clung, commemorating the Sabbath in the ghettos, holding Passover Seders in the camps, and finding ways to hold the Kol Nidre service on Yom Kippur, fasting while enduring the unimaginably horrific conditions of slave labour. Many going to the gas chambers recited the declaration of faith, Shema Yisrael.

But, for many, holding onto faith was an understandably impossible task. Yom Kippur often makes me think of this during Yizkor, the remembrance service, where we add a special prayer for the victims of the Holocaust, especially for those who don’t have someone to remember them. In his memoir “Night,” Eli Wiesel spoke of his own wrestling with God, citing the 1944 debate in Auschwitz about whether Jewish prisoners should fast on Yom Kippur. Those who wanted to fast said they “needed to show God that, even here, locked in Hell, we were capable of singing his praises.” Wiesel decided not to fast – as a protest against what he viewed as God’s silence.

On Yom Kippur we repeatedly confess our sins through prayer, asking God for forgiveness. But in Judaism, our sins against others, such as gossiping and hurtful words, can only be forgiven by those we have harmed, symbolizing that part of our relationship with God is our own relationship with those around us. As British Rabbi Jonathan Sacks wrote in his piece on Jewish Repentance leading up to the holidays this year, “Judaism is God’s call to human responsibility, to create a world that is a worthy home for His presence…Judaism is a supremely activist faith for which the greatest religious challenge is to heal some of the wounds of our deeply fractured world.” 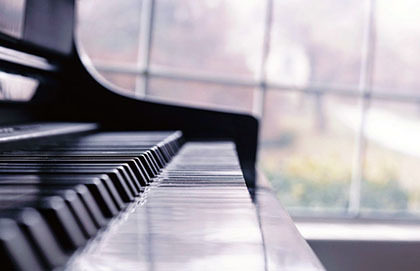 At the unveiling of the Holocaust Monument in these Days of Awe, I pondered the question: Are all wounds able to be healed? And should they be? In a time where we are seeing a rise in hate crimes targeting Jews and in which white supremacists freely march in America chanting “Jews will not replace us,” and in a world in which genocide, hatred and bigotry remain, how far have we really come?

As we pray in synagogue for forgiveness this year, I will keep in mind that vision of Judaism as an “activist faith.” It brings me back to the March of the Living this past May where, in Auschwitz-Birkenau at the ceremony marking Holocaust Remembrance Day, Elisha Wiesel spoke about his father as a witness to the Eastern European Jewry of the past, to the horrors of the Holocaust and the miracle of the creation of the State of Israel. And he challenged us to answer: “What are you a witness to?”

Yom Kippur often makes me think of this during Yizkor, the remembrance service, where we add a special prayer for the victims of the Holocaust, especially for those who don’t have someone to remember them.

He went on to ask: “Will you stand by when African-Americans have reason to be terrified of a routine traffic stop, when Christians are slaughtered in Egypt because they are labeled infidels, when girls in Chad, Somalia, Afghanistan and Pakistan are threatened, raped, or shot for pursuing an education, when homosexuality in Iran is a crime that carries the death penalty? Or will you be a witness to those who live in fear because of the colour of their skin, or their gender, or their religion, or their non-belief, or their sexual preference?”

Beginning with Rosh Hashanah, the Book of Life – in which our fate for the year will be inscribed – is opened and, with the blowing of the shofar at the end of Yom Kippur, our fate for the year is sealed. The great Jewish philosopher-rabbi, Maimonides, noted that the blowing of the shofar should be a call for us to awaken from our slumber, to recognize our shortcomings, recalibrate, and recommit ourselves to improve our deeds in the new year.

This is a message that resonates far beyond the Jewish people. We can’t fix the world, or even achieve our own potential, without serious reflection and recommitment to the principles we cherish.

As the sound of the shofar echoes across the synagogue this Yom Kippur, Elisha Wiesel’s words will be on my mind, along with my grandmother’s story, and the stories of all the Survivors from whom I have been lucky enough to learn. Throughout this holiest of days, we will have sat in synagogue admitting our worst, after which it will be time to move forward, speak up, and be a witness.

A Meeting Place of Meaning

Rabbi Reuven Bulka reminds us that the very search for meaning in crises such as the current pandemic gives expression to our shared humanity.