Who does the government compete with? Is a public school a sacred building? A recent surplus building sale raises those questions.

In Brockville, the local public school board has a sold an elementary school in Wolford that it had closed in 2018. The building was surplus, no other government had a use for it, so they put it up for sale. The school board got an offer of $350,000 from Heritage Community Christian School, which it turned down because they did not want the building used for a private school. It eventually sold the building for $303,030 with a stipulation that the building could not be used for “education outside the public system” for 99 years. Violating that stipulation earns a fine of $1 million.

My Cardus colleagues Brian Dijkema and David Hunt have a column in the Brockville Record and Times that provides the details. They make the case that independent schools fulfill the government’s own mandate to provide education for all and, moreover, independent school graduates are more publicly minded citizens.

Non-compete clauses are pretty standard in the corporate world. Usually they are requested by the buyer. A buyer who buys Wrench’s Auto Service may insist on a clause that prevents Wrench or his affiliates from opening another garage within the same city. Sometimes they are requested by the seller. Perhaps Wrench owns the neighbouring lot and sells it with the stipulation that the buyer not open a competing garage on the property.

The Upper Canada District School Board (UCDSB) clearly regards any private school as Wrench might regard another garage, namely, competition for customers. This is not unexpected. Those who follow education policy in Ontario know that, as the total number of students in the province falls, existing school boards are very attentive to where their students might go.

One frequently hears rumblings even about students shifting from one publicly-financed school board to another – from public to Catholic, or English to French, or vice versa. So that the UCDSB might try to prevent a competing option for their students seems reasonable and expected. Wrench would do the same regarding his customers. 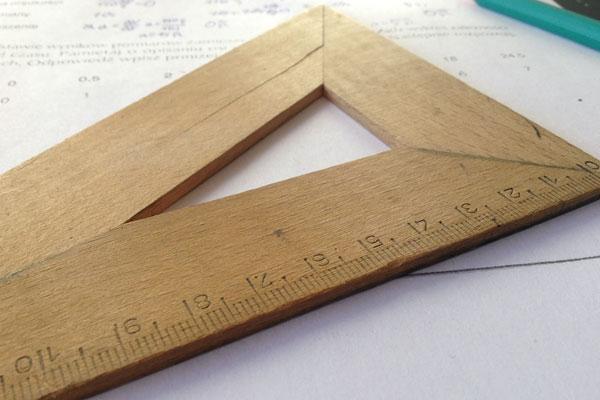 And do the students really belong to the UCDSB?

Of course, Wrench’s customers are free to go elsewhere, even if he successfully prevents a garage from opening next door. So they are not really “his,” even if he has an interest in them having fewer options.

The students in the UCDSB are also free to seek education outside of the UCDSB schools. In fact, those who attend Heritage Community Christian School already do. And more want to join them, hence the school’s desire to buy the Wolford building. So, the students do not belong to the UCDSB either. But why shouldn’t the UCDSB try to do what Wrench does, to limit the competition’s access to resources?

The implication of the UCDSB’s position is that only the government can provide education for the public and is therefore entitled to constrain its “competition.” But that position, besides offending against pluralism, is supported neither in law nor public policy, both of which recognize the right of parents to choose other schools – or homeschooling – for their children. In throwing a wrench into the plans of Heritage Christian, the UCDSB is misunderstanding its role in education. Private schools, or other publicly financed school boards, are not competitors, but partners in education.

The stipulations in the UCDSB sale reminded me more of what is customarily found in the sale of closed churches. Usually there is a clause which prevents certain kinds of activities. For example, a sold Catholic church may include a provision that it never be used for sacred rites, to make clear that it is no longer an active church and to prevent it from being used for false worship. It is common that the buyers of churches promise not to allow certain activities in them, for example, gambling or a nightclub. The reasoning here is that the building, even after being decommissioned for sacred use, still retains something of its sacred character, or least its sacred history, and that must be respected.

It’s possible to consider similar situations. Perhaps a venerable library building is to be sold by the city; perhaps there is a provision that only certain cultural activities could be held there. It could become a private art gallery, but not a video game arcade.

Here the UCDSB would be stronger ground, if it wishes to make a claim that I doubt it wishes to make. Perhaps the Wolford school does have a sacred character, after all, and that defining character is not the education of children, but the education of children in the public, government-run system. The building was built for that sacred purpose, and so cannot be used for an alternate religion, namely private education. To make the point explicitly, Heritage Christian cannot operate in the Wolford school because they do not worship at the gods for which the school was built, namely state-run education.

That would justify the UCDSB decision not to sell to Heritage Christian, just as Seventeenth Street Baptist is entitled not to sell its sanctuary to Bump ’n’ Grind Pub and Resto Bar. But is that the argument that the UCDSB wishes to make, that its buildings have been consecrated to a particular delivery method of education, or to a particularly philosophy of education? That Heritage Christian cannot set up in the Wolford school because it was built, in effect, for another religion?

I don’t imagine that the UCDSB would want to say that. But perhaps there are some who think it?

Through the strengthening of their school community as well as the surprising growth of an extended community, Community Christian School in Drayton, Ontario looks beyond just the academic in their transition to remote schooling.