The death of B.C. teen Amanda Todd has sparked a raft of publicity and public action against bullying. Extensive news coverage and parliamentary resolutions all contribute to raising awareness of this too-long neglected issue.

But bullying is a subject on which platitudes come too easily. Anti-bullying, motherhood, apple pie . . . the right and wrong of the matter seems so obvious. But the road to overcoming bullying must be navigated with care if the ditches on both sides are to be avoided.

The most common error by those in authority is the dismissive "it's just a stage" approach. Kids have always picked on each other and always will, goes the argument. While care needs to be taken so that things don't go too far, those on the receiving side of bullying behaviour also need to overcome their sensitivities. The real world is not always a friendly place. Kids need to develop a tough skin and learn to deal with the not-so-nice people that cross our paths. Right?

It was over a decade ago now that my wife served on an interschool bullying committee. Survey results indicated that over 90% of the students were coping quite well, with only a handful indicating agreement with a statement to the effect of, "Every day I worry about going to school and that someone will pick on me." One of the administrators glowingly reported the results in a school newsletter, allowing that some work still needed to be done but thankful that this school was a "safe place." But was it? By my math, there were one or two students in every class who went to school every day afraid, their self-confidence eroded and their self-respect smashed. No room for self-congratulations there. 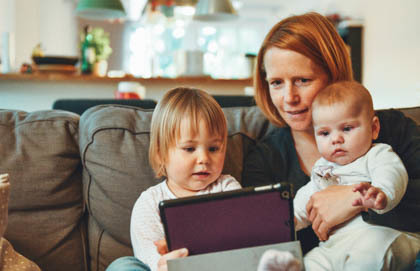 But then there's the error of over-correction: expanding the definition of bullying to incorporate anything that may make kids feel uncomfortable. Last week, Ontario Education Minister Laurel Broten suggested that Catholic schools teaching a pro-life position would violate Ontario's anti-bullying laws. A similar logic questions the legitimacy of public funding for the Catholic system. As one academic asked me a few weeks back, "How do you justify to a gay Catholic student that public funds are being used to tell him his lifestyle is wrong, which will almost inevitably lead to him being bullied in his school environment?"

The premises of these questions imply that disagreement is impossible without bullying. It also suggests that certain positions are inherently bullying.

I respectfully disagree. I have more confidence in the protection of a gay Catholic student in a Catholic school that lives its principles than I do in the protection of an openly religious student in a public school. (I don't have the data to back this but based on anecdotal evidence, I am quite convinced the data if collected would back my claim. But the actual numbers are beside the point here.) Any Catholic school worthy of its name views the human person as a created image-bearer of God, worthy of respect and dignity regardless of his or her behaviour. There rightfully would be disagreement with behaviours that are inconsistent with a Christian perspective on life, but Catholics deal with these behaviours in a context of sin, grace, and redemption. There is no room within that paradigm for bullying of any kind, including of those who are gay.

That is not to say that every Catholic (or any other religious school) consistently lives out its principles and that the bullying problem doesn't exist there. However, it does give a principled basis on which to start the discussion. The problem is not simply one of behaviour or conformity to a list of dos and don'ts.

I don't have all the answers, but I know that governments don't either. Regulation and programs are pretty limited in dealing with this complex problem. Many of the victims of bullying are in social settings where there is little family support—no government initiative can fill that void. I also know that coopting the anti-bullying agenda in support of particular social and political causes, seeking to squelch disagreement on controversial issues of our day, is an insult to every victim of bullying and a cheapening of what should be a serious conversation. It demonstrates a callousness that has more in common with the problem than the solution.

Veiled Interference in Freedom of Religion

Recognizing that freedom of religion is a greatly attacked freedom these days, I am usually inclined to bend over backwards to protect it, but here—in matters as basic to our citizenship as swearing public oaths, establishing identity, or witnessing at a trial—I think the state has a more reasonable...