I had the blessing of spending Canada’s 150th anniversary in Ottawa with my Cardus colleagues for various events that were most inspiring.

It capped off six weeks in which I found myself for unrelated – but Providential? – reasons on Canada’s east and west coast. I wrote about that here, in light of Psalm 72 – He shall have dominion from sea to sea.

My editors put a headline on it that spoke of “sea to shining sea” which is not biblical, and not even Canadian. It’s from America the Beautiful. Their seas apparently shine. And their mountain majesties are purple. We are not so flamboyant.

In that spirit, herewith various notes from our days in the national capital for Canada’s sesquicentennial.

It rained. A lot. Some hardy souls braved the downpour to take in Justin Trudeau’s sunny ways on Parliament Hill, but in what the CBC termed a “fiasco” thousands never got past security, wasting hours in lines that went to nowhere. Which is a good reminder that we don’t celebrate Canada’s government on Canada Day, but Canada.

The last time I was on Parliament Hill for a royal visit was back in 1989, when Her Majesty Queen Elizabeth The Queen Mother came to mark the 50th anniversary of the royal tour of 1939 that she made with King George VI, about which she famously said, “Canada made us!” It’s rather a long way down from there to the Prince of Wales so I skipped the events on Parliament Hill entirely, preferring the Cardus events at our “Canada 150 Hub” and the special “Mass for Canada” at Notre Dame Basilica. Upon leaving the basilica after Mass, the crowd was assembling to see the Prince of Wales and the Governor General inspect the ceremonial guard at the peacekeeping memorial, so I did see Charles after all. The Brits do a marvellous job of Trooping the Colour, but I think the RCMP Musical Ride escorting the royal landau is hard to beat for the pageantry of State. 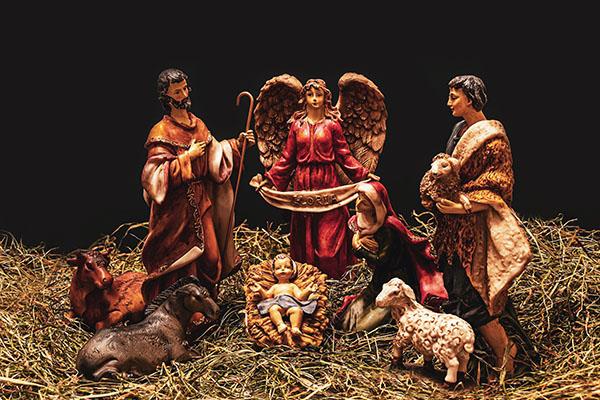 The Need for A Stable Influence
A Rude Awokening for Justin Trudeau?
Wrong Way Charlie

Government personages at great civic occasions are customary, but their absence can also be important. At our Faith in Canada 150 Gala, a marvellous evening featured a program that included a broadcaster, a native elder, a comedian, a sociologist-pollster and an operatic soprano in front of a audience that included religious leaders from across Canada. We did just fine without greetings from the mayor or the local MP or a member of the cabinet. It was better that way. Canada is not its government, and the government is not the part of Canadian society we most wish to celebrate. At Cardus, we rather think culture is more important than politics, and so a soprano singing the Lord’s Prayer in Armenian is far more important than a politician prattling on about the Charter of Rights.

The Prince of Wales was fully clothed at the Peacekeeping Memorial, which always brings a smile to my face – the memorial, not the prince’s clothes. I don’t take lightly the honouring of our peacekeepers, but the memorial is amusing as a testament of our commitment to bilingualism. On one wall of the monument appears the single word “Reconciliation”. Below it appears the word en français: “Réconciliation”. I suppose you can never have too much reconciliation, but two “reconciliations”, save for the single accent, seems, well, fittingly Canadian, or Canadien.

Sometimes the bilingualism is meant to discouragement amusement – amusement – in any language. Around Parliament Hill were stern signs discouraging street performers from amusing the passers-by. “No Busking”. French is not so adept at neologisms, so that version read: “Amuseurs publics interdits”. When it appears alongside the “No Busking” sign, it is clear what it means. But if you happened upon it by itself, you might just think that those who might amuse the public are forbidden. That would seem not only to cover buskers, but most parliamentarians too.

It’s possible to be banal in either language. The government had erected an enormous multi-storey billboard behind the building soon-to-be-known-as-the-building-formerly-known-as-the-Langevin-Block. The message the government chose to inspire Canadians? Building on our past for tomorrow. That’s almost impossible not to do. If the government-run ceremonies were, on the whole, rather insipid, it’s because building on the past for tomorrow is just a generic description of activity. Not even human activity. A beaver busy about his dam is building upon the past for tomorrow. It was slightly better in French: Préserver les trésors du passé pour les generations futures. At least that suggests there is something valuable in the past that ought to be handed on to future Canadians. It is also an apt description of a museum curator, so it might not get the blood pumping, but no doubt it quickened pulses at the National Archives at the other end of Wellington Street.

Air Canada, like many other companies, was eager to get aboard Canada 150. Out went Air Canada tweets with the hashtags they use for their sponsorship of Canada’s national teams: #FlyTheFlag, #TousFiers. Not quite the same, are they? They are not big fans of flying the drapeau over in Quebec, or rather, they fly a different drapeau altogether.  TousFiers is another of those meaningless slogans, quite suitable for Canada Day, as “Canada Day” itself is about as banal a name for a national day as one can imagine. But we are stuck with it, as “Dominion Day” was banished back in the 1980s by an illegal act of Parliament (look it up).

It was not just corporations and think tanks that were celebrating. WE, the international development charity of the Kielburger brothers, had a Canada 150 project called “WE Are Canada,” funded by the federal government, that took out retail space in the Rideau Centre to promote their various good works. In conjunction with another Canadian brand, Roots, they were offering red buttons celebrating our distinctive Canadian identity: Reston ouverts they said, with an explanatory card, which read, “Nous sommes une nation polie et cordiale qui s’excuse quand quelqu’un l’accroche.” Well, that’s true, but apologizing when others bump into us is rather far down the list of celebratory characteristics. This time it was the English that was more banal. How to translate reston ouverts? WE and Roots put a single word on the English button:  “Nice.” And despite their claim that the sesquicentennial was about “celebrating 150 years of being nice,” I didn’t see a single such button on anyone. That was more than nice.

The Need for A Stable Influence

Christians who cherry-pick Scripture for particular purposes, like the politicians who abuse Parliament by rushing through legislation, need to consider what they’re celebrating, Don Hutchinson writes.