Viersen has been at the forefront of the fight against sexual exploitation since he was elected to Parliament in 2015. For the Alberta MP, the issue is a deeply personal one. After his first daughter was born, he learned about the heartbreaking story of Rehtaeh Parsons, who killed herself in 2013 because images of her alleged rape were circulated by the perpetrators.

“At the time I remember asking myself, ‘What gave these boys the idea that it was okay to objectify and assault a heavily intoxicated young woman, and where were they learning that making and sharing videos of violent sexual acts online was normal?’”

Shortly after his election, Viersen had the opportunity to do something about it.

“I was approached by a diverse group of organizations to take up the issue of violent and degrading sexually explicit online content,” he told me. “They informed me that research was showing the access and availability of violent and degrading pornography was causing serious health impacts on adults and youth. Further, I was told that in many cases the violence in pornography was not an act—it was actual sexual assault, choking, and rape being perpetrated on women and kids. These included victims of trafficking and child abuse as well as those who initially entered into porn as a matter of choice.”

“I have always believed that protecting kids and adults from online and degrading content is a non-partisan issue.” (Alberta MP Arnold Viersen)

“That is why I drafted a motion to require the Standing Committee on Health to study the public health impact of violent and degrading sexually explicit material on adults and youth,” Viersen said. “Almost 5 years ago, I tabled Motion M-47 in the House of Commons. From there, I worked with stakeholders to build a coalition of over 50 diverse organizations from across Canada representing women’s shelters, child advocacy, and anti-human trafficking organizations.”

Some dismissed his efforts as another moralistic motion by a social conservative, but M-47 was jointly seconded by MPs from all five political parties.

“I have always believed that protecting kids and adults from online and degrading content is a non-partisan issue,” he told me. “I also met with the critics and parliamentary secretaries in each party and created a briefing kit to share the research and data that we’d uncovered.”

During debate on M-47, parliamentarians from each party stood to express concerns about violent pornography and its effect on children and adults. On December 8, 2016, nine months after its introduction, M-47 passed unanimously.

“I wanted to find an avenue for cross-party efforts to fight sexual exploitation,” he explained. “I built strong relationships with a number of anti-sex trafficking leaders, especially former MP Joy Smith, who was a trailblazer on these issues in previous Parliaments. I also met with leaders of the UK All Party Parliamentary Group on Human Trafficking and Modern Slavery. This cross-party group of MPs and Lords in the UK had been doing impressive work. I went to the seconders of M-47, former NDP MP Christine Moore and former Liberal MP Robert Falcon-Ouellette and suggested we start a similar group in Canada.” 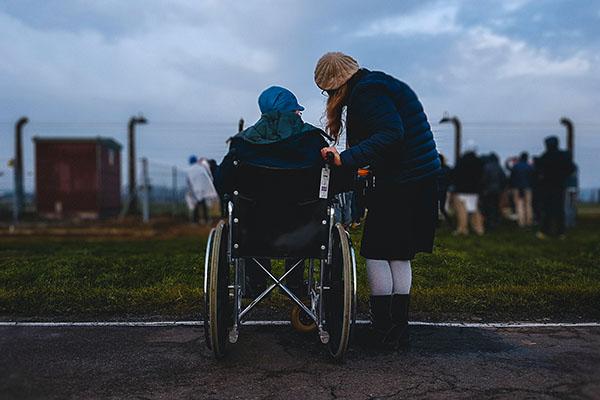 “This led to the launch of Canada’s first All-Party Parliamentary Group on Human Trafficking and Modern Slavery in April 2018. We hold regular meetings for MPs and Senators. My fellow co-chairs all share a history of standing up for vulnerable and exploited populations. It was through the APPG that I connected with Senator Julie Miville-Dechêne. She has an extensive background in working to end violence against women and girls and knew exactly what I was talking about in terms of online exploitation from companies like MindGeek.”

Before becoming a senator, Miville-Dechêne worked as a journalist for 25 years, including as a correspondent for CBC-Radio Canada in Montreal, Toronto, Ottawa, and Washington. She became the first female ombudsman of Radio-Canada in 2007; Chair of the Quebec government’s Conseil du statut de la femme in 2011; and the Quebec representative of the Permanent Delegation of Canada to UNESCO in 2016.

A feminist senator appointed by Justin Trudeau and a Conservative MP from the Prairies might not seem to have much in common at first glance, but their partnership has created mutual respect.

“Arnold Viersen has carried this issue for years,” she told me. “My very good colleague is a Conservative; I am an Independent. I am more ideologically to the Left than he is. But on this, we agree. Arnold and I—it’s been a very interesting relationship.”

It is these relationships, Viersen explained, that are forging a coalition capable of making real progress. The introduction of Miville-Dechêne’s bill is “a major success,” and “finally brings forward the number one recommendation stakeholders testifying at health committee study on M-47. It appears to have broad cross-party support in the Senate and I look forward to sponsoring it when it arrives in the House of Commons.”

"My very good colleague is a Conservative. I am an Independent. I am more ideologically to the Left than he is. But on this, we agree.” (Montreal Senator Julie Miville Dechêne)

But it was Nicholas Kristoff’s New York Times article that finally forced action.

“Following Kristof’s article, I was glad to hear the prime minister indicate he was ‘extremely concerned’ and promise to address this in 2021,” Viersen noted. “And happy to see other parties, including my own, now speaking out on this. Canada must no longer be a tech haven to companies like MindGeek that profit off the exploitation of women and children. I believe it will take cross-party efforts for real, lasting change.”

Miville-Dechêne echoed Viersen’s analysis: “It took the New York Times articles to have the government move, because Justin Trudeau was directly called out as a feminist.”

As one accepted as an advocate by those who have survived the abuses of prostitution and become activists for a community to which I have not belonged, I have engaged before Parliament and the Supreme Court of Canada; privileged to be able to use my voice, to the best of my ability, on their behalf ...