I was born as NASA's Voyagers were hurtling through the void of space, learning to walk as Voyager 2 made its first approach to Uranus, and starting school during its Neptune flyby. Now Voyager 1 will be the first man-made vessel to blast its way clear of our solar system.

Voyager 1 was launched from Cape Canaveral on September 5, 1977, escaping our solar system at a rate of 3.6 AU a year. Even at that blistering pace, it has taken decades for even this small exploratory probe to reach the Heliosheath, the sun-driven shock at the edge of our solar system. It will take another 700 centuries for Voyager to cross the distance to the nearest star. Short of scientific miracle, says Adam Frank in the New York Times, human drama will be lived out in the near space of our modest solar system. 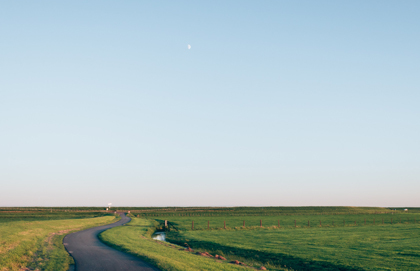 The politics of that cosmic realism come into focus for Frank: no salvation from over population, from biosphere degradation, from our own destructive tendencies. We're on our own, alone in the void. We work together, or die apart.

But what could be less inspiring, less ennobling, than a lesson in Hobbesian anarchism from the Voyager flights? On our first glimpses of Jupiter, a first pass by the majestic rings of Saturn and the gaseous gravity wells of Uranus and Neptune, to think: we are alone. Once upon a time human kind could gaze up at the night sky and have a fleeting glimpse of perspective, of our smallness, but also of our solidarity in the midst of that smallness, and of a universe in which we are, in fact, not alone. We would think of God, the divine, or the transcendent. Global issues make us partners, but they do not make us neighbours; they make us colleagues, but they do not make us brothers and sisters.

It is better to be feared than loved, say the Machiavellians, but when we fail to see the solidarity and wonder of the universe, we have hit a hard wall of cultural zeitgeist. Fear, loneliness, and rational self-interest will teach us just enough to grudgingly get along, to contract together, for our own benefit. If we are alone in this void, if space is hostile, cold, and—in all likelihood—empty, no grandeur to behold, no beauty to tease, no mystery to indwell, then we must scrape out our existence over dwindling resources, concerned with subsistence, with survival and getting our "fair" share. Is this our hard "inconvenient truth" as Frank puts it?

Critics of religion often cite its heavenly-mindedness, a borrowed Nietzschian barb, that the eyes of irrational faith fixate on a far off fictional horizon, and so neglect this Earth, its justice, and its stewardship to avarice and apathy. Maybe the fear of being alone in the void will focus human ingenuity and collaboration in a way faith has failed to do. Or maybe it is better to be loved, to love, than to fear. Maybe we are not alone, but are in fact in a universe charged with "the grandeur of God"—vast and unimaginable, poking and prodding human intellect to nobler truths than self-interest and fear, to better moral and political impulses than survival and pleasure. Surely the truth that Voyager unveils is not that we are alone in a void, but that we have been given each other in love, under a starry breadth of mystery, an enigma of shocking magnitude. That, I think, is a cosmic politics more fit for Voyager's release from our corner of the universe.