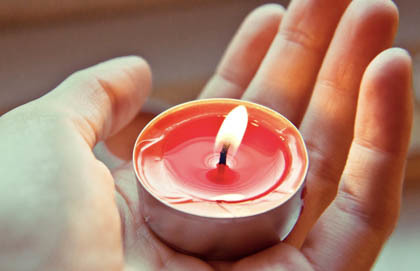 Be not afraid!” These words of the Resurrected Christ in Matthew 28:10 and echoed by Saint John Paul II at the start of his pontificate in 1978 must be our clarion call this day and every day.

As faithful people living in 2016 in Canada and in this beautiful world of ours, we can feel so buffeted and unsteady when confronted by the deep changes in our society that run profoundly counter to the truth that we profess. Often our instinct is to shrink back or to feel that little can be done.

This is not the posture of the faithful, regardless of which religious tradition we follow.

We must recall and reaffirm the centrality of our faith in our lives and in the lives of the majority of Canadians both past and present who built this country and continue to labour in building communities founded upon truth, charity and justice.

Through Faith in Canada 150, let us reaffirm the centrality of religious faith in Canadian history and in the lives of so many Canadians today. And in doing so, let us confess our faith, whatever it may be, openly and confidently in the public square and so enrich and re-energize public debate in this country.

Faith is public and private. It defines us. It calls us to action. It is true. And it is deeply Canadian. Let us have the confidence to reaffirm this fundamental historical and present fact of our common life.

Let us reject the post-Enlightenment myth that religious belief and practice is a purely private matter best kept out of the public realm. This is historically inaccurate. It is theologically wrong. And, above all, it robs from our fellow citizens the ability to actively participate in what can be tens of thousands of conversations, encounters, friendships and transformative actions that will strengthen and continue to build our country. 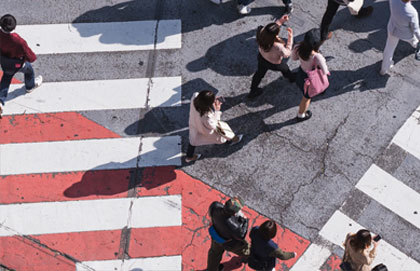 May these new encounters, friendships and transformative actions that Faith in Canada 150 hopes to germinate allow us all to speak out and say, “Be not afraid.” And to say that in truth and in charity, always in charity.

Our religious traditions must engage each other in the public square honestly and out of deep respect for our often profoundly different beliefs.

As a Christian, I believe that Our Lord and Saviour Jesus Christ is the fullness of truth, the promised Messiah and the Redeemer of the World, and that this is objectively and universally true. I believe this through revelation. I profess it in love and with the desire to encounter the Imago Dei, the image and likeness of God in every human being. This is and must be at the very core of human dignity.

In engaging my fellow Canadians of different religious traditions, I call upon them to openly, honestly and freely profess their faith without equivocation. Only then can we meet in honesty and charity and strive to find that genuine common ground to build this country for the good of all. Cardus, through Faith in Canada 150, aims to be at the centre of this conversation as we embark upon the 150th anniversary of Confederation.

The practise of religious faith in Canada motivates Canadians to great acts. This is the liturgy after the liturgy. What we profess and reaffirm in our churches, synagogues, mosques, gurdwaras and temples is the anchor for our actions in society, and necessarily in that order. For the faithful person, mere social justice without an undergirding faith is somehow lacking.

Our communities in Canada are deeply enriched by the paschal processions of Orthodox and Eastern Catholic Christians shouting to the whole world “Christ is risen”; by the faithful daily recitation by Jews of “Sh’ma Yisra’eil Adonai Eloheinu Adonai echad.” (“Hear, Israel, the Lord is our God, the Lord is One.”); by the five times call to prayer of the muezzin; and by the faithful chanting of kirtans daily in temples.

These are the professions of faith of Canadians. This is what faith is in Canada. It is eternally grounded in public acts of worship.

These professions of faith impel and compel action, to live out that faith radically in the world, to be in the world but not of the world. The historical presence of Christian hospitals, orphanages, schools, soup kitchens and universities have shaped the social fabric of Canada. The Jewish concepts of tikun olam (repair of the world) and tzedakah (justice) have such deep embeddedness in century-old institutions that have given back again and again to

Canadian society, uplifting the poor, comforting the dying and educating youth. The Ahmadiyya Muslim call of “Love for All. Hatred for None” demands an ethical response reflecting the radical monotheism of Islam. The presence of a langar (common kitchen) in every Sikh gurdwara freely providing food to anyone who seeks shelter, sustenance, fellowship and peace is likewise a radical action in a world that is too often grasping and ignorant of the poor. All of these actions speak profoundly. This also is what faith is in Canada.

Faith is public and private. It defines us. It calls us to action. It is true. And it is deeply Canadian. Let us have the confidence to reaffirm this fundamental historical and present fact of our common life.

When you next pass by a church, a synagogue, a temple or a mosque, think not of the building that may be beautiful or perhaps, shall I say, “functional,” but of what the building is for. Think of the prayers of generations that have been offered there, for you, for me and for our country.

“Be not afraid!” We must confess our faith openly and freely. Seize our freedom of religion and do not let it go. Let us, especially many of us as Christians who in the past have embraced the myth of the exclusively private space for religion, re-emerge now into the light of the public square and there encounter our fellow citizens and the image and likeness of God within them.

May God richly bless you all.