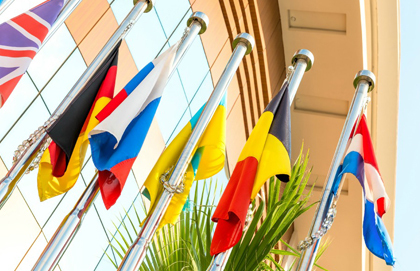 For part one of this series, please see How to Counter Religion Avoidance Syndrome, published February 23.

In advancing religious freedom as a central element of Canadian foreign policy it is important that we as Canadians have an awareness of the role that religion plays in societies around the world. To this end we need to acquire not only a religious literacy as practitioners of foreign policy, inter alia an understanding of a given religion’s core doctrines and beliefs, but we need also to acquire a faith literacy which helps us understand how faith motivates people to act within a particular society. In a highly secular society such as Canada, we must seek anew to engage religious voices, to encourage their presence in the public square, so that we not only have a better appreciation of how religious voices in other countries shape political action, but also so that these domestic voices of faith can enrich Canadian civil conversations. This is a reflection of Charles Taylor’s idea of “open secularism”.

The following interaction between myself as Ambassador for Religious Freedom and Mrs. Lois Brown, MP for Newmarket-Aurora during my appearance before the House of Commons Standing Committee on Foreign Affairs and International Development reflects this idea. -AB 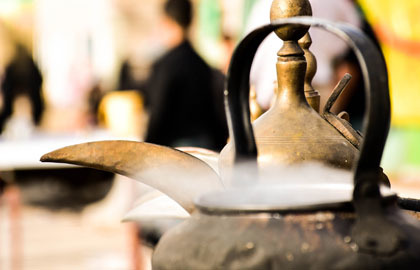 Is Canada Deaf to Religious Persecution?
Three Cheers for Motion 382
'People are facing violence and death for having a particular faith'

Ambassador Bennett, I am just going to follow up on that question with a couple of comments and then your thoughts.

Back in December we had Thomas Farr who is the director of the Religious Freedom Project at Georgetown University here as a witness. You would be very happy to hear that he said in his comments that our policy in Canada on religious freedom is so important and he said that we should resource the Office of Religious Freedom and give the ambassador everything he needs to develop policy. I'm sure you are happy to hear that.

He commented about the need to train diplomats and that we should be training all of our diplomatic service in issues of religious freedom. He said that diplomacy, if successful, would ensure peace. Now, on the other hand, in that same meeting we also had Jonathan Halevi and he was from the Jerusalem Center for Public Affairs. He made the comment that the objective of ISIS is to conquer Rome and the Vatican as the centre of Christianity.

So if we want to train our diplomats the way Mr. Farr said we should—he talked about it being the linchpin—how do you see that happening? What training should we be giving? How can your office assist? Is there more Canada can do?

Dr. Andrew P.W. Bennett: The importance of training diplomats has been recognized by a number of countries including Canada in terms of the area of religious freedom. This comes back to something that not only our offices but also many of my colleagues have observed when they've been engaged in postings overseas or even through their work here in Ottawa. When they look out into these countries, the vast majority of countries in the world have a very strong religious sense. Religion and religious faith dominate or have a place not only within a perceived cultural dialogue but also within a socio-economic political dialogue, whereby religion and religious faith have a very prominent role within society.

We live in fairly secularized societies. There's been a recognition, I think, by my colleagues and by me, and also by colleagues in other countries in the west that if we don't understand this reality, these countries where religion plays a dominant role—a lot of the time for good but also sometimes for ill—then we risk developing a very serious diplomatic blind spot. So, from the beginning of the office's existence, we have engaged in developing training modules for our diplomats.

At our first full-day training session, which was last year, we sought to highlight the importance of advancing religious freedom within the context of international human rights, and also in the Canadian context of advancing pluralism and supporting democracy and democratic development in the world. We hope to expand that training to a two-day program this year, since it was oversubscribed to last year in Foreign Affairs, to give diplomats a chance to engage in various case studies. This year, I think one of them will be on the situation in Iraq and Syria, and how you confront very entrenched conflicts that are often not simply a product of the current environment but that also have some historical antecedents that are important for us to understand.

Each year, I also speak to outgoing heads of missions. We discuss religious freedom and how to approach it when we engage in countries where there are serious violations of religious freedom. Our allies, including the Americans, the British, and those in a number of other countries, now have in place training programs that recognize the need to equip diplomats even with the language to talk about religion, and not to be afraid about engaging religion, even though we're often conditioned in our own sort of secular society to not talk about it. In these countries we need to have that understanding, so we certainly see training and enabling our diplomats to engage in this way as being very crucial.