Preston Manning argues Canadian politics is in deep trouble. The threat he perceives isn’t based on partisanship. It’s a question of incompetence and, quite often, a lack of preparation, on the part of politicians of all stripes.

Canadians elect to public office many people with less training in lawmaking than a neophyte Starbucks barista receives in how to make a cup of coffee. The barista learns to distinguish between a cappuccino and a latte. Members of Parliament and provincial legislatures aren’t even asked if they can tell one line-item from another in multibillion-dollar budgets.

In his long political career, which included founding two major national parties, Manning has never been known to identify a problem for which he hasn’t thought long and hard about a solution. Now semi-retired after stepping aside from leadership of the Calgary-based Manning Centre for Building Democracy, he’s just released Do Something! It’s a book that exhorts Canadians generally to rescue democracy, and conservatives in particular to lead that effort.

Conservatives, he argues, cannot – and should not – try to win votes by simply declaring that they can manage the welfare state better than socialists. Instead, conservatives should champion fundamental freedoms such as those of conscience, religion, thought, and expression. They should push for increased choice in, rather than more state control over, social services such as health care, childcare, and education.

The result, he believes, will contribute to more thoughtful politics. He argues they must be accompanied by an improvement of political ethics. Manning points, for example, to the low standards of ethical conduct exhibited by Justin Trudeau and his team in connection with the SNC-Lavalin affair, and to the frequent misbehaviour exhibited by Donald Trump. He notes the deterioration of ethics in politics has coincided with the decline in religious faith and a declining emphasis on moral codes across society as a whole. 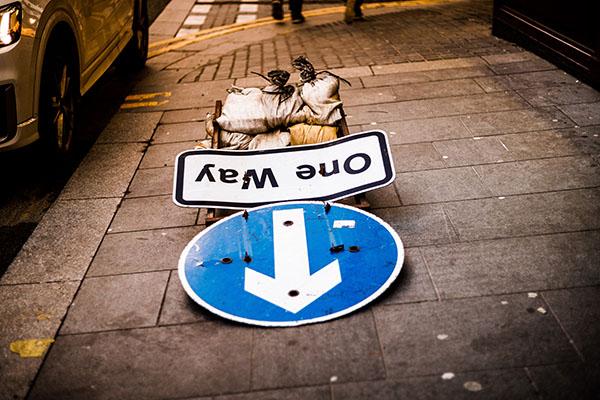 As Trudeau and Trump make poor role models for those who wish to make a positive mark on politics, Manning instead commends to readers the political career of William Wilberforce as someone with admirable ethics and as the leader of “one of the greatest issue campaigns ever conducted in the history of British parliamentary democracy” – the abolition of the slave trade, and eventually of slavery itself.

The Wilberforce campaign, Manning says, was a great political triumph. It was also an excellent demonstration of “The Great Guideline” for Christians active in politics: the command in Matthew 10:16 from Jesus to his followers, as he was sending them out to do public work in his name, to “be wise as serpents and harmless as doves.” The first half of the verse, “Behold, I am sending you out as sheep in the midst of wolves,” is also relevant as a warning to Christians entering public life.

To some extent, said Manning when I interviewed him, Christians are targeted in politics, particularly today by secular media that reject – sometimes viciously – any role for faith in the public square. Manning is also quick to caution, however, that Christians must be careful not to behave like the wolves themselves. The command to be wise as serpents and harmless as doves should also be taken as a command not to be vicious as snakes and stupid as pigeons, he says.

Indeed, Manning takes issue with the political viciousness that exists in all quarters. It is, he says, a primary reason for the dearth of competent and ethical politicians. Many people who are fit for public office refuse to run because they do not want to subject themselves, or their families, to the abuse that comes with being in politics.

A lot of the nastiness in politics, Manning observes, has to do with polarization and the rise of social media, where people often write without thinking and attack others anonymously. In a recent column in The Globe and Mail, he notes that today’s culture of “secularism infused with political correctness and identity politics” prescribes a torrent of social media abuse, with no path for redemption, for those who run afoul of its arbitrary and often unjust moral code.

Consistent with his time in the Parliament, during which the Reform Party played a critical role in pushing the Liberal government towards smarter and smaller government, Manning calls on conservatives today to provide market-based solutions to poverty and environmental challenges to counter the bad economics of overregulation and excessive wealth redistribution policies generally favoured by the political left.

The strengthening of conservatism, Manning writes, has a pivotal role to play in improving the state of Canadian democracy. The book is an effort to achieve both. Manning cites Thomas Jefferson’s observation that the ultimate powers of society ought to rest with the people themselves, creating a need to “inform (the people’s) discretion by education” to ensure the strength of democracy.

As the book shows, informing the discretion of the people requires much work – it requires that concerned citizens Do Something! Manning, as he so often has, convinces us it’s a task worth undertaking.