Celebrations planned this month to mark the centennial of Athol Murray College of Notre Dame at Wilcox, Saskatchewan, had to be postponed because of the coronavirus pandemic, but the campaign to raise $20 million Centre for Teaching and Learning on the prairie campus remains the focal point of the historic milestone.

Although the college 50 kilometres south of Regina is named for Rev. Athol Murray, it was founded in 1920 by the Sisters of Charity of St. Louis as the Notre Dame of the Prairies Convent and St. Augustine residential elementary and high school for boys and girls.

It was Murray who, in 1927, began to develop its arts program, and struggled during the Depression to turn acollection of shacks and bunk houses into a modern campus with 300 students.

Among its alumni is Alberta Premier Jason Kenny, whose father Robert was a president of the college. Reflecting its famous Notre Dame Hounds hockey team, the college has over the years also produced NHL stars such as Wendel Clark, Vincent Lecavalier, Haley Fleury and Rob Brind'Amour.  Patrick Roy sent his son, Jonathan, to Notre Dame.

The pioneering spirit of the charismatic priest who willed the college into being continues to resonate.  Murray, who died in 1975, is buried on the campus in the shadow of the Tower of God, which he builtas a testament to the three major religions of the world that worship the same Creator:  Jewish, Christian and Muslim. The fourth wall of the prominent tower is the wall of affirmation with quotes from renowned thinkers who believed in God. The stained glass windows in St. Augustine’s chapel highlight the Catholic intellectual tradition represented Saint Thomas Aquinas, Saint Thomas More, Cardinal Newman, Jean-de-Brébeuf and Hilaire Belloc. 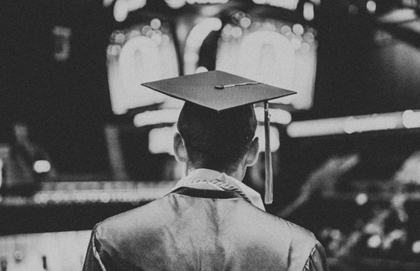 “The college maintains an ecumenical outlook. It is open to students of all faiths and backgrounds. We encourage all students to put their faith in God and live in accordance with their beliefs,” says college President Rob Palmarin.

Often it seems, came into being by Murray’s faith alone. “Pere,” as everyone called him, was a tough taskmaster. He believed that a classical education was necessary for clarity but that a rigorous athletic program was also required to nurture the body.

“As long as you have God on your side, forget the rest,” he once remarked.

“I have learned through the Greeks that to love the aristocrat, the patrician and the plebian is all right, but you must produce leaders. The Greeks, with all their great individuals, lasted only 50 years. When the United States, like the Great Athens, disappears, there is only one other country with a future full of promise, and that country is Canada. All that we need are great individuals of self-determination and self-awareness and self-realization. Those who are taught in this spirit will be filled with life and hope and joy.”

The son of a Toronto industrialist, Murray was educated at Loyola College in Montreal, at Laval, and at Osgoode Hall. A hockey-loving journalist with a salty vocabulary in both official languages, he was ordained a priest in 1918. Sent to Regina “on loan” from the Diocese of Toronto in 1923, he started an athletic club for boys as soon as he arrived on the Prairies.  When his bishop assigned him to Wilcox in 1927, 15 of his students followed him. Pere believed that even angels have to struggle so he adopted as the school’s motto, Luctor et Emergo (I struggle and emerge).

Father Murray befriended the rich – people who shared and bankrolled his vision – such as Klondike adventurer Harry Lane who in 1938 bought an old bank building in Wilcox, which became the first building on the college campus. Laura Lee Davidson, a Boston Brahmin who inherited Robert E. Lee’s personal library, donated Lee’s books to enhance Pere’s collection of medieval manuscripts. Among the collection is a copy of Golden Legends of the Saints printed in 1482 with marginal notes by Ignatius Loyola

When, author and Olympic medalist Rex Beach, another friend of Pere’s, committed suicide in 1949, he endowed Notre Dame with $100,000. Western Canadian philanthropists such as Max Bell, Fred Hill and Donald Kramer kept it running. In 1960, when Murray decided to erect an ecumenical monument to God on campus, he audaciously persuaded the President of Pakistan Ayub Muhammad Khan, King Faisal of Saudi Arabia, and King Hussein of Jordan to contribute to the Wall of Allah.

While everyone should be concerned by sexual violence at North American universities, writes Professor James R. Vanderwoerd, his newly published research indicates the best answer to toxic masculinity is cultivation of moral communities on campus.

In this respect, the institutional attitude of Wheaton College differs considerably from the personal attitude of Peter Conn, who, it appears, cannot bear the thought that the academic world should make room for people whose beliefs he despises—even if they meet the same academic standards as other ...