The genteel play of those negotiating the smooth and subtle greens of the Regina Lawn Bowling Club was disrupted this week by something that didn’t happen last summer. It rained.

And as it did, you could see the smiles begin to grow under the shadow of the bowlers’ Tilley hats and ball caps. And then grow some more until, once we were forced to abandon our ambitions, the grins were ear to ear as folks headed for home. The darker the skies became, the brighter their Prairie faces shone.

By the next morning, CBC Saskatchewan’s Regina morning radio host Stefani Langenegger was brightly declaring during my breakfast that the day was a gorgeous rainy day – a phrase I don’t recall hearing before. Her on-air companions were every bit as upbeat and chirpy as she about the dull grey skies, the apparently relentless moisture pouring from them, and the steady eddies now swirling around the grates of once-idle gutters and downspouts.

The DJ banter on my car radio was similarly upbeat, the sort of God-is-in-His-Heaven tone generally reserved for the morning after the beloved Saskatchewan Roughriders have won a CFL game or something equally capable of generating communal joy has taken place. Not that there is such a thing.

At work, there was a noticeable jauntiness in people’s steps, knowing nods regularly exchanged. Acknowledged – but unspoken – there remain many misfortunes for farmers to worry about such as hail, infestation, a sodden September, etc. The message exchanged was clear: it looks like the crop is going to be OK. The “we need rain” narrative that had dominated small talk for the past weeks was gone. Tension flowed from shoulders. Jaws were no longer poised to be grimly set. It didn’t matter if you were an accountant or a rancher; a huge and thankful sigh rose from the Prairie as one and ascended prayerfully, heavenward. 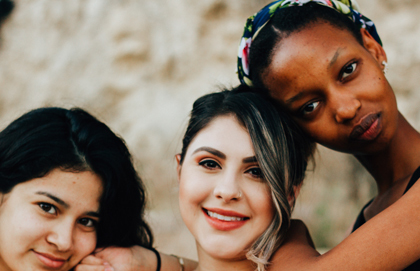 It is the most extraordinary thing to live and work among people tied, even as condominium and suburb-dwellers, so closely to the land. It is different from the way Torontonians speak of markets or how Calgarians speak of oil prices. Their narrative is from the mind and the heart. Here, it’s from the soul.

Sure, the small towns have depopulated over the years as the cities, still modest in size if not ambition, and their comforts have drawn young people away. And with each generation, the farms get fewer and larger. But still it seems there is hardly anyone in the city who didn’t grow up on a farm or is without a sibling or parent who still works the land. Many more have at least an acreage, perhaps a remnant from when the old homestead was divided up or sold off. When the rhythm of your life is anchored in the land, you live by a cycle each year that involves four seasons known as seeding, growing, harvesting and winter.

No doubt that terror has faded, but you would think it would be gone by now. Today’s farm machinery is powerful and efficient.

If the previous year was dry, as it was here, and the winter snow scarce, as it also was here, there is a fear that the water table will be too low to sustain proper germination and growth. But if May is too wet, you can’t get the seed in the ground when it needs to be. So May needs to be just right. And in June it needs to rain. Or it might be too late. Never mind insurance and other modern safety nets: since the first plows broke the sod 150 years ago, the fear of crop failure has been to Saskatchewan what a Stephen King clown is to a child’s closet.

No doubt that terror has faded, but you would think it would be gone by now. Today’s farm machinery is powerful and efficient. The science that supports agriculture is ever more refined and constantly improving the yields needed to feed the people of the world. Global markets are monitored in live time as decisions on crops are made. Will it be canola? Durham wheat? Barley, rye or pulse crops? The modern farm defies the myths that surround it in the minds of Canada’s ever more urban population. These are large and sophisticated business operations.

Then you realize that for all that, farming remains an act of faith. It is hope grounded in matters beyond your control. It is the courage to maintain confidence that the seeds you planted in the ground will get the right amount of rain and the right amount of sun so that they will grow. To farm means you have to trust that the weather will be right while knowing that it isn’t always. It means you have to believe that, the year after, it will be right even if it was wrong the year before.

Sometimes you just have to keep believing because the one thing that guarantees failure is the loss of that ability to believe. Rain isn’t just water here, it’s an affirmation of faith.