Recent surveys by Statistics Canada, the Pew Foundation, Baylor University, and the University of Lethbridge's Reginald Bibby reveal a steep decline in Christian allegiance, particularly among young people. At the same time, the number of people claiming that they have "no religion," identifying as "pagans," and admitting to an interest in irrational beliefs or occult practices has grown rapidly. Such trends ought to worry anyone interested in the survival of the Judeo-Christian tradition, democracy and society as we know it.

A main reason for the decline of Christianity and the growth of alternative religions appears to be an almost total lack of historical knowledge among people under 40. Anyone who has spent much time with students knows most are virtually illiterate when it comes to history and usually identify Christianity with bloody crusades, the oppression of women and slavery. Yet as Rodney Stark shows in his excellent work For the Glory of God such beliefs show a profound ignorance of history.

This ignorance of the Western tradition is apparent in the fact that, today, many Canadian students know far more about Native American myths than they do about Greek or Roman myths. In many schools, a love of the exotic predominates over traditional topics in the name of multiculturalism. What is galling about this is that anyone who examines older school textbooks soon discovers they are actually far more inclusive and expansive than most of their modern equivalents. For example, in them one frequently finds systematic accounts of Canadian history alongside the history of ancient Egypt, Greece, Rome, China, India and pre-Columbian America.

In other words, the older textbooks are often far more multicultural and balanced than those used today. Anyone who doubts this has simply to look at the Highroads of History series and its companion anthology of stories, The Royal Readers, which first appeared in the late 19th century and continued in use well into the 20th. Of course, they have their weaknesses, but they are remarkably broad and multicultural in their outlook.

Today, however, most people get their limited knowledge of history from programs aired on the History Channel or from novels such as those of the best-selling British-American author Bernard Cornwell. His fascinating Sharpe series of books and TV programs about the Napoleonic wars were a runaway success. Since then, he has gone on to publish a variety of novels dealing with different periods of history.

Probably the closest most people come to learning about King Alfred of Wessex (849-899) is from Cornwell's The Warrior Chronicles/Saxon Stories, which began with his gripping The Last Kingdom. This is because Alfred is one of those historical figures who suffer from the neglect of systematic history teaching. Today, few people, even in Britain, know of Alfred, whom older history books call "Alfred the Great." Perhaps it was those earlier generations thinking of him as "great" that prevents modern schoolbooks and popular writers from taking him seriously. Yet a careful study of his achievements shows that he truly was a great Christian king.

In Cornwell's admittedly well-crafted stories, Alfred appears as a wizened, narrow-minded, fanatical, world-denying Christian surrounded by equally fanatical advisors, most of whom are Catholic priests devoted to serving Rome. By contrast, the hero of the novels is a Northumbrian warrior who has renounced Christianity to embrace an older, world-affirming paganism even though some of his closest friends and allies are Christians.

Cornwell, who describes himself as an agnostic married to a practising Anglican, does pay close attention to detail and is well versed in English history. His decision to create a pagan hero set against the background of Alfred's court in order to depict a narrow-minded Christianity is a good way to engage the reader.

The problem is that anyone who is unfamiliar with Alfred's very real achievements is likely to find this form of paganism more attractive than Christianity. The novel distorts actual history and creates a false vision of the past that serves to turn perceptions against the Judeo-Christian tradition. 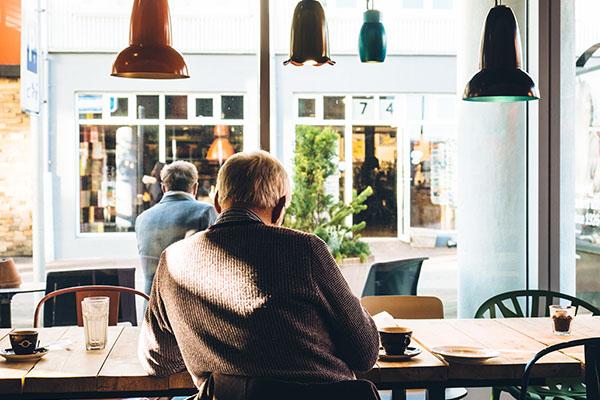 Historically, what we know of King Alfred comes from his legacy of military successes, social reforms, wise legislation and writings. It is this legacy and its Christian origins that is in danger of vanishing if all we know about him comes from novels such as Cornwell's.

Yet in Volume 1 of his History of the English- Speaking Peoples, Sir Winston Churchill credited Alfred with "a commanding and versatile intelligence" that enabled him to weld "together a nation." According to Churchill, it was "King Alfred's Book of Laws, or Dooms" that "grew into that body of customary law administered by the shire and hundred courts" which "the Norman kings undertook to respect, and out of which... Common Law was founded."

Perhaps the most important thing about Alfred's laws is that they were firmly based on Christian principles that stood in sharp contrast to continental ideas, known as Salic law, that were favoured by Charlemagne and most European rulers. Alfred created his own legal system by blending "the Mosaic code with Christian" and local laws or customary usage. Salic law, meanwhile, barred women from inheriting political office.

Alfred's daughters, by contrast, inherited property. They were well-educated and his eldest, Aethelflaed (870-918), eventually became sole ruler of the English Kingdom of Mercia after her husband's death in 911. Even before that, she was a powerful ruler alongside her husband and issued laws in her own name. Importantly, and surprisingly for that time, she was a war leader who became a conquering general when she commanded the successful Mercian assault on the Viking stronghold of Derby in 917.

At the core of Alfred's policies was his belief that "a realm was not worth defending, unless it itself defended worthwhile things...." Therefore, he demanded that his nobles and all government officials be literate and have a basic education. To this end, "he began an elaborate programme of translating key texts into English..." This program provided his Court with its basic ideology.

Alfred's "translations" were both translations and adaptions of Latin texts to the needs of his people. Thus, he "translated" The Consolation of Philosophy by the Roman writer Boethius as a means of teaching his nobles that they had a Christian duty to serve their people. His English edition was not an exact translation of the original because he added things that he thought necessary to make it more relevant to his readers.

Today some translators call this type of translation "dynamic equivalency." However much that literary purists may question such usage, there is no doubt that Alfred's technique had a long-term influence on later writers, including the Norman medieval historian Geoffrey of Monmouth. It is also true that his writings became the bedrock of later Royal ideology. Thus, various other people, including Geoffrey Chaucer and Queen Elizabeth I, also translated Boethius because they saw in his work examples for rulers and the ruled alike to follow.

Alfred also established the Anglo-Saxon Chronicle, thus making history part of the consciousness of all English readers. This reflected "his conviction that a life without knowledge or reflection was unworthy of respect," according to Sir Frank Stenton in Anglo-Saxon England. In this way, he encouraged the growth of an English vernacular literature and education. The Chronicle continued to be produced long into the Norman period.

Through his translations and development of a literate ruling class, Alfred laid the foundation for the eventual birth of the English language. Thus, at the time of the Norman Conquest, "Anglo-Saxon England was distinguished by the largest and most impressive bodies of vernacular literature in the whole of the early medieval West."

After initially attempting to use Old English in government documents, the Normans abandoned the language for the more familiar Latin largely as a result of Anglo-Saxon resistance to Norman rule. Nevertheless, despite the imposition of Latin as the "official" written language, Old English was still used in 14 per cent of manuscripts produced in England a century later. Then, after a relatively short period of decline lasting about two centuries, a new literary language emerged that evolved into modern English.

From this it seems clear that without Alfred's programs of education and translation, Norman French would have replaced Old English to become the language of England. Instead, second- and third-generation Normans slowly came to use, and later love, English. Thus, Anglo-Saxon found its place alongside French and Latin, which it then merged with to create English.

Alfred laid the foundation for the triumph of English that has played an important role in the creation of the modern world, our view of human rights, the spread of education, and law based on Christian values. Has any other medieval king in the whole of Europe made a greater contribution to world history?