We live in a time when metaphysics has a bad name. Any expression of interest in the subject by a university student is likely to make his peers cringe or leave them wondering whether the poor fellow has lost his wits.

Defenders of metaphysics take pride in pointing out that it is the intellectual discipline to which the three greatest philosophers of all time—Plato, Aristotle and Saint Thomas Aquinas—gave the highest priority. They did so because metaphysics has to do with the most universal object of the intellect, which is "being" or, if you prefer, the totality of what is real. But modern philosophy, shrouded as it is in skepticism and seduced by the achievements of natural sciences, doubts that anything worthwhile can be said about such an object, the result being that it is generally ignored or viewed as esoteric.

Metaphysics exists because, beyond what the natural sciences can tell us about particular determinations of reality, the whole of reality has an unchanging structure that lies beyond (meta) its purely physical determinations and cannot therefore be captured by our senses. Such a structure cannot be investigated through the methods of science and calls for modes of inquiry proper to philosophy. More specifically, metaphysics is about "the first principles of being." And while this might seem a subject of little interest for those who view themselves as practical and pragmatic, it is, as Edward Feser shows in his most recent book, virtually impossible not to make metaphysical assumptions in our ordinary daily life. Whatever we do or think generally involves some kind of metaphysical assumptions, whether we are aware of them or not.

Feser's objective is to provide an introduction to scholastic metaphysics, an intellectual tradition whose best-known representatives are medieval philosophers such as Thomas Aquinas, John Duns Scotus and William of Ockham, as well as certain 20th century neo-Thomists such as Reginald Garrigou-Lagrange, Jacques Maritain and Étienne Gilson. In this century, the tradition is represented by "analytic Thomists" such as John Haldane and Craig Paterson. The book is divided into five chapters: an introductory chapter and four chapters dealing with what scholasticism views as the fundamental structures of reality: act and potency; causation; substance; and essence and existence.

Feser devotes a good part of his introductory chapter to debunking scientism, and for good reasons. The current dismal reputation of metaphysics is largely attributable to the widespread naturalist position that scientific knowledge is the only conceivable kind of useful and objective knowledge, which is precisely what scientism is all about. It affirms that the natural sciences explain the whole of reality and that nothing is real except fundamental physical particles. This implies that there can be no such thing as metaphysics and that the whole history of Western philosophy, which goes back to Socrates and Plato, represents nothing more than a naive, infantile stage of mankind. Human beings, we are told, are nothing more than purely material creatures devoid of any spiritual element; and all claims assuming the existence of such an element (i.e., statements pertaining to religion and morality) are nothing more than expressions of delusional belief serving as a crutch for the dim-witted. This scientism is now the common denominator of most ideological currents in academia and the media— pragmatism, libertarianism, environmentalism, and multiculturalism. Since scientism views faith and reason as essentially antithetical, it is no wonder that these ideologies share a common loathing for Christianity.

The purpose of the introduction is thus to demonstrate the legitimacy of metaphysics by refuting the claims of scientism. Feser's refutation consists of four arguments. What makes them interesting is that he confronts the critiques of contemporary philosophers, especially of the analytic tradition, by giving a clear account of each of them and showing how they are logically unsustainable. This chapter alone makes reading the book well worthwhile. 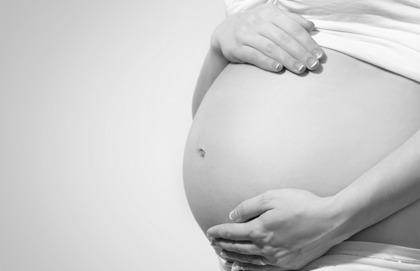 Sex and Post-Modern Sophists
When ad Hominem Attacks Are All You Have
Mathematics and social architecture?

Feser's first argument is that the claim that the methods of science alone provide us with the ability to investigate objective reality is itself unscientific as it cannot be demonstrated by scientific methods. Scientific investigation presupposes a number of things, for example that there is a real world outside the investigating mind, that such a world is subject to natural regularities and that it is possible for the mind to define the latter. These are notions that science simply takes for granted because they cannot themselves be the object of scientific investigation.

It is only through the adoption of an "extra-scientific vantage point," that is, of a philosophical perspective incompatible with scientism, that they can be justified. Feser notes that some advocates of scientism try to counter this argument by arguing that philosophical arguments justifying science should themselves be treated as part of science on the grounds that "all rational inquiry is scientific inquiry." However, this line of argument is really an attempt to incorporate non-scientific arguments into a defence of science, which contradicts the basic premise of scientism.

The second argument against scientism is that science as we know it provides only a very incomplete view of reality, including physical reality. Science focuses on the quantitative aspects of reality and deliberately leaves out all aspects that are not measurable, that is, all the qualitative elements we perceive through our senses and intellect—odours, colours, sounds, ideas, purposes, etc. The reason science focuses on the quantitative rather than the qualitative is that it seeks to predict and control the physical realm and, given such a purpose, the qualitative dimension of reality becomes irrelevant.

For the advocates of scientism, this raises two problems. First, in focusing solely on the quantitative aspects of reality, science presupposes that qualitative features are not truly part of the material world and exist only in our perceptual awareness of matter, that is, in the mind. What exists in the material world is only "colour as redefined by physics… sound as redefined by physics… and so forth." But, whether correct or not, such a view entails that the mind itself perceives qualitative features. Consequently, it cannot be purely material and must include a spiritual element—a view that scientism cannot admit. Second, as naturalist philosopher Bertrand Russell argued in My Philosophical Development:

"[Theoretical physics] lays down certain fundamental equations which enable it to deal with the logical structure of events, while leaving it completely unknown what is the intrinsic character of the events that have the structure… All that physics gives us is certain equations giving abstract properties of their changes. But as to what it is that changes, and what it changes from and to—as to this, physics is silent."

This means that although physics may enlighten us about the abstract structure of the material world, it does not tell us everything about it and, indeed, "tells us that there must be something more to physical reality than what is has to say."

The third argument against scientism is that the "laws of nature" that science uses to explain phenomena can never provide an ultimate explanation of reality. The problem here is that the notion of "laws of nature" raises questions about their essence, origin and modalities of efficacy that science simply cannot address as a matter of principle because it presupposes such laws. And since the laws of nature presuppose the existence of the physical universe, we cannot appeal to them to explain the existence of the universe. Some advocates of scientism claim that such questions are pointless because they simply cannot be answered whatever the approach used to address them. But that is not a scientific claim and, as Feser purports to show in later chapters, scholastic philosophers can provide rational answers to them.

The fourth argument against scientism is aimed at those who, like Stephen Hawking, conclude from the outstanding achievements of modern science and the rather dismal achievements of modern philosophy that science is the only kind of true knowledge. Feser points out that it is simply fallacious to argue along such lines because the argument presupposes that success equates with truth, although there is a total disconnect between the two. To illustrate his point, Feser makes the following argument: metal detectors have had far greater success in finding various metallic objects in more places than any other method has; consequently, what metal detectors reveal to us (metallic objects) is probably all that is real.

There is much more to Feser's book than its impressive refutation of scientism, and readers who seek to understand how scholastic metaphysics deals with issues such as theism, the reality of universals, the power of natural reason and the normativity of natural law will find its reading quite rewarding. But given the current prevalence of scientism among academics and scientists, it is perhaps his introductory chapter that will draw the greatest attention.

The ancient Greeks had something to tell us about the failure to have children. Alas, 21st century sophists think they were just kidding

When ad Hominem Attacks Are All You Have

In his piece, Millhiser focuses on how Heritage and ADF have historically opposed and criticized the US Supreme Court’s decisions that have found a constitutional right to privacy Because the argument being put forward by ADF and endorsed by Heritage strategically uses the current law—law I presume ...