There are so many ways 1917 could have gone wrong that it’s a miracle that it didn’t. I’m talking about the movie. But it also applies to the year, which seems an unlikely setting for a riveting, harrowing, yet ultimately heartwarming adventure tale.

As does World War I as a whole. And I was potentially a hypersensitive reviewer because I did a documentary for Sun News network on the 100th anniversary of the start of the “Great War” that, to my surprise, evolved into a vindication of the Allied effort in that dreadful struggle. Which took some doing as World War I remains the defining event of the 20th century, and not in a good way. The endless and, in many people’s minds, pointless slaughter produced geopolitical, cultural and even moral upheaval including spawning both Bolshevism and Nazism. It doesn’t get much worse than that.

Plot spoiler alert: The year 1917 saw the Russian Revolution. Which you’d be inclined to say meant the year turned out so terribly the only person who’d make a supposedly uplifting film about it would be Sergei Eisenstein. Especially as 1917 also witnessed the appalling battle of Passchendaele, a.k.a. Third Ypres, raising the question of who would look at the first two battles of Ypres and say let’s do it again. It’s like why there are two Yemens. But (I promise we’ll get to the film shortly… I’ll stop talking about the war just as soon as you buy my documentary and the companion book) it could have been far worse.

What is not often appreciated about Passchendaele, which is admittedly a hard battle to appreciate, is that like the Somme it was not merely a strategic necessity, it was a strategic triumph. Reading conventional views of World War I you’d never even guess we won, let alone that we did it through skill and determination.

But while the Somme broke the back of the German army and forced them back into the Hindenburg Line and unrestricted submarine warfare (as Quartermaster of the German Army Erich von Ludendorff put it: “We must save the men from a second Somme battle”), Passchendaele was necessary because the French army had mutinied. And if German attention and forces were not drawn away from the southern part of the Western front the war would have been lost, all the sacrifice would have been in vain, and an aggressive Wilhelmine Germany would have dominated the world.

OK. Can you please talk about the film? Yes. Yes I can. 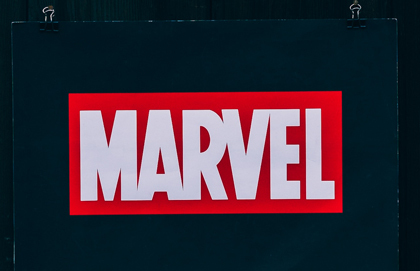 But all that prelude was necessary because the first way the film 1917 could have failed was, like the film Passchendaele, to be a trite anti-war movie. And while 1917 does not flinch from depicting the horror of war, from the slaughter to the psychological strain to the discomfort (except I think its trenches were insufficiently dirty, smelly and wet), it never turns into Apocalypse Now where the politicians and officers are insane and everyone else ends up that way too.

On the contrary, most of the officers are shown as decent men doing a horrible job under horrible conditions. Even the one we’re expecting to be Colonel Kurtz surprises us instead by being… Benedict Cumberbatch, who has a remarkable knack for turning up in movies you’re enjoying more than you expected.

The film could also have failed by being a tritely conventional buddy movie. Which it’s not, for reasons I won’t reveal and one I will: We really like the characters, we sympathize with them and we believe them.

Since no review would be complete without at least one unfair criticism, I should say that trying to bring World War I to the big screen on a budget of $100 million is not easy and there are times when I found the “empty battlefield” a bit too empty. But otherwise the war is very real including that the Germans in this film are not misunderstood. They are deadly and malicious adversaries who need to be defeated.

Another deep and slimy crater into which 1917 might have sunk never to escape would be to fail to generate and sustain the requisite tension in the requisite way. Instead I was on the edge of my chair throughout, especially remarkable since it was one of those big comfy recliners with which modern movie theatres delight patrons. And while I said 1917 never turns into Apocalypse Now there is one Dr. Caligari-style scene in a ruined city, lit partly by harsh flares and partly by a burning church, where the main character rushes through a maze of perils physical and psychological. But it works very well.

There is something else about the movie that is very surprising and I think I can reveal it without plot-spoiling. It is very much a movie about men, in the best possible way. Those we meet, from the main characters to the officers, are strong, resolute, brave, determined and compassionate.

When (OK, a bit of a plot spoiler) Schofield goes looking for Lieutenant Blake, an NCO tells him that knowing Blake, he’ll be out on the battlefield with his men or at the casualty clearing station. And sure enough, we find him at the latter, unhurt though dirty and bloody, unfailingly seeing to his wounded men. And the crucial hand-clasp toward the end is between two men who are exactly the sort we should like to be if we are men, or to have in our lives if we are women.

I only really understood why the film did not fall into the biggest pitfall at the very end, of cheapening the soldiers by cheapening their struggle, when it paid tribute to “Lance-Corporal Alfred Mendes who told the stories” or something to that effect. I did not whip out my cell phone and take a picture because even if there were not rules against it, I like the rest of the audience sat stunned as the credits rolled.

But I realized Mendes must have been the grandfather, great-uncle or some such of director Sam Mendes.

So the film was, at its heart, a tale of the war as it seemed to one who fought in it. And it is a tale well worth telling.

Give Me All The Flickering Lights

Doug Sikkema reviews Joseph Gordon-Levitt's beautiful short film, Flickering Lights, which invites viewers to become participants in a collage of moments where the subtle play of light both arrests and moves the viewer.