This is part one of a two-part series from Tara Vreugdenhil. Click here to read part two: "Pushing Back Against Vaccine Bullying"

As Peter Stockland noted in a recent article, Canadians have either become very comfortable with their freedoms being infringed on, or they misunderstand what freedom is. The current trends and discussions around so-called 'vaccination passports', and the social pressure to 'get your shot' as well as the expectation that your employer, family, and friends have the right to know if you have your shot, all point to the reality: freedom in Canada is waning and Canadians are ok with it.

While it is accepted that the COVID shot:

It is also true that the COVID shot:

Let’s be clear on our use of terms. The COVID shot is not a vaccine as we have always understood it to be. Disturbingly, the definition of vaccine has been quietly changed in dictionaries since the introduction of the COVID shot. Here is the Merriam-Webster online dictionary definition of COVID as of:

Changing the definition does not change the reality. Facts don’t change even when people try to manipulate others with fuzzy use of language.

To support the narrative around ‘getting your vaccine’ as though it is the same as the other vaccines we are all used to, the definition has changed so the COVID injection can be called a vaccine by definition.

So, let’s be clear. We are not talking about a traditional vaccine, as many understand it. We are talking about a newer technology, which includes the use of mRNA messaging and, unlike traditional vaccines, it does not use the live or inactive virus as the means for your body to create antibodies, as per the Centers for Disease Control. Instead, (in the best of my layman's knowledge and verbiage), the mRNA messaging uses one COVID spike protein to give your body the information it needs to recognize and fight the virus.

While the shot may be perfectly safe, its nature is different from a traditional vaccine. As a new technology, there is simply not as much evidence related to children, fertility, and side effects to make all people comfortable taking it. The authorities and researchers claim the shot is safe, but many wonder if the research has been as exhaustive as it needs to be for vulnerable and developing populations e.g., children and pregnant women. 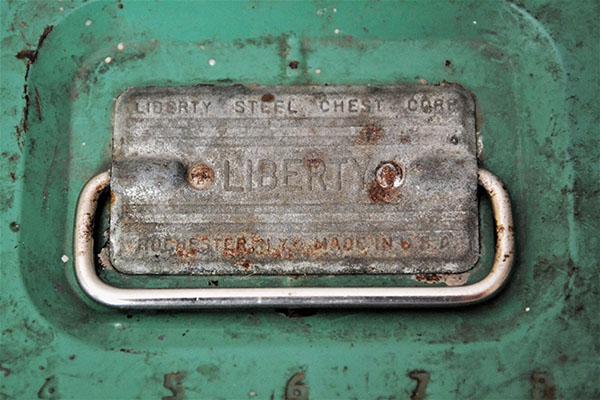 I don’t find this unreasonable; I think it raises fair questions. Many will take the shot despite those questions. But some will not. We may find that further research continues to reveal the safety of the shot, but researchers have been wrong plenty of times too. Why is there to be deceptive use of language as though that will help convince people to get the shot?

(Full disclosure: I have had both my shots. That doesn't mean I will tell others that they must get theirs. And this article is not intended as medical advice or to discuss the merits of taking the shot or not.)

We now have calls for vaccine passports, limitations on access to public places, and general social derision and pressure for those who won’t take the shot. But to justify taking the shot as a public health measure, there must be a public health benefit. And yet, what impact is there do those without the shot have on those with it? Unless the impact is clear, there is no justification for such broad public health measures, or ‘class’ distinctions in terms of public access.

The argument for making shots mandatory is presumed to be related to eradicating or reducing the spread of the illness. However, it has been shown that the shot does not, unlike many traditional vaccines. eradicate the disease. It just makes it less severe so any attempt at arguing for that is a fallacy. In terms of reducing the spread, there is no actual herd immunity (again, unlike traditional vaccines), because that would require that the shot actually eradicates the disease. But at best we only have herd resistance i.e., the majority of people are less likely to develop symptoms, therefore less likely to spread the disease.

If the goal is to reduce the spread, then having a per cent of the population with the shot should be enough to reach herd resistance because even if they get it, they will be less likely to spread it. Perfect. Our goal is achieved. This leaves us with those who are hesitant to take the shot - and yet does their 'vaccine status' actually impact the spread of the illness?

Thus far, the general messaging has been that the chances of spread are primarily related to symptoms. The CDC indicates both those with and without the shot can spread COVID whether they are symptomatic or not. However, spread is more likely to be caused by symptomatic people, so if we all continue prescreening, that will presumably prevent the spread. For extra precaution, and especially with vulnerable populations, continued masking could be considered in case you are asymptomatic. Yet this is necessary for those both with and without the shot.

The only person the shot protects is the person who gets the shot. So why the push and easy acceptance for vaccine passports and coercion to get the shot? There is no logical or scientific sense here.

If the shot doesn’t stop transmission or give you protection from COVID, why get it? Because it gives serious protection from serious illness or death in case you do get COVID. Evidence is quite clear on that point. That being said, the only person the shot protects is the person who gets the shot. So why the push and easy acceptance for vaccine passports and coercion to get the shot? There is no logical or scientific sense here.

Those with the shot are protected from serious illness. Those who are not risk getting the disease at the same rate as a person with the shot, but risk getting more sick, and possibly dying. That is their prerogative with their body. What additional risk do they pose to the rest of the population that would mandate infringing on their bodily autonomy?

There is a presumption that those without the shot put everyone else at risk, but where is the evidence for this? What is the effect on people with the shot if those without it are in their vicinity? Since both those with and without the shot can spread COVID, and the most effective means to prevent spread is to stay home if you are symptomatic, getting the shot (or not getting it) should be the epitome of an individual decision. Because it puts at risk exactly one person: the individual who has chosen (not) to get the shot. All takes their own risk.

Some talk about viral load as a determining factor for spread, and contend that those who have had the shot have a smaller viral load. And yet there, too, it is hard to find consistent messaging across various sources. Some say viral load matters, others say no. Some say having the shot reduces viral load, some say it doesn’t. In reading different sources, I get the impression the science and research on real world results is still too fresh to be sure of the exact nature of the nuances of factors related to spread.

We need to get back to some degree of normalcy. At the very least, regardless of whether a person has the shot or not precautions related to ‘pre-screening’ can still apply. Very few reasonable people will argue that point. Take away masks, take away distancing, (because they have negative impacts on social development and mental health too), but if pre-screening continues, both those who do and do not have the shot will limit their potential spread of COVID because they are not going into public places when they are symptomatic and contagious. Is this not the premise we have all been living by for 18 months?

If you have any degree of symptoms, you will potentially spread the disease, whether you have the shot or not. (For extra precaution, those in contact with symptomatic people should be on high alert). But those with the shot are more likely to have mild symptoms, therefore less likely to spread it and more likely to pass prescreening. This doesn’t change the basic principle: If you have symptoms, stay home. Again, having the shot makes no difference to anyone except the person who decided not to get it.

Photo by Mika Baumeister on Unsplash.com