They are the wretched of the earth (to use Haitian writer Franz Fanon’s phrase), the world’s homeless wanderers.

Filippo Grandi, UN High Commissioner for Refugees stated recently in his official Twitter account that during the past year when the pandemic put much of the world on hold, 82.4 million people were forced to flee their homelands in fear of war, terror, persecution and other forms of violence.

Whether internally displaced in their own countries or seeking refugee status from temporary homes elsewhere, these diverse groups of people are clinging to the fragile threads of their lives in tents, cramped, airless apartments or even in the streets and alleyways of countries such as Lebanon, Syria and Iraq and Palestine.

International attention on them tends to follow the news cycle, focusing briefly on one or another group when a military coup or other major upheaval rocks their country, and then relegates them to invisible status when the cyclone of violence moves to another part of the world.

Two groups that are not currently in the glare of the media spotlight, but are still in dire straits are Christians and Yazidis of the Middle East.

Collateral damage in the power struggles of powerful regional actors, they suffer silently with their lives on hold, waiting for bureaucracies in countries like Canada to process their refugee applications—and with fading hopes of returning to their homelands where all vestiges of their past lives have been destroyed.

Adding to their troubles, these refugees live with the threat of war and violence constantly hanging over their heads.

For example, the Wall Street Journal and other media reported last week that the U.S. had conducted air strikes on the Iraq-Syria border. According to the Pentagon, the strikes were in response to drone attacks by Iran-backed militias on American personnel and facilities.

Collateral damage in the power struggles of powerful regional actors, they suffer silently with their lives on hold, waiting for bureaucracies in countries like Canada to process their refugee applications….

But faith leaders and advocacy groups are stepping up their efforts to make sure that the cause of these invisible refugees is not lost in the shuffle between military actions that trigger media headlines, and shifting public policy priorities.

“Pope Francis has issued a statement focusing on the plight of Christians and others of Syria, Iraq Palestine and Lebanon,” Carl Hétu National Director of Catholic Near Eastern Welfare Association (CNEWA) told Convivium in an interview shortly after the meeting last week of the Assembly of Organizations for Aid to Eastern Churches—known by its Italian acronym ROACO.

Hétu said that this year, with COVID restrictions he was unable to travel to the annual meeting in Rome, but participated virtually from his home base in Ottawa.

He noted that the Pope’s statement on the final day focused on conditions in several Middle Eastern countries that drove people to seek refugee status elsewhere. It highlighted the Lebanon’s economic woes, and the near-famine conditions in Syria. 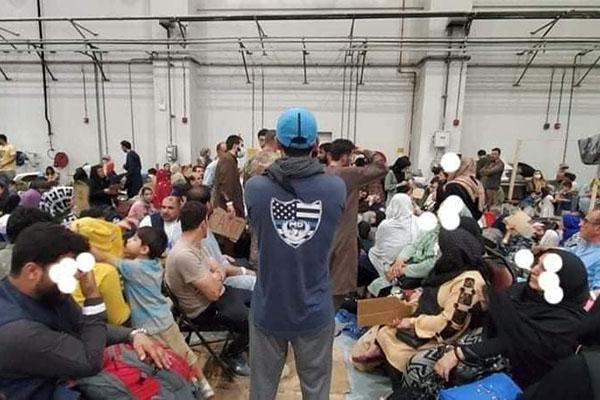 The Holy Father statement referred to the “scandal” of the decade-long war in Syria, and said that pleas for help “do not seem to have touched the hearts of leaders in a position to affect the destiny of peoples.”

Another church leader who has called attention to the situation in the Middle East is His Holiness Mor Ignatius Aphram II, Syriac Orthodox Patriarch of Antioch and All the East. At the recently concluded synod of this church in Beirut, the patriarch referred to the unstable and unbearable conditions in several Middle Eastern countries.

He referred in particular to the drinking water supply in Hassake, a city in Northeastern being cut off by the Turkish military, adding to the suffering of an already war-devastated people. He urged the international community to intervene to bring this and other forms of injustice to an end.

His Holiness also emphasized the need in Iraq to achieve greater political and economic stability and to ensure greater security for all its people.

“Christians are caught in the middle of Muslim factions, and there is no security or economic opportunity for them in Iraq,” Hétu said, reinforcing the church leaders’ points about the conditions that leave people with few options other than to flee the country.

Another group caught in the crossfire between powerful interests are the Yazidis. An ethnocultural religious group that ISIS extremists branded “infidels,” they are targets of an ongoing genocidal campaign that first exploded on the world’s consciousness when their homeland in Northern Iraq fell to ISIS in 2014.

After the first news stories broke about 200,000Yazidis who fled the onslaught of terrorism, and the sexual enslavement of their women, they have become another forgotten factor in the cycle of war and its aftermath.

But for Rev. Majed El-Shafie of Toronto, President of the Toronto-based humanitarian aid and advocacy organization, One Free World International (OFWI) Yazidis (and other voiceless refugees) remain at the centre of his work. He is determined to continue his efforts with or without news headlines to draw attention to their plight, and despite what he describes as “donor fatigue.”

A recent fire in the Shariya camp in the Kurdistan Region of Iraq, has deeply affected Yazidis who are resettled in Canada, El Shafie told Convivium in an interview. The camp is home to 15,217 Yazidis, who fled Isis in 2014, and are still living there as internally displaced persons (IDPs).

“We have been helping and supporting Yazidis for the last eight years, and we will continue to support them for another eight or eighty years—as long as they are in need,” El Shafie said.

“There is no life in these camps, only death.”

Empowering Yazidi women survivors of ISIS brutality has been a major focus of OFWI’s work, he explained.

El Shafie is particularly proud of Adiba, a Yazidi woman survivor who has lived in Canada for the past four years, and recently went back to Iraq to help her compatriots and bring back a report for OFWI.

“There is no life in these camps, only death,” Adiba told Convivium in an interview, with El Shafie translating from Kurmanji, her native language. She said her aunt was one of the unfortunate people who lost her tent and all her possessions, and is living in the streets.

Like many other Canadian Yazidis, Adiba would like to bring members of her family to Canada under the family reunification plan. In April this year Immigration Minister Marco Mendecino had promised to support the settlement of 250 Yazidi family members and to extend the definition of “family” to include siblings, aunts and others.

“The Canadian government could do more to make this happen for people like Adiba and her aunt,” El Shafie said. “But the pandemic seems to be the excuse for not moving fast enough.”

Appealing to the Canadian government and to all Canadians, he added: “We need to do something fast. People are dying.”

Photo by Julie Ricard at Unsplash.com