If you ask people what the most important virtue needed for a civil society to flourish is, I'd wager that the majority would say it's trust.

What keeps our money safe in banks? Trust. What allows us to live in homes without large concrete walls and barbed wire? Trust. Why can I can drop my child off at school so easily? Trust. Trust means I drive safely in to work each day. It lets me worship in my church, mosque, or synagogue without fear of persecution. We trust our neighbours, our politicians and leaders, our bankers and grocers, our police forces and armed forces to an incredible degree every single day. And we must if we are to live free, joy-filled lives. 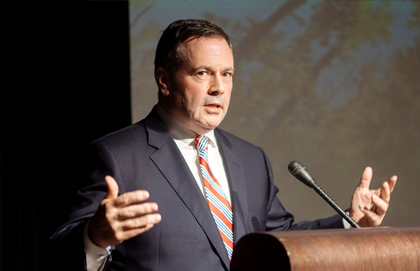 But perhaps our trust can be naïve; perhaps it can be taken advantage of and exploited. It often is, and 2014 was a(nother) year to show us that it often has been. Just glancing through the year's headlines, we find that there are many pockets of society where trust has been so eroded that the quality of life plummets. Places where politicians have taken backseat deals with big business, or places where gang violence is so high that most don't live with any sense of safety, places where the colour of your skin or your gender might mean explicit or implicit injustice. But the solution to such brokenness is to find ways to restore that most basic civic virtue: trust. Because for a civil society to function well, we need to trust that our police officers are protecting the weakest and not being paid off or intimidated by gangs, that our politicians will vote on principle and not out of short-term private gains, that our neighbours are looking out for each other, that our employers care for us, that our employees care for us.

This year, though, our civic trust as Canadians was shaken, almost irrevocably so. Perhaps many Canadians trusted that quiet, peace-loving Canada could remain immune from the larger workings of the world—specifically the sabre-rattling going on a world away in Syria and Iraq. Although, such a suggestion is to suggest an underlying naïveté that my colleague, Peter Stockland, poignantly reminded us is not really the case. And in the United States, the events in Ferguson and elsewhere also revealed the deep racial wounds which still fester below the surfaces of much civil life south of the border.

This year, which saw two Canadian armed servicemen brutally killed and race protests flare up across the United States, was another reality check placed upon our trust. In fact, earlier this year when leaders of ISIS called their converts to take up arms against the unarmed in the West—specifically naming Canada and the United States—in order that we would be unable to sleep peacefully even in our own beds, the call was meant to intimidate, to instill a pervasive sense of dread and insecurity in order to shatter the trust that holds our societies together.

And after watching the images replayed from those fateful days in Ottawa, I can't help but think there's a certain victory that the forces of oppression—with all their unexpected, unexplainable brutality—will always wield over citizens who opt for peace, order, and good government. Yet perhaps this is why, as we move forward from another year filled with violence and corruption, we don't need to abandon our trust as, in fact, I know most won't. But we do need more than trust: we need courage.

C.S. Lewis once said, "Courage is not simply one of the virtues but the form of every virtue at the testing point." This year our trust has indeed been tested, pushed to its limits. So, as we go forward in our various spheres of life in 2015, perhaps as we invest our money, or we drop our kids at the park, or see a group of young soldiers practicing drills in a public space, or go off to our places of worship; we do all these things boldly with heads held high, no longer only as acts of civic trust, but also as acts of civic courage. Because now that our trust might be scraped away, what we should find below it is not cynicism or gullibility, fear or cowardice, but a courage, bravery, and a firm resolve that civil society does not cower in the face of unjust forces which seek its undoing.

Speaking to a Cardus-sponsored event in Calgary on Thursday evening, United Conservative Party leader Jason Kenney highlighted the 1774 Quebec Act, Mother Teresa of Calcutta, the AIDS crisis of the 1980s, refugee resettlement, the Canada Summer Jobs program, and the mileage on his Dodge Ram pickup as sources for his renewed vision for Canadian conservatism within liberal democracy.

Against the seemingly intractable problems of world hotspots such as the Middle East, it can sometimes seem naïve to continue seeking solutions. The real answer, says former MP John Weston, isn’t surrender but cultivation of a civic culture that moulds people to believe they can make a difference.