The furnace room and I have been foes for several years now and every January—a dreary, dark, frozen, don't-go-outside sort of month here in northwest Canada—I determine to bring it to heel.

It is the place where clutter and junk and boxes full of stuff you could never quite bring yourself to throw away but which have remained completely unused for years—nay, decades—pile up and up and up. The trunk into which 40 years ago I could pack all my earthly possessions lives there. As do a couple dozen stuffed toys that once belonged to children who once were children and once lived here. Their dolls and bears and bunnies have apparently vowed to live a life of silent prayer and contemplation in the dark, awaiting reincarnation in the warm embrace of grandchildren (or so says my wife). The Christmas tree stand and decorations live there, as do odds and sods of Halloween decorations and costumes. There are skates and old goalie pads, two trappers, a lacrosse stick, and a girl's riding helmet. And an entire chest full of "video tapes" that once were inserted into something called a VCR.

This year over three weekends, I laid down a whole load of "Who's Your Daddy" on the furnace room and it is now an organized, tidy space still containing pretty much all the items above, guarded over by the silent sentinel of bunnies and bears and disturbed only occasionally by the cat. 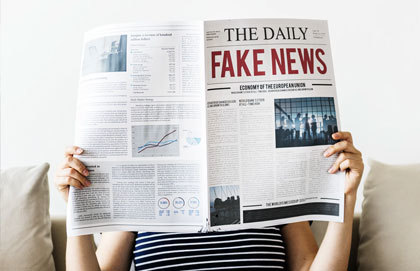 Much was cast away, but there was also treasure. Underneath the poor excuse for a bench that I built many years ago was a dusty old collection of newspapers wrapped in a binding upon which is written simply: "16 Days in February." Farther down is the logo of the Calgary Sun and, in the lower right corner where bottom lines are written, my name is embossed in gold letters.

Those "16 Days in February" were taking place at exactly this time of year 25 years ago and were the Olympic Winter Games in Calgary. In 1988 I was the sports editor of the Calgary Sun. The pages that speak of "Soviets" and "East Germans" possess the work of a generation of writers that has now passed. A couple of the younger bylines then are now among the more elder statesmen in their dying craft but most have fled the trembling carcass of print.

You should know it was once quite wonderful. There were more local print journalists working on that one event—in a city that was then half the size it is today—than there are today in the combined newsrooms of Calgary's daily newspapers. Our employers sent many of us across the world to build expertise and contacts on our beats so that years prior to the Games photographers and writers were on the trail of The White Circus in Europe and at World Figure Skating Championships and the like. They managed the corporate politics and protected us when the boys from Toronto showed up and wanted to run the joint (the first of many such experiences in my life). And they were good enough, as a gift, to bind those papers so that they could be a dusty treasure uncovered in the furnace room.

My own writing in those pages is not as bad as I feared it might be. There is some evidence of immature striving for something more emotional than the mainstream, and there are certainly strong indications of trademark Judean sympathies for desperate and lost causes. My hair is brown and robust in the photos, even though I'm not sure I'd know that guy if I bumped into him on the street.

The binder is now all cleaned up and on display in my office. A few feet away I found a home for the old vinyl LPs (I am nothing if not a slave to fashion) that were also reclaimed as treasure from the furnace room.

The album I put on top is by George Harrison:

All Things Must Pass.

Those who moil in the media have always been privately infatuated with their own opinions, but the current cohort seems obsessed with telling the public what to think, admonishes former Calgary Herald Publisher Peter Menzies.

Conscious of the fact Canada is a rather large country—the entire United Kingdom and its 60 million people fit into a land mass 36% the size of the province of Alberta and its 3.6 million people alone—they were curious to know precisely how far it is between Calgary and Ottawa ...