The religious conscience makes little sense to the non-religious. To them, a physician who denies medical assistance in dying (MAiD) to a terminally ill patient is committing the ultimate indignity.

Likewise, they see a physician who chooses to not perform an abortion as failing to respect a woman’s autonomy. The non-religious are even more incredulous when the conscientious physician refuses to give an “effective referral,” meaning to arrange for another physician to provide the “healthcare service.” It simply makes no sense.

Indeed, it does not – for those who are non-religious.

But that is the very point of the religious accommodation practiced for centuries in liberal democratic countries. We have, until recently, been willing to allow some space for religious individuals who reject the status quo because they are convinced that God requires them to act differently. Somewhere along the way, we seem to have forgotten our history.

If we peek behind the curtain of our present, we see a society that struggled with religious conscience and came to terms with it. Consider the Mennonites: In an era when Church and State practiced infant baptism, they believed adult baptism was Biblically required. Their defiance of authority led to public execution by drowning (if you want water, then die in it) or being burnt at the stake. Looking back further to Ancient Rome, we see Christians being fed to lions because they refused to perform the simple act of offering incense to the emperor. Much less daunting than an “effective referral.”

But, by the 18th century, we came to the realization in the West that religious conscience was to be respected. For one thing, it took significant State resources to deal with “heretics” – resources that were better spent elsewhere. Nor did persecution convert the remaining religious group to the “proper” views of the elites. Moreover, we discovered that those with an acute conscience were an industrious lot: they contributed more to our overall wellbeing by a strong work ethic (as they worked for the Lord, not man) and were thus worth more alive than dead.

Rather than the skirmishes of the Thirty Years’ War, we decided to live with our differences. Here in Canada, we built a country of French Catholics and English Protestants based on mutual respect – even though each thought the other would go to Hell for not accepting the truth. It has worked well for the last 150-plus years. We do not have the killing fields that many other countries around the world do.

Yet, here we are in a similar predicament. Different ideologies. Different elites. Same problem: the attempt to coerce the religious conscience. If history is any guide – and, while it may not repeat, it often rhymes – we will come to rue the day we sacrificed religious conscience on the altar of public convenience and for fear of “stigma and shame.” 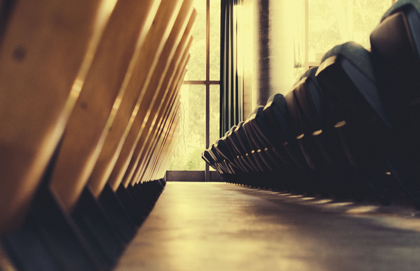 The religious conscience that was rejected by the Ontario Court of Appeal (ONCA) last week in the case of the Christian Medical and Dental Society of Canada [CMDSC) v. College of Physicians and Surgeons of Ontario [CPSO].  I maintain it is a shameful rejection of our heritage of religious accommodation.

There was no evidence of “actual harm” caused by a religious physician denying MAiD. Rather, there was evidence of exemplary care being provided to patients both before and after physicians chose not to perform certain procedures. However, Ontario’s College of Physicians and Surgeons argued that it did not need to provide evidence of “actual harm.” Instead, all that was necessary was evidence that its effective referral policies would prevent harm to vulnerable patients.

The lower Divisional Court and the Court of Appeal agreed that the ultimate priority was to prevent injury “due to interference or delay in accessing care, shame and stigma associated with a physician’s refusal to provide care, and loss of faith in physicians and in the health care system.” Meanwhile, the admittedly “deleterious effects of the Policies” on religious physicians could be resolved through “individual sacrifices.”

The Court of Appeal observed that “[a]bortion and MAiD carry the stigmatizing legacy of several centuries of criminalization grounded in religious and secular morality.” It stated “[d]elay in accessing these procedures can prevent access to them altogether.” But there is more. While issues of MAiD and abortion made the headlines, the Court also referenced “sexual health care,” including “gender re-assignment surgery” and infertility treatment. For the Court, the concerns “relating to the safety of vulnerable patients as a result of deprivation of access … were, and have been, conclusively established.” “Actual harm” is not required.

The Court was not interested in evidence that the Christian Medical and Dental Society of Canada presented clearly revealing there were less invasive ways to accommodate religious conscience while still meeting the College’s stated objective of providing patients with “equitable access … to health care services.”

The Medical and Dental Society argued that religious physicians could provide patients with “generalized information” listing non-objecting physicians who would provide abortion, MAiD, or other services. This was unacceptable to the Court because it “would leave the patient with feelings of rejection, shame and stigma” which, according to the Court “is not theoretical.” The Court reviewed several affidavits of religious physicians who shared with their patients why they were not able to perform or be involved in treatments they requested. According to the Court, “[s]uch remarks could reasonably be expected to cause the patient stigma and shame.”

Reading the decision leaves one with the impression that the Court accepted the oft-expressed attitude that anyone with a religious objection ought not to be in the medical profession to begin with. The Court emphasized the “deference” due to the College in “advancing the goal of equitable access to abortion, MAiD, contraception and sexual and reproductive health care,” not to any requirement to accommodate religious conscience. That was a mistake.

Adding insult to injury, the Court agreed with the Divisional Court that religious physicians “have no common law, proprietary or constitutional right to practice medicine… they are subject to requirements that focus on the public interest, rather than their interests.”

Missing from the two Ontario court decisions is the realization that the “public interest” includes the accommodation of religious conscience. Our history proves it. A recent graduate from a Christian medical school in the U.S. told me last night, “Dad, it sounds like Ontario wouldn’t even be interested having me practice family medicine there.”

Such is the stigma and shame of Ontario’s religious physicians after reading this decision.

Tomorrow, Prime Minister Trudeau offers an unprecedented apology to persecuted members of sexual minorities. On Thursday, Trinity Western University is before the Supreme Court of Canada arguing for its religious freedom. Having previously presented TWU's perspective, Convivium asks lawyers Mark Berlin and Douglas Judson about sexual politics and the law.

An Attack On All

The Supreme Court’s decision to overturn itself and rule against Trinity Western University was more than just a defeat for the Evangelical Christian school. It attacked the very idea of community, writes Convivium contributor Ryan Topping.