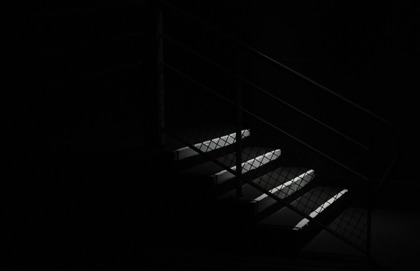 Most Canadians know little about prostitution, but still feel strongly about it. Few see prostitution as a healthy thing for Canadian women, children, men, or communities. Even those who do, generally don't want the women (and it's overwhelmingly women) walking their street. And as Canada's laws on prostitution were challenged in the courts, more Canadians became aware that upward of 90 percent of those marketed in the world's oldest profession are commodities of sexual pleasure against their will.

A friend has written:

There are great limitations in being an advocate. The inability to be inside the skin of those one seeks to advocate for. The diverse experiences of those one seeks to advocate for. The reality that some feel your advocacy does not represent them. At times, it makes you want to curl up in a corner and just shut up. But the sad reality is that as a person of privilege there are places that I can go to speak where my friends are unwelcome—and while that deeply grieves me—I am compelled to go and use my voice to the best of my ability. Lord, have mercy on us.
—Wendy VanderWal Gritter

As one accepted as an advocate by those who have survived the abuses of prostitution and become activists for a community to which I have not belonged, I have engaged before Parliament and the Supreme Court of Canada; privileged to be able to use my voice, to the best of my ability, on their behalf.

I have waited until reading or hearing the thoughts of activist friends from the community before sharing an advocate's thoughts.

Bill C-36, the Protection of Communities and Exploited Persons Act, reflects awareness of the strong need for child protection, a theme of many Criminal Code amendments made by the current government and championed by MP Joy Smith. Trafficking in minors, procuring minors for the purpose of prostitution, and paying a minor for sex will all carry new mandatory minimum sentences. A new crime of promoting the purchase or sale of sex in a public place where minors are or could reasonably be expected to be present has been introduced.

For the first time in Canadian history, the purchase of sexual services or communication for purchase is explicitly criminalized. This emulates the so-called Nordic model of law that targets the johns (purchasers) and pimps (marketers/exploiters) engaged in prostitution.

The bill initiates a prohibition on advertising the sale of sexual services, with exception to prosecution for advertisement of one's own services. I'm not sure how the exception will play out, but understand the principle of not prosecuting the woman, and rather offering her opportunities to exit prostitution. Minister of Justice Peter MacKay stated the government will commit $20 million dollars for the funding of exit services.

The prohibition against acquiring financial or material benefit derived from trafficking is clarified, with the exception of the benefit obtained by the person being prostituted, or a person in a healthy relationship with her, as supported by the facts.

The exclusion from prosecution provided for each woman who advertises or acquires financial or material benefit addresses much of the concern expressed by those who challenged the old law on behalf of the small percentage who choose to prostitute themselves. If it's a career choice, the johns will bear the risk.

The definition of "weapon" is amended to include otherwise common and legal devices, if those devices are used for binding or tying up someone against their will for the purpose of trafficking or securing them for purposes of prostitution. This elevates such offences to penalties that reflect the use of a weapon.

Bill C-36 is a remarkable combination of being tough on crime while being compassionate toward those forced, cajoled, or otherwise pressed into prostitution (and those who choose to prostitute themselves). It protects children and women while targeting the physical and financial powerbrokers of the sex trade. It reduces demand by targeting the purchasers and purveyors of human bodies as commodities while reducing supply by offering opportunities that were likely not available when those human beings were first commodified.

One anticipates that the remaining portions of the old law—stopping or attempting to stop a motor vehicle, or impeding the flow of pedestrian or vehicular traffic in a public place for the purpose of offering, providing or obtaining sexual services—now combined with the new—communication in a public place where minors are or can reasonably be expected to be present—won't be used to target those who are otherwise being offered a form of legal immunity in the amendments to the law. Hopefully, these provisions will simply provide police and prosecutors with tools to protect children and prevent purchasers and procurers from making their advances in a way that interferes with community life and safe places for children.

With enforcement, prosecution, and most exit opportunities from prostitution falling constitutionally within provincial jurisdiction, it is imagined that the federal government will coordinate with the governments and local agencies that will have direct contact with the children, women, and men who will be most impacted by this change in Canada's prostitution law. I look forward to seeing how this previously missing piece of the puzzle will be incorporated into Canada's National Action Plan to Combat Human Trafficking.

The constitutional concerns raised in the Supreme Court of Canada's decision in Canada (Attorney General) v. Bedford appear to have been taken into account and properly addressed.

The day Bill C-36 becomes law will be a day of celebration for activists who have risen from the community of the prostituted and for advocates privileged to walk and work alongside them in the pursuit of this legislative reform.

Don Hutchinson is an Ottawa lawyer and former Vice-President and General Legal Counsel with The Evangelical Fellowship of Canada. Hutchinson has appeared before the Supreme Court of Canada on seven occasions, including Canada (Attorney General) v. Bedford.