Do the Indigenous peoples of the Americas require salvation? Or are they somehow exempt from original sin?

Of course, they do require salvation and, of course, they are not exempt from the “aboriginal calamity” to use the suitable phrasing of Cardinal John Henry Newman.

Yet an official document from the Vatican takes steps toward the opposite answers. And it is increasingly common to hear in Canada accounts of our Indigenous people which suggest that, prior to the arrival of European explorers, they too were exempt from original sin.

This romantic ideal dates back before the 20th century, but experienced a resurgence after the real savagery of the two World Wars. If this was what the advanced cultures of “Christian Europe” wrought, then perhaps it was better to have been untouched by it. If “advanced” cultures means bloodshed, then “primitivism” has a certain attraction. 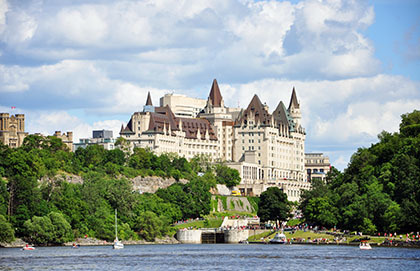 This October, a special “synod” – a meeting of Catholic bishops at the Vatican – will be held on the Amazon region of South America. The preparatory document was released recently, and it has the heavy spirit of romantic primitivism. Indeed, the document appears to entertain the idea that the Indigenous peoples of the Amazon might have been better off without the introduction of the Gospel by the early missionaries. The Amazon sounds like another Eden:

In the Amazon, life is inserted into, linked with and integrated in territory. This vital and nourishing physical space provides the possibility, sustenance and limit of life … A place of meaning for faith or the experience of God … Epiphanic places where the reserve of life and wisdom for the planet is manifest, a life and wisdom that speaks of God. In the Amazon, the “caresses of God” become manifest and become incarnate in history … The brother tree, the sister flower, the sister bird, the brother fish, and even the smallest sisters like ants, larvae, fungi or insects…

When we contemplate the beauty of the Amazon territory, we discover a masterpiece of the creation of the God of Life. Its endless horizons of boundless beauty are a song, a hymn to the Creator … A precious space for shared human life and shared responsibility “for the good of all….” The Amazon is where there’s the possibility of “good living,” and the promise and hope of new paths for life. Life in the Amazon is integrated and united with the territory; there is no separation or division between the parts … The life of Amazon communities not yet influenced by Western civilization is reflected in the beliefs and rites regarding the actions of spirits, of the many-named divinity acting with and in the territory, with and in relation to nature.

I suppose the “many-named divinity” of the Amazonian imagination might be a latter-day analogue to the “unknown God” of St. Paul’s address at the Areopagus. But that would be a stretch. The text suggests that Amazonian divinities are sufficient for the Indigenous people, to which the Christian gospel would at best be complementary to an already flourishing culture.

Can it be that a particular culture does not need a historical encounter with Christianity, which, after all, is a religion tied inextricably to a particular time and culture? Does the Amazon of the 21st century need the Holy Land of the first century?

For example, some advocates of a more “Amazonian” Catholicism raised the question of whether different elements be used for the Eucharist, instead of the universally mandated unleavened wafer made only from wheat flour. While that idea did not make its way into the preparatory document, it does emerge from a certain way of thinking about the interplay of revelation and history.

Cardinal Joseph Ratzinger, in the final paragraphs of his 1999 book, The Spirit of the Liturgy, takes up that question. It remains relevant to the broader questions to be discussed in the Amazon synod.

At this point comes the objection that these gifts [olive oil, wheaten bread, wine] have their symbolic force only in the Mediterranean area and that in other growing regions they ought to be replaced by elements appropriate to those regions. This is the same issue that we encountered when we were discussing the inversion of the cosmic symbolism of the season in the Southern Hemisphere. The answer we gave here applies again here: in the interplay of culture and history, history has priority.

God has acted in history and, through history, given the gifts of the earth their significance. The elements become sacraments through connection with the unique history of God in relation to man in Jesus Christ. As we have said before, Incarnation does not mean doing as we please. On the contrary, it binds us to the history of a particular time. Outwardly, that history is fortuitous, but it is the form of history willed by God, and for us it is the trustworthy trace that he has imprinted on the earth, the guarantee that we are not thinking up things for ourselves but are truly touched by God and come into to touch with him. Precisely through what is particular and once-for-all, the here and now, we emerge from the “ever and never” vagueness of mythology. It is with this particular face, with this particular human form, that Christ comes to us, and precisely thus does he make us brethren beyond all boundaries. Precisely thus do we recognize him: “It is the Lord!” (Jn 21:7)

History has priority over culture, for it is the forum for salvation history. Even in the Amazon. And in Canada.