Michelle Rebidoux received her Ph.D. in Religion and Culture from McGill University in 2008. She is currently Visiting Assistant Professor in the Department of Religious Studies at Memorial University of Newfoundland. Her research and teaching interests include the areas of philosophy of religion, theories of religion, comparative religion, the history of Christian thought, religious ethics, and environmental ethics. Her recent book, The Philosophy of Michel Henry (1922 – 2002): A French Christian Phenomenology of Life (Edwin Mellen, 2012), is a critical introduction to the work of a major figure in what has been called the “theological turn” of French phenomenology in the late 20th century. Her current research focuses on the history of philosophical and religious Personalism in the 20th century. In her spare time, Michelle enjoys hiking in the ruggedly beautiful Newfoundland landscape. She is also an amateur painter and is currently engaged in a project of large-scale paintings depicting scenes from each of the major world religions. 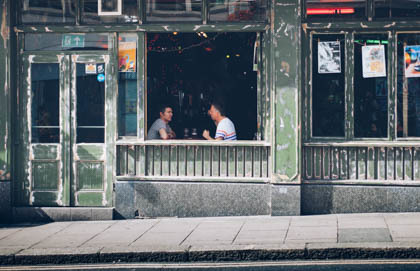