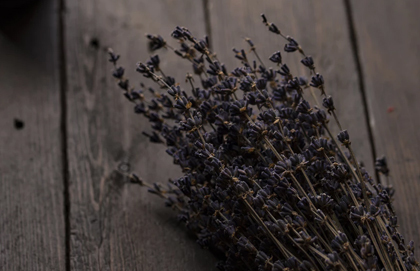 Being a clergy person in Humboldt, Saskatchewan is an intense experience these days.

While the parishes I currently serve are in another community, I continue to reside Humboldt, which has been my home for nearly 13 years, eight of which were in a pastoral role in a couple of the local churches. I know and am known by many; I personally know two of the victims and their families, and was involved in one of the funerals. The numerous bonds of affection formed over these 13 years are only deepening as I join the local clergy in providing pastoral support in this time of community shock and grief.

The tragedy that struck this Prairie hub on April 6 hurled it onto a world stage, the extent and impact of which have yet to be grasped. Along with that global attention has come a turning to the churches and its pastoral leaders for counsel and guidance, for comfort and support. The April 8 prayer vigil, live-streamed by CBC across the world, was unapologetically Christian and deeply appreciated by the city officials, the Broncos, the affected families and the fans. The five funerals in our community were each conducted by local clergy in the arena-turned-worship space.

In a culture that is increasingly turning away from organized religion, this is a peculiar development. But then, as someone here noted in the midst of the whirlwind of events in the week following the tragedy, where else is there to turn when the world breaks into a million pieces and an entire community is weeping and wailing?

I am grateful to Pastor Sean Brandow, the Broncos chaplain, for setting the tone at the vigil to address the suspicion and criticism, however valid these may be at times. Sean spoke of not having answers, of not knowing why this happened and of needing to hear from God in order to temper his own anger and despair at the tragic outcome of the accident.

And so as local clergy, we occupy a delicate community space between the collective desire for spiritual leadership and the collective suspicion of institutional authority. From a Christian perspective, the prayer vigil and the funeral services showcased the beauty and depth and meaning of our Christian hope and faith with both humility and authenticity. But did others who do not share this faith see the same beauty and depth and meaning? Did anyone see this public display of Christianity as an attempt to win people back into the pews? Or did our sincerity and humility in joining the community grief overcome suspicion and criticism of organized religion?

While our churches are all in decline, the human hunger for spiritual meaning and purpose remains the same. In times of crisis, this hunger moves our hearts to turn to the churches even while at good times we seem to ignore them. The pastoral challenge is to respond with compassion, integrity and humility while offering the promises of Jesus Christ free of charge, no strings attached.

As we slowly move into the next of what will be a very long healing journey, please pray for all of our local priests, pastors and ministers of Christ; that God will give each of us the grace and love to meet the pastoral needs of Humboldt as one Body of Christ’s disciples. Together, we are charged with Christ’s mission to make our churches safe and welcoming places for all who hurt, seek comfort or need direction.

Reprinted by permission of the author. A version of this column also appeared in the Anglican Journal.