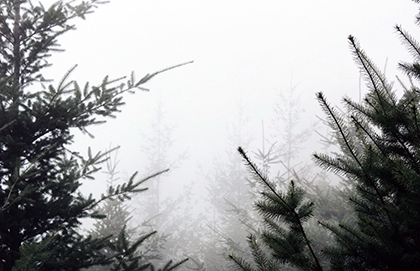 This article first appeared in The Catholic Register.

At age 73, Graydon Nicholas has lived a life of firsts.

But as a five-year-old from a First Nations community attending his first day at school in a small New Brunswick town, he didn’t know his first or last English name. By the end of the year, he didn’t know how to read well enough to pass Grade 1.

“I knew words, but I couldn’t put them together to make a sentence,” he told an audience at the 2016 Mayor’s Prayer Breakfast in Moncton. “I was the first one in my family to fail Grade 1. It was a very difficult summer with the whole community ridiculing me and making fun of me. I was discovering that I was a failure.”

He will be in august company in that regard. Also being honoured in other categories at the event are Ottawa Archbishop Terrence Prendergast and renowned McGill University theologian Douglas Farrow.

“All three have tremendous track records as academics and scholars, but first and foremost they’re people who cultivate an intellectual life in the service of God and others,” said Cecil Chabot, the former director of the Newman Centre in Montreal who initiated bringing the scholarly conference to the city. “It shows in the relationships that they cultivate with those they serve.”

Chabot first encountered Nicholas several years ago through involvement with Indigenous groups in Ottawa. Their friendship was re-kindled in New Brunswick when the lawyer-judge-lieutenant governor would give guest lectures on Indigenous issues to the young academic’s classes at Crandall University in Moncton.

“He’s somebody with tremendous humility, and not a false humility,” said Chabot, who is currently doing post-doc research at Concordia University. “He has a deep sense of the gifts he’s received, where they come from, and the importance of putting them at the service of others. You could say he’s very grounded in ontological and theological humility.”

That virtue comes through in the patient prudence of his language during an interview with The Register, as he explains an indefatigable drive to ground reconciliation between Indigenous peoples and the Church in a clear history of what happened after contact in the 16th century. His interest dates back to his first year of law when he was involved in a research project in Toronto.

“I was the only Indigenous law student on the project and also the only Catholic so they assigned me the responsibility of that aspect of the research. Initially, I couldn’t believe what was unfolding on the pages of the books I was reading — just the strength and brutality of the conquistadors toward Indigenous people of the Americas,” he says.

But the hunger for knowledge that led him from an undergraduate science degree to a law degree to a Masters in Social Work, coupled with a mind that insisted upon knowing all the facts, not just the convenient or popular ones, opened his awareness to a disregarded part of the narrative. It was the presence within the Church itself of priests who saw the inhumanity and became determined to combat it.

“It shook their consciences. It didn’t meet biblical standards. (They) basically used the teachings of the Old Testament to say that there were people who didn’t necessarily believe in the same god as the Israelites. They were still considered people. They had land rights.”

Nicholas has used that foundational argument in the years since to argue for the recognition of the fundamental equality of Indigenous peoples, but also recognition of the presence within the Church herself of the spirit of welcome, of openness, of the truth that can overcome the past. In fact, he calls it his “ongoing mission” to send people back to the origins of European-Indigenous encounter to see the whole picture of what has transpired.

It has, he admits, been a frustrating mission at times, both to deal with deeply wounded and righteously angry Indigenous people and, contrary-wise, some members of the Church hierarchy who see Indigenous participation as inherently threatening to Catholicism.

But there have also been times of jubilation, such as when St. John Paul II came to Canada in 1984 and, drawing on the same source documents as Nicholas, said plainly that “Indigenous people are, in fact, children of God” and that “Christ Himself is Indian.”

“You know, when you hear that, and you’re an (Indigenous) person, it’s, well, no one can say anymore that Christ is for everybody else and not for us. I jumped up and down. I said this is incredible. Maybe it will ignite the hierarchy of the Church and all those who out of interest say I want to look at this. Is this for real or not?”

Ignite? Well, maybe more of a slow burn. At times, it seemed to him, painfully slow. As he points out, we’re now well past 500 years since Euro-Indigenous contact. It’s worked out pretty well for the Euro side. For Indigenous people, “It has been a difficult existence.”

Still, a profound spiritual awakening 33 years ago at a Jesuit Retreat Centre in Guelph has kept him on the two-fold path for forgiveness, for reconciliation and for healing. After a week of silence and prayer, his spiritual director asked him to visualize washing the feet of 300 people who had caused him pain in his life. He struggled. He resisted. He evaded. Finally, he did it.

His spiritual director promptly ordered him to complete the other half of the task by picturing those 300 people washing his feet. He was to gaze at them and imagine them forgiving him for all the years of hatred inside of him.

As he put it to the prayer breakfast audience: “From that experience, I learned it’s not a one-way street. And it’s continuous. I still wash feet. I still go through that process.”

Both Nicholas and his wife of 50 years, Beth, have been actively putting their faith to work for decades as members of Christian Life Communities since 1984. They also raised two sons and have two grandchildren.

Whether in his early work as legal counsel and later President of the Union of New Brunswick Indians, in his academic work through an Endowed Chair of Native Studies at St. Thomas University or in his role as Supreme Warden of the Knights of Columbus, Nicholas has maintained that process of continuous humility by challenging fallacies between Indigenous and non-Indigenous people, particularly those of faith.

He rejects, for example, the assumption that Indigenous values necessarily “clash” with Catholic values just because the expression of them might appear to differ. Job creation and environmental issues are seen as one such classic clash. Yet Nicholas argues that the Catholic understanding of Creation requires balanced stewardship and care of both the human and non-human spheres.

“To try to compartmentalize Indigenous people with certain values as clashing with Catholic values is a disservice. We’re in this world together and we have to survive as peoples. How do we help one another?

It seems that little boy from long ago has more than succeeded in putting his words into first-class sentences.