We sat down with Andrea Nemtin, Executive Director of Inspirit Foundation to talk about religious pluralism in Canada. Inspirit Foundation is based in the Queen West neighbourhood of Toronto, but works on a national level to combat intolerance and inequality. Through media and arts, support for young change leaders and impact investing, Inspirit Foundation works “to challenge prejudice and discrimination based on ethnicity, race and religion, and to promote inclusion and pluralism.” 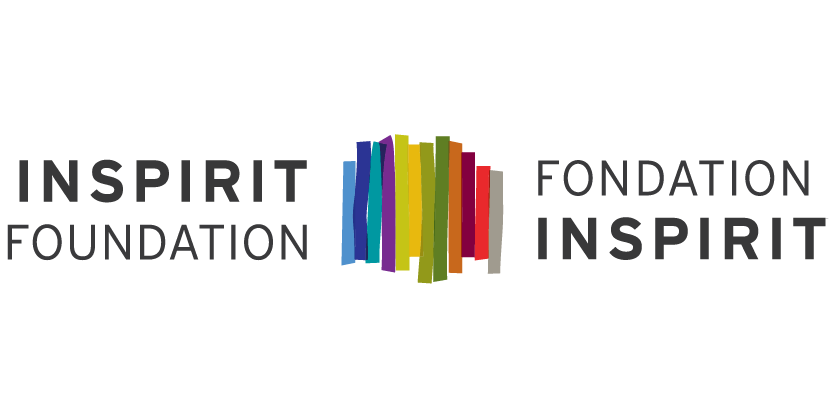 Stephanie Schoenhoff:   On your website, you describe your foundation's roots in Vision Television, a multifaith TV channel which started in the 1980s. Your origins are closely tied to the media industry. Why is it important to advocate at the intersection of religious tolerance and media freedom?

Andrea Nemtin:   Inspirit was created to generate more inclusion around areas of religion. With a real multicultural spirit, it was looking to ensure that our different faith groups didn't have separate TV stations, that we could create a place where they could all be together, and that in itself would be an act of inclusion. That's when they created the TV station. They were always using these innovative ways. They have a history of using innovative strategies and technologies to create a more inclusive society.

That began within a really multifaith context. When we turned into the foundation, it expanded beyond multifaith to faith, ethnicity, and race. Really, to be able to create great understanding and inclusion around individual identities and to lower the areas of prejudice and discrimination. We have a focus on reconciliation, we have a focus on Islamic belief.

One of the things that we recognized was that faith wasn't always treated in the same way as other elements of identity. We feel that people can choose themselves how they wish to define themselves.

SS:    It’s interesting that you’ve always used media as a tool to create greater understanding and inclusion. Do you want to speak a little bit more about that? Why is this your approach?

AN:    Right now, our strategies are to use media and arts for change, support young change leaders, and impact investors. Amongst all of those, we contribute through grants and more investment or financing. We connect, so we do a lot of convening and connecting people to each other and to resources and opportunities, and then we collaborate, so we like to work with other organizations, whether they're corporate, government, other non-profits.

Also, that we can affect the overall attitudes of the country and the way that we go about understanding and engaging with each other's differences.

SS:    How did you come to get involved in Inspirit, personally speaking?

AN:    I had started my career in the non-profit sector, and I moved into television production, and had been a TV producer and I ran a production company for about 15 years. Then, I really felt the desire for the last third of my career to move back into the non-profit sector, into the change sector. I'd always worked with non-profits and other arts organizations in my documentary projects, so we'd work with the portrait gallery, we would work with the Red Cross, work with a number of different non-profit organizations, and so it felt natural to me.

SS:     That’s great that you were able to really bridge both passions.

Earlier your mentioned your work around the Islamic faith, more specifically, surrounding Islamophobia. I'm curious, from your perspective, what do you feel are some of the biggest threats to religious pluralism? What are some of the major roadblocks you feel you're coming up against?

AN:    I think some of the challenges around creating a more inclusive and pluralist society really is about creating a greater understanding and empathy of what our differences really are and what to do to bring people together.

What we've seen in some of our research is that there's direct correlations between attitudes of prejudice, whether of people or of difference. Negative attitudes towards difference are generally correlated with the amount of engagement you have with different people.

Really, fear is the biggest challenge that we face. People are scared of difference. It's a natural reaction. That's the biggest barrier, is to create a sense of safety.

SS:    In terms of your third mandate to mobilize young people, if you would charge people with one thing, practically speaking, that they could do on maybe a more personal level to combat some of these challenges, what would you suggest?

AN:    I would say, just listen to people. That's the biggest piece, is to just listen to each other. Be respectful. Listen to each other. Then, you have a sense of where your connections are and where your similarities are and where your shared values are. Also, to have assumed positive intent. People are generally very good. If you go in the world assuming a positive intent, that people are good and they're doing their best, then you can look them in the eye and smile and things are a lot easier, you know? That small shift in terms of how you are in the world will actually affect whatever you have to influence.

Whatever position you're in, that shift of assuming positive intent will bring about a lot of positive change.

Bringing It All Back Home