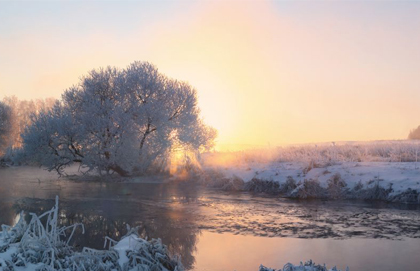 If ever you need evidence of hope amidst suffering, go to the Sick Kids atrium.

When I arrived there to interview Sick Kids’ Anglican Chaplain, Michael Marshall, I sat at the main floor coffee shop and observed the people around me; mothers wheeling babies attached to IV’s across the hall, children with hospital bracelets on, sleepless parents talking things over in the food court. To be sure, it is a place where suffering dwells.

But there’s more to the story than that. Because as I sat in that coffee shop I also observed an immense sense of peace. A “life-goes-on-ness” about the place. People laughing. Grandmothers buying toys in the gift shop. Baristas serving hot lattes. Tall ceilings with bright windows adorned with potted plants. It is also a place where hope dwells.

As I sipped my tea and waited for Michael, it occurred to me that I didn’t know what he looked like and that he probably wouldn’t know what I looked like either. I promptly pulled out my phone and searched the Internet for his face, to no avail. So I thought “look for a priest. He is an ordained Anglican minister after all, maybe he is wearing one of those collars.”

I scanned the crowed and saw no one that fit this description, but I did notice a gentle man with a ponytail approach a couple and their baby. The baby lit up as he came close, and the parents looked overjoyed. “If I don’t see you before the holiday, have a Merry Christmas!” the mother said.

The man reciprocated and began walking my way with a smile on his face. It was then that I saw his badge and realized it was Michael.

I was not surprised that this was the Chaplain I was to meet after I observed the scene unfold in front of me. It was obvious that this warm and humble man had walked the hospital halls for many years, and genuinely cared for those around him. Michael and I grabbed a tea and I sat with him while he told me what his day-to-day work looks like.

The Chaplaincy program is offered under the Spiritual Care department at SickKids. As an interfaith program, the chaplains range from Roman Catholic to Muslim, Buddhist and Anglican. All of them work with families of different faiths depending on their needs.

The department is also host of the Mindfulness project, which started in September 2015. The Spiritual Care Department puts on various events for staff, families and patients throughout the year, and works closely with social workers and doctors alike.

When Michael gets to work, he starts doing his rounds. Sometimes accompanying doctors, other times just visiting departments on his own. While he walks many wards of the hospital, his “home” is in the postnatal intensive care unit, where he regularly spends time and meets with families.

As he goes through the hospital, families may approach him and ask for prayer, conversation, or sacraments, it all depends on their personal and particular situations. The extent to which the chaplains are involved depends on the “severity and complexity of the needs” in each unit, says Michael.

When I asked Michael how he got into Chaplaincy, I was surprised to hear that he began his road to spiritual care in the theatre of all places. When Michael set out to pursue a career in the dramatic arts, he never imagined he would end up as the Anglican Chaplain for Canada’s biggest children’s hospital.

“I worked for 10 years in the theatre, and I had no idea that I was learning some of the skills that I make use of in a significant way here,” he says.

The skills he learned “are germane to the theatre, but not only there, they are part of what one would call skills around relationship building and the ability to work in silence, [to] be comfortable with silence, to be aware of body language, to be able to listen carefully in the improvisational setting, to walk into a space that is not delineated….”

Michael says he felt that his time in theatre production offered some of the best preparation for his current job aiding families with children with precarious health, and learning to work with new people each day.

These skills, he says were “part of the prompting of the Holy Spirit,” that allowed him to be well equipped to come to SickKids.

While at the theatre, Michael felt called into ministry. He was educated and ordained as an Anglican minister and worked at a disestablished parish in Toronto that was being used as a community centre, and catered mainly to low-income residents of the city. He also worked in a jail, visiting inmates weekly.

“I didn’t really want to work in a ‘regular’ setting of the Church, I wanted to work really in a social justice situation. I had worked in a social justice theatre so I was interested in questions of equitable opportunity and the distribution of things more equally and so on,” says Michael.

While he said these more formal ministry experiences prepared him for the work he does now, it is truly his background in improv theatre that allows him to read situations quickly and respond at the drop of a hat. Now, when he meets Sick Kids residents, he can quickly get a sense of their family dynamic, spiritual history and current needs and respond accordingly.

Michael’s unconventional path to Sick Kids has led him on an extraordinary journey as Chaplain for the past 20 years. If there is one thing Michael has learned it is that, like every scene of a play, and every improvisational sketch of theatre, each family situation is unique and must be treated as such.

For Michael, it is God who grants him the grace to build bonds with families or simply be comfortable with silence-- a gift that will surely be used for years to come as he continues in his ministry.