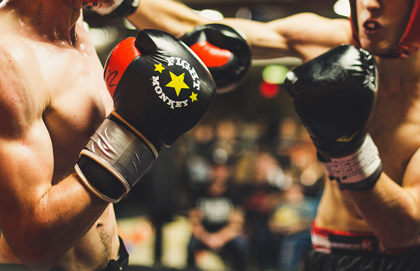 “Until a man is twenty-five, he still thinks, every so often, that under the right circumstances he could be the baddest mother****** in the world. If I moved to a martial-arts monastery in China and studied real hard for ten years. If my family was wiped out by Colombian drug dealers and I swore myself to revenge. If I got a fatal disease, had one year to live, and devoted it to wiping out street crime. If I just dropped out and devoted my life to being bad.”

September 11, 2007. The sun had just set over a small island off the coast of Vancouver, British Columbia, the current position of slightly over one hundred high school seniors from a religious private school. A plastic slide hung limply off the shoulder of a pier that had earlier rebounded under the feet of the students as they’d hurled their newly adult bodies into the Pacific Ocean. There was a dull, but energetic rumble coming from somewhere farther up the path towards the main camp, where the rest of my fellow seniors were about to make this a very memorable night.

But down on the pier, through tear-blurred eyes, I had just decided I was looking for a fight.

I’ve never been a fighter, never really considered violence as an alternative means to conflict resolution, but that night I was relying on something in my deep reptilian brain rather than any higher mammalian functions. A girl I thought I was in love with had just abandoned both the pier and me and walked up to the camp (thus the tears), and I was feeling all the carefully constructed artifices of my future crumbling throughout my psychic landscape. I was 17 years old, and I was a red-blooded male, and I needed to prove that I wasn’t some dumb sap getting played by my 21st-century Delilah.

So I stumbled up the hill towards that dull roar.

It was a tradition, at my school, to hold a fight club on the first night of the annual grad retreat. Someone would bring a couple pairs of boxing gloves, and one of the cabins would volunteer to host this prestigious event. Two male members of the grad class would battle it out in the centre of the room while most of the rest of the class would cling monkey-like to the bunk beds that lined the walls of this impromptu gladiatorial arena.

Thus a cabin that had been built to hold maybe 20 people comfortably would instead house 50 or 60 screaming, cheering spectators and two friends, or enemies, or even mere acquaintances, pounding away at each other. Obviously, the noise from this spectacle could not be concealed from the chaperones staying in the main cabin, but in that less civilized age they were content to remain studiously ignorant of the combat happening only a few dozen meters away.

I was, and am not, a fighter. No one had even bothered to inform me about the fight club tradition. Yet when I ducked through the door, and 50 of my classmates cheered in expectation, I said “yes,” even though I had been raised to say “no.” I let them strap me into the boxing gloves, even though my Mennonite grandfather and my great-grandfather had been a conscientious objector and a stretcher-bearer respectively during the world wars, and I’d been nurtured on a diet of Beatitudes and cheek turning. Across the room I saw another boy being strapped into his own gloves, and I knew with a stark and terrible certainty that he was smaller and weaker, that I’d been pumping iron all summer for this moment, and that I wanted to hurt him, her, somebody badly. I wanted to draw blood.

It was a half-formed plan, one I was only partially aware of having conceived. I would use my weight to back him into corner against one of the bunkbeds, since there weren’t any ropes, and bounce him between the wood and my fists. It would be easy to trap him, easy to injure him, and I was fairly confident I could get a few good hits in before my classmates realized what was happening and pulled me off.

It was the closest I’ve ever come to pulling the trigger.

We moved to the centre of the room, and another boy masquerading as a referee made us bump our gloves. My opponent and I were ready to rumble. Yet in that moment I locked bloodshot eyes with the boy across, recognizing him. He was a friend of mine from the basketball team, indeed we had gone to church together in middle school. He was loud, arrogant, bullied for being too eager for attention and popularity.

I knew him, knew my pain was not his fault. Suddenly, I couldn’t bring myself to hurt him. The violence came hissing out of me like a defective air mattress at some ungodly hour of the morning. I remembered who I was, and I knew with concrete conviction that making this specific boy bleed would do nothing to heal the overwhelming wound in my teenage soul.

In the end, it wasn’t a fight for the ages. My awkward punches were powerful but slow, and I took more punishment than I received. I didn’t hurt him and he didn’t hurt me, and the grainy cell phone video someone recorded of the bout shows two clumsy boys circling and stumbling and lashing out with eager but imprecise fists. Just another funny high school memory to talk about at later graduate reunions.

Yet I will always remember that fight, vividly, as the one time in my life that I actively chose violence, and the moment when I decided that violence was not an acceptable means to the end I wished to accomplish. It was not that I lacked the capacity for violence (that I alone in human history somehow lacked the killing instinct that is as natural to humanity as procreation), but that I did not fundamentally believe in a connection between the means of violence and the end I wanted to accomplish. Perhaps, I realized, I was Mennonite after all.

That night, I came to terms with the reality that I was never going to be the “baddest mother in the world,” that I was never going to be a Liam Neeson, Keanu Reeves, or Denzel Washington forced out of a peaceful existence to massacre hordes of suitably evil mafiasos or Russians for revenge or to save a girl (or a puppy) and redeem their masculine honour. In a male culture that thrives upon revenge fantasies, I was choosing to be the sap, the hapless victim.

Other men have argued that Jesus used violence to scour the temple, and that Jesus blessed the centurion and (implicitly) his profession. I won’t get into the theology here, but I often wonder if it is the wisdom to know when such coercion is appropriate, rather than the ability to use coercion, that separates us from Jesus. In an age which includes vigorous debates about whether words can constitute physical violence, and whether it is morally permissible to punch perceived neo-Nazis, I think it is continually and foundationally important to separate the means of violence from the ends that one wishes to achieve with it. For example, one cannot achieve the ‘ends’ of an open society through the ‘means’ of vigilante violence against those holding hateful opinions. Just as my Mennonite ancestors were prepared to suffer at the hands of injustice in pursuit of a better world, we have to be willing to uphold our own foundational ethics rather than crumble to the expedient of violently silencing those we disagree with. Violence is easy, cheap, and satisfying, but it is very rarely just.

I turned 25 a few years ago, which means, according to Hiro Protagonist, that I’m past the age when a man’s hubris allows him the delusion of his own potential invincibility. I now skip past Fury and John Wick on Netflix to watch stories like Hacksaw Ridge or Citizen Four. In my bedroom hangs a life-size replica of Aragorn’s sword Anduril from the Lord of the Rings, but I am content to let it remain on the wall, since I lack both the skill and conviction to wield it.

I learned my lesson on a warm September evening 10 years ago, and I hope and pray that I will never again raise my hand in anger against another being made in the image of God. This is a tenuous promise. I study history and often it can seem the story of humanity is simply a long history of violence interspersed with short periods of recovery and rearmament. It is one I feel obligated to make.

The Mennonites were not a perfect people, and God knows that many of my friends and family have reasons to criticize the isolationism, hypocrisy, and patriarchal values of our Mennonite ancestors, but I do believe that they were terribly and beautifully right in their deep understanding that violence, inevitably, becomes an end rather than a means.