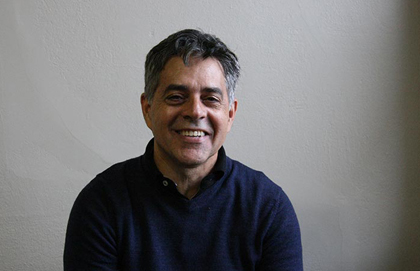 Over a decade ago, Carluci Dos Santos took a leap of faith and moved his family from Brazil to Canada on scholarship to pursue a  doctorate program in Biblical Studies at the University of Toronto.

He brought his family of six to Canada with no money in the bank, but with a deep desire to study the Bible and a sense that God was calling him to be part of the global church between Latin America and North America.

Today, as Executive Director of Latin American Missions (LAM) Canada, Dr. Dos Santos’ work bridges the gap between the Church in the Latin America and Canada—a feat he attributes entirely to God, and the hospitality of the Canadians who welcomed him here.

“I see the Langham scholarship to study at the University of Toronto, and the generosity of Canadians as a God-sent investment,” says Dos Santos. When his family first arrived in Toronto, they were met by a group of seniors, mostly women, who helped them navigate the educational system, and find a place to live.

Dos Santos says that it is because of people like these seniors, who were willing to be the hands and feet of God, that he is in a place of global leadership.

While LAM Canada is largely a missions organization that brings Canadian faith workers to Latin America, dos Santos has been hugely encouraged by watching the Church of Latin America come North. For Dos Santos, the North American Church can learn much from the vibrant faith born out of countries around the world where economic and social adversity abound.

“I see immigrants coming [to Canada] bringing a very fresh faith, people who believe in the power of prayer, the power of God’s intervention in history—to change the course of history—personal history, and everything around us,” says Dos Santos.

“I think, in a sense, many churches here [in Canada] have lost that connection with the Spirit of God and the power of God as part of our reality, who partners with us, and leads us to engage in various activities.”

It’s something Dos Santos has experienced in his personal faith journey, which is why he is excited to see churches and organizations from the global South share experiences and stories with people in Canada. He knows God can work powerfully to shape history, and feels empowered as a result to help people around the world understand God’s power as a reality in their day-to-day life.