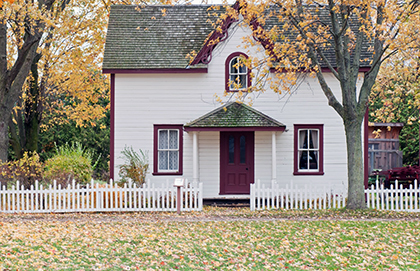 My wife and I are parenting two boys, Isaiah and Aaron. Years ago, we gave them Biblical names as an expression of our own faith and our hopes that they too will discover the joy of following God.

Isaiah is named for the famous prophet whose name means something like: “God to the rescue” in Hebrew; and Aaron, the priest, the spokesman in the story of God’s dramatic deliverance of his people from slavery recounted in Exodus.

Some days, however, when I consider the very different world they are growing up in, I wonder whether one of these boys might, in fact, grow up to be neither priest nor prophet nor disciple, even despite his parents’ best efforts and prayers. Enter Aaron or Isaiah, the prodigal, who in this scenario might wander far from the faith, leaving it all behind. Reading the data recently on young people’s religious paths in North America suggests that such worries for parents are not entirely misplaced.

A new book, Faith for Exiles, by David Kinnaman and Mark Matlock addresses the worries and concerns of many parents raising kids in a distracted, digital age that can often push faith to the margins. The authors are both parents and researchers. They seek to discover why some young people keep the faith and why others turn away. The book builds on earlier work by Barna Research that estimates six in 10 churchgoing teens in the U.S. drop their church connections after high school.

The numbers are similar in Canada. A 2012 study titled Hemorrhaging Faith identified the same pattern. The trends are even more troubling regarding the relationship young Canadians have with churches across the religious spectrum, Protestant and Catholic.

A team surveyed more than 2,000 young adults and interviewed them for insights into their spiritual journeys and life choices. Those who disconnected gave reasons such as: “I’m too busy to attend“; “I love Jesus but not the Church”; or “Going to church is pointless and not worth the effort.” Respondents shared experiences of disappointment or drifting away because of what they named as “hypocrisy, judgment, and exclusivity” or their own sense of failure. Or they simply found no place to belong. The report found that only one in three Canadians who attended church weekly as a child still do so today.

Faith for Exiles moves the discussion beyond tracing trajectories of decline. Kinnaman and Matlock set out to learn from what is working. The book distills findings from more than 20 separate surveys of young adults, mostly aged 18 to 29 conducted over nearly a decade from 2009 to 2018. What are the marks of those who develop a faith that lasts, one that grows and deepens over time, even as it changes and matures? What distinguishes the lives of those young people who are most committed and remain so? They recommend five practices to help young adults form a more resilient faith.

In what the authors describe as the “Digital Babylon” of today’s culture, propelled largely by technology and consumption, we are what we buy, wear, and post online via those glowing rectangles in our pockets and purses. We are what others say about us on social media. We are the personal brands we feel compelled to curate for known and unknown onlookers. We are what we own and who we associate ourselves with in public (emphasis on self!). Teenagers experience this acutely.

The first practice is for young people to begin the lifelong work of centring their identity on Jesus, and recognizing they are not defined primarily by what others, or their screens, or even their own inner voices and self-perceptions tell them they are. The authors write: “We must persuade young exiles that the truest thing about humans is what our Creator says about us: that we are created with essential worth and dignity as children crafted in His image and that following his son Jesus, restores His image in us, which was broken as a result of human rebellion.”

This involves fostering a real and intimate, personal connection with Jesus and pursuing and building trusted relationships with those who mediate his presence to us. These strong social ties help young people take their faith to the next level, going beyond processing information about God to the transformation of character and the development of an identity with Jesus at the centre and not at the periphery.

“In our qualitative interviews,” they write, “we discovered that people don’t learn to follow Jesus just by having lots of great head knowledge about him. . . Experiencing Jesus is found along a relational pathway with family, friends and other people who love and experience Jesus. We are loved into loving Jesus.”

The Aarons and Isaiahs are also trying to find their way in anxious and complex times.

2. Encourage young people to “develop the muscles of cultural discernment.”

For those they identify as possessing a “resilient faith,” 70 per cent responded that their church experiences had equipped them with “wisdom for how to live faithfully in a secular world.”  More than half said their faith communities helped teach them how to navigate a pluralistic culture and relate to people who believe differently than they do.

For those who left the faith for whatever reason, only 14 per cent said their church gave them wisdom for living faithfully in a secular world, and one out of five said they received guidance in how to relate to those who believe differently. The authors observe: “The church is not preparing young disciples for the world as it is. Cultural discernment is about teaching them not just what to think but also how to live. We must prepare them for the world as it truly is, not as we wish it to be.”

Faithful Exiles notes the importance of mentors for faith formation. Eighty five per cent of those who remained committed said they had a central figure in their life who helped them grow spiritually. They felt connected to people of all ages in their church. In my case, our boys are active participants in a church drama club that connects them to other adults and families in the congregation who are a regular part of their lives outside church in the neighbourhood.

Kinnaman and Matlock point out that church conflict and scandals can often make religious congregations unwelcome and unattractive places for youth and adults alike, reinforcing inclinations among the young to distrust adults and authorities in general.  Healthy church communities, they suggest, “can help to answer the deepest longings of our society for connection. Then instead of saying ‘In God we mistrust’ people might be able to honestly say, ‘In God and his people we trust.”

For some readers, this may be the most unfamiliar practice the book puts forward. They may think: “To sustain faith for the long journey: Experience Jesus, check. Cultural discernment, check. Build meaningful relationships, check. Vocational discipleship...What?” However, young people today hunger for an experience of God that can connect all the threads of their life together, including their work hours. They desire for work to mean more than just a paycheque at best, or a necessary evil at worst. Of those 18 to 29 year olds surveyed who were most committed to their faith, 94 per cent strongly agreed with the statement: “I want to use my unique talents and gifts to honour God.”

When churches equip emerging adults to connect their faith and theology to the workplace and to public life, even beginning at younger ages and stages, they help them better understand the full scope of God’s purposes for the world and the invitation for them to take up their special role in it.

“We are convinced based on mountains of data,” write Kinnaman and Matlock, “that most churches ignore these topics among the young. It’s a huge blind spot. Too often church leaders pay attention to vocation only when it relates to how already-successful people can serve the church. We need to back up the train all the way to the station. Every person in the church, even and especially those under eighteen, is designed by God to do his work in the world. Shouldn’t their Christian community help them discern and live out that calling?”

5. Engage in counter-cultural mission to curb entitlement and self-centred tendencies.

Faith can also be eroded or extinguished by self-absorption and the fear of being perceived as “strange” or an outsider. Young believers are aware that Christianity is not popular today. The authors helpfully challenge younger Christians to move outside religious cocoons, not depend on privilege, and live as a faithful presence in a self-seeking and sometimes nihilistic, post-Christendom culture. Resilient faith is a more likely outcome when all of us become adept at living counter to those cultural norms, pressures, and practices at odds with Christian faith. Following Jesus then becomes not a bore, but a dare to live one’s own deep Biblically shaped convictions more courageously for the life of the world. This is the radical, yet ancient invitation to move from a self-centred to a cross-centred life, following the example of Jesus.

This fifth practice engages and mobilizes the previous four practices in outward service in and for an increasingly broke yet blessed world that God so loves. Resilient disciples want to serve. They believe resolutely that God is at work in the world and they want to be where the action is.

“Countercultural mission,” they conclude, ”is the outward-facing expression of all the other practices--what we do together as the body of Christ for the sake of the world. It is about the people of God resolving to be on mission together to influence the world toward God’s good original intentions.”

When I think again about Isaiah and Aaron, I am freshly aware that faith is often as much “caught” as it is “taught.”  For faith to be seen as credible, our children must first see and be blessed and formed by a life-giving faith in action at home in the everyday. On the hardest of days, I take encouragement from knowing that someone far greater than us is also committed to forming them and shaping them for their future. We are not alone. As I turn out the bedroom lights, I’ll pray that He who began a good work in them will be faithful to complete it as they grow and mature.