The political left in Canada has drawn an astonishing number of leaders from the ranks of clergy. The first leader of a socialist (CCF) government in Canada was the former Baptist minister, Tommy Douglas (1904 - 1986), in Saskatchewan, and the first leader of the federal CCF party was the former Methodist minister James Shaver Woodsworth. Both men arrived at a Canadian Socialism with roots in an awakening social consciousness that permeated a number of Canadian churches at the beginning of this century. 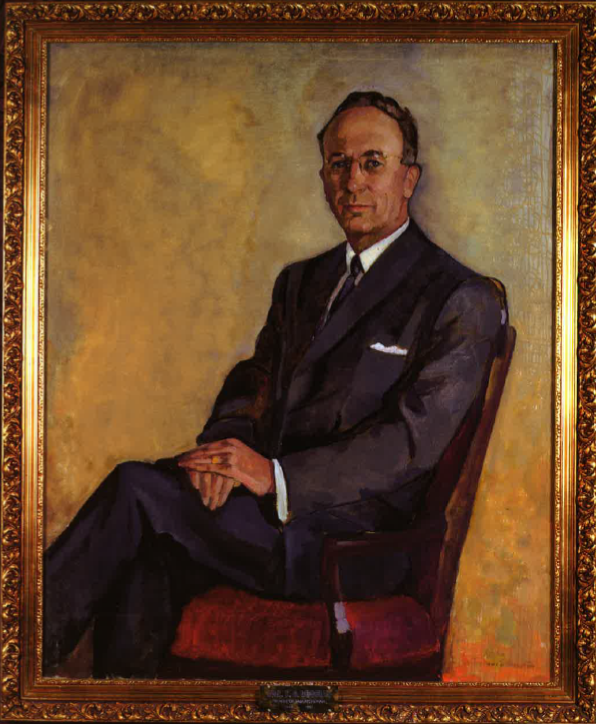 Thomas Clement Douglas was born in Falkirk, Scotland. His father, an iron-worker and Labour Party supporter, brought the family, in 1911, to Winnipeg, the commercial and industrial capital of western Canada. It was likewise a centre for the Social Gospel movement, also known as practical Christianity, or the application of the gospel to social conditions.

Tommy’s father was a religious freethinker; his mother, along with Tommy and his younger sister, attended the evangelical Beulah Baptist Church in Winnipeg. In addition, the family developed ties with the All People’s Mission, a social welfare and educational centre for immigrants run by J. S. Woodsworth. An eminent writer, lecturer, and social researcher, Woodsworth was a lobbyist for social measures such as workers’ compensation and allowances for single mothers. Over the years, he became a role model for Douglas.

Douglas left school at the age of fourteen and became a printer’s apprentice. In 1924, determined to further his education, he entered Brandon College, where he completed high school and received degrees in arts and theology. (He later earned a master of arts degree from McMaster University.) The Baptist denomination operated Brandon College, but the college was regarded by many as an outpost of modernist thought and teachings, and tensions ran high between many congregations in the Baptist Union in Western Canada. Douglas left the college with an almost agnostic view of Christian doctrines, regarding freedom of thought as part of his Baptist heritage. He rejected fundamentalism as “fairy stories” and regarded Christ as the greatest of moral teachers – one who recognized that “the great motivating force in society is love for your fellow man.”

“He embodied the social democratic movement.”

In 1930, Douglas became the pastor at Calvary Baptist Church in Weyburn, Saskatchewan. Here, he would be transformed into a social activist, a member of parliament, and a provincial premier. Weyburn was an agricultural town, and Saskatchewan was entering a prolonged drought and economic depression. Farm families faced bankruptcy, even starvation, and hospital beds lay empty because of high health care costs. Douglas worked with local ministers to organize relief shipments from other parts of Canada. The basement at Calvary Baptist became “the distributing centre for the unemployed.”

In 1932, Douglas wrote to Woodsworth for advice on political action, and the older man urged Douglas to join the Saskatchewan Farmer Labour Party, which soon federated with its counterparts in other provinces to form the Co-operative Commonwealth Federation (CCF). It pledged to work in Parliament for government medical, hospital, and unemployment insurance; for a national pension plan; for federal control of interest rates; and for other reforms. Douglas ran as the party’s federal candidate in Weyburn in 1935 and joined Woodsworth and four others in the first CCF caucus in Ottawa. The CCF’s image as a party of extremists limited its success federally. In Saskatchewan, however, it attracted much of the rising talent in the farm co-operatives, town councils, and trade unions. Douglas assumed the leadership of the growing provincial CCF in 1942. Through brilliant internal reforms, he pulled factions into a campaign team and swept to power with 47 of 53 seats in June, 1944.

Through brilliant internal reforms, he pulled factions into a campaign team and swept to power with 47 of 53 seats in June, 1944.

Douglas was Saskatchewan’s premier for seventeen years, winning five successive elections. His early years oversaw rapid change: the extension of state-operated electric power and telephone service to rural areas, the launch of a government automobile insurance corporation, and the introduction of free hospital care. Through the 1950s, his government diversified the economy and paid off the provincial debt, which had been the highest in Canada.

From the time he entered politics, Douglas had urged the federal government to introduce state-run health insurance. In 1959, he announced that Saskatchewan would go it alone. The legislation that he introduced in 1960 would continue to define Canada’s Medicare system into the 1990s. Douglas and his successor, Woodrow Lloyd, faced demonstrations and a doctors’ strike that attracted international attention, but the Saskatchewan CCF’s universal Medicare system worked. Within a few years, Ottawa would extend that system to everyone in Canada. It was Douglas’ greatest achievement as a public servant.

When he retired from Parliament in 1979, he embodied the social democratic movement; his speech to a dispirited NDP convention in 1983 is regarded as a moment of renewal for the party.

While premier, Douglas continued his church membership and Sunday school teaching. Although he shifted from the Christian language of the Social Gospel, he maintained an evangelistic tone, with frequent appeals to brotherhood and a sense of “a higher destiny” for humanity. His inspiring oratory and political record won him recognition across Canada. When a national party was formed in 1961 to succeed the CCF, Douglas agreed to become its first leader.

He had high hopes for the New Democratic Party, but in his ten years as its federal leader it never won more than twenty-three seats. Douglas, however, remained a prominent public figure, speaking at universities, conventions, churches, and synagogues and attracting large crowds to his political rallies even when votes went elsewhere. When he retired from Parliament in 1979, he embodied the social democratic movement; his speech to a dispirited NDP convention in 1983 is regarded as a moment of renewal for the party.

Douglas lived a quiet life, taking pride in his wife and two daughters. His hallmark was a cheerfulness that spilled over into his meetings with strangers and friends and that did not diminish during his battle with cancer, which ended his life in 1986.

The Social Gospel movement of Douglas’ boyhood set out to build the kingdom of God on earth. Douglas had to accept more modest achievements and numerous political failures. “You’re never going to step out of the front door into the kingdom of God,” he said before he died. “What you’re going to do is slowly and painfully change society until it has more of the values that emanate from the teachings of Jesus or from the other great religious leaders.”

Restoration specialist Jason Barnsley is working to repair a much-loved pipe organ from the 1920s after it suffered damage from a fire in 2017.