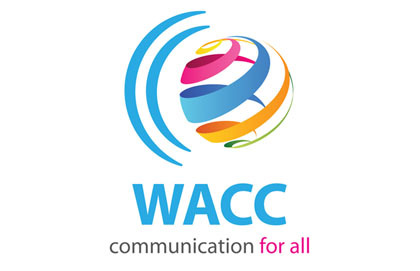 The right to be listened to is not always protected during global development aid.

For many developing areas, cultural values are assumed by donor countries, which sometimes take little time to ask what the community truly desires according to their backgrounds and beliefs.

But that’s not always the case. Sometimes, people do ask what you need, and listen all the same.

Dr. Karin Achtelstetter, General Secretary of World Association for Christian Communication, recently recalled a story from a worldwide Sikh organization represented at a UN interfaith roundtable, who talked about their approach to development aid.

“He was telling the story how they went to refugee camps, and he said ‘our approach is not that we decide what the people need. But we ask them, what do you want?’” she says.

“What they wanted was the Quran. So the Sikh community facilitated that they could have the Holy Scriptures,” says Karin.

For Karin, this approach exemplified how faith based development can satisfy unique human needs of specific cultural groups in a way that a field report on food and water simply cannot.

And that’s exactly what the World Association for Christian Communication is after.

The World Association for Christian Communication (WACC) is a global human rights organization that focuses on communication rights in development. For WACC, the right to communicate is as essential as the right to food, shelter, and water.

Why? Because WACC believes communication is central to one’s ability to build meaningful relationships with other humans—a fundamental necessity not only for one’s well being, but for any form of humanitarian and development aid.

Karin began leading the organization just over six years ago, when she moved to Toronto from Europe. She is a German-born Lutheran Pastor, PhD, and journalist, with a background in women’s studies.

After years of living in Geneva working in the field of ecumenism, Karin was nominated as General Secretary of WACC, a role that bridges her passion for media communications, her educational background, and her faith.

Formerly, WACC was based in London until 2006, when it was decided that they should relocate to Toronto. Despite being new to Ontario, they feel very welcome. Karin currently works with interfaith councils in Toronto on matters of religious diversity. She has learned much from the climate for interfaith relations in Canada that she wants to apply abroad.

WACC has members in 120 countries across the globe. According to its website: “Working with them at local, national, and regional levels, we address communication needs, strengthen capacities, advocate for communication rights, and tackle ongoing challenges such as the need for gender-sensitive reporting, peace-building, and participatory communication for development.”

It is the only Canadian faith-based organization invited to the UN’s interfaith efforts related to the Sustainable Development Goals adopted in 2015—an honour the organization does not take lightly.

Faith based values are vital to the implementation of these goals by 2030, which is why organizations with religious foundations are convening to take on the task.

“What is so exciting about this process is that it brings together development organizations and agencies from different faiths,” says Karin.

Karin says WACC feels very blessed and privileged to be part of this process. Even after working in the ecumenical movement for over 20 years, this has given her yet another perspective to consider.

“This is a new challenge. Our organization is based in the Christian faith. Now we have members in some regions that are not Christian, so it’s changing. But our principles of communication, our values, they clearly come from a Christian Biblical basis that you can see in our principles,"

It’s this kind of learning that has made UN involvement so fruitful.

“As much as we want to contribute, we also learn a lot,” she says.

WACC and other faith-based organizations have been working with the World Bank on the implementation of sustainable development. These groups are pushing the envelope with innovative discussions around new ways to determine progress—including questions such as: “How do you measure hope?”

WACC is focused on bringing its work at the UN to a national and local level of interfaith development in Canada, asking  how it can use the humanitarian methods and ideas at home.

WACC also runs the Global Media Monitoring Project (GMMP), which is the largest and longest-running research and advocacy initiative for gender equality in and through media news. To learn more about the research and advocacy project implemented by grassroots researchers, visit their website.