Thana de Campos came home to God by travelling thousands of miles from her home in Brazil to complete a PhD at the University of Oxford in England. 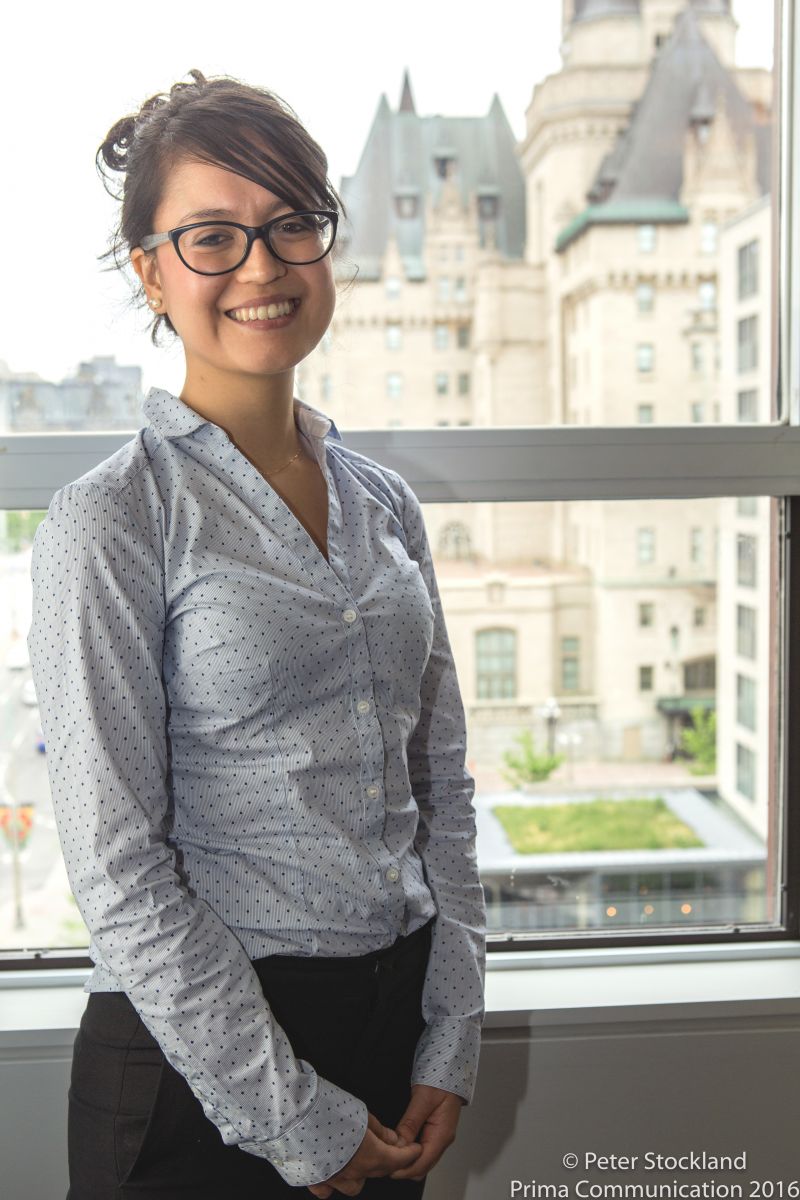 Now the 32-year-old academic currently working in legal research at the University of Ottawa hopes the faith she re-found will flourish among her Canadian students and colleagues.

“When I went to Oxford, I was surprised and shocked to see so many bright people who were so faithful and rooted in God. I asked them ‘can you teach me the Bible and the Catechism again because I don’t really remember.’

“I started reading C.S. Lewis. I was reading Mere Christianity at the Oxford Oratory and all of a sudden I just realized God is real and God has been with me all this time. It’s clear to me that’s why I went to Oxford. It was not for the PhD or anything else. It was to find God,” she says.

Her doctoral work was on the complex legal issues surrounding intellectual property rights that block the world’s poor from receiving adequate medication to prevent such crises as the Ebola virus. A post-doctoral year at Cambridge gave her time to complete the manuscript for Global Health Crisis: Ethical Responsibility, which is slated for publication in next year by Cambridge University Press. She arrived in Ottawa last November to work on legal and medical ethics research at the U of O’s Centre for Health Law Policy and Ethics.

Growing up in Sao Paulo as a child of deeply Catholic parents who were also academics, Thana was an altar girl and active in the Church but never took faith too seriously. During her undergraduate years, she lived out a rebellious phase away from the Church entirely. The community of friends that surrounded her in England changed that soon after she arrived there in 2010.

“I realized that God has always provided for me, leading me and protecting me in spite of all my craziness. I was very involved in mentoring students, in teaching Catholic bioethics to them, discussing issues, having reading groups. That’s my vocation. It’s what I’m called to do.”

She is particularly drawn to the contemplative life and “little way” of the Carmelites, a Catholic order that dates to the 12th century and emphasizes the grace available from the miracles of daily life. In fact, she believes much of her return to faith is a response to the Carmelite emphasis on a quiet relationship with God.

“I struggled with faith in Brazil because the Church there is really lively. They’re very charismatic and I find it very difficult to find God when there’s a lot of excitement and noise going on. I find him in contemplation and silence so that God can speak.”

When she speaks to God, Thana laughs, she does so in English, not her mother tongue of Portuguese.

“I met God when I was in England, so I started to talk with Him as I would talk to another person there: in English. It was a different language for me so I had to think about what I was saying. I had to be more careful when I was speaking. I had to really listen to be sure I understood.”

In the eight months since her arrival in Canada, Thana has come to understand that the vibrant Christian community she encountered in Oxford has no real counterpart on the U of O campus. She has also learned, from so ever-so-polite Canadian cold shoulders, to tread tactically on life topics such as abortion and euthanasia. Most of her colleagues, she says, have their own positions firmly set on those issues.  Many students view religious faith as threatening, harmful or wishy-washy emotionalism.

Still, there are moments of light. A colleague of hers was intrigued by the smudge on her forehead when she returned from Ash Wednesday Mass, and struck up a conversation about the relationship between Lent and Easter.

“I explained its not to punish you but to make you flourish with Christ, and I could see in his eyes he found that very beautiful. There are little things I can do to open eyes a bit to faith and God. Little things give me hope I’m here for a reason.”

Discussions about political or moral philosophy become opportunities to introduce the Gospel without preaching it. Everyday life is the opening to show her colleagues Catholics are nice, normal, happy people.

“By doing little things around them, people become open to discussing faith-related things. Most people are curious. They don’t know much about Christian faith. I feel called to spread the Gospel of life and God’s message. I’m very happy when I see eyes opening to the beauty, the goodness and the truth.”

Grade 8 student Hannah Rose Marshall shares how her great-grandfather is a man that she believes has had a tremendous effect on many people’s faith by reason of his trust in the Lord and how he strives to get to know Him better on a daily basis.

To Wonder at God's Mystery

Wonder is how we relate to the mystery of God, finding truth beyond the horizon and yet just in our grasp, writes Matthew Van Abbema.