As she seems to do with everyone, Dalia Abdellatif listens calmly to the agitated young man in front of her at Edmonton’s Evacuee Reception Centre. 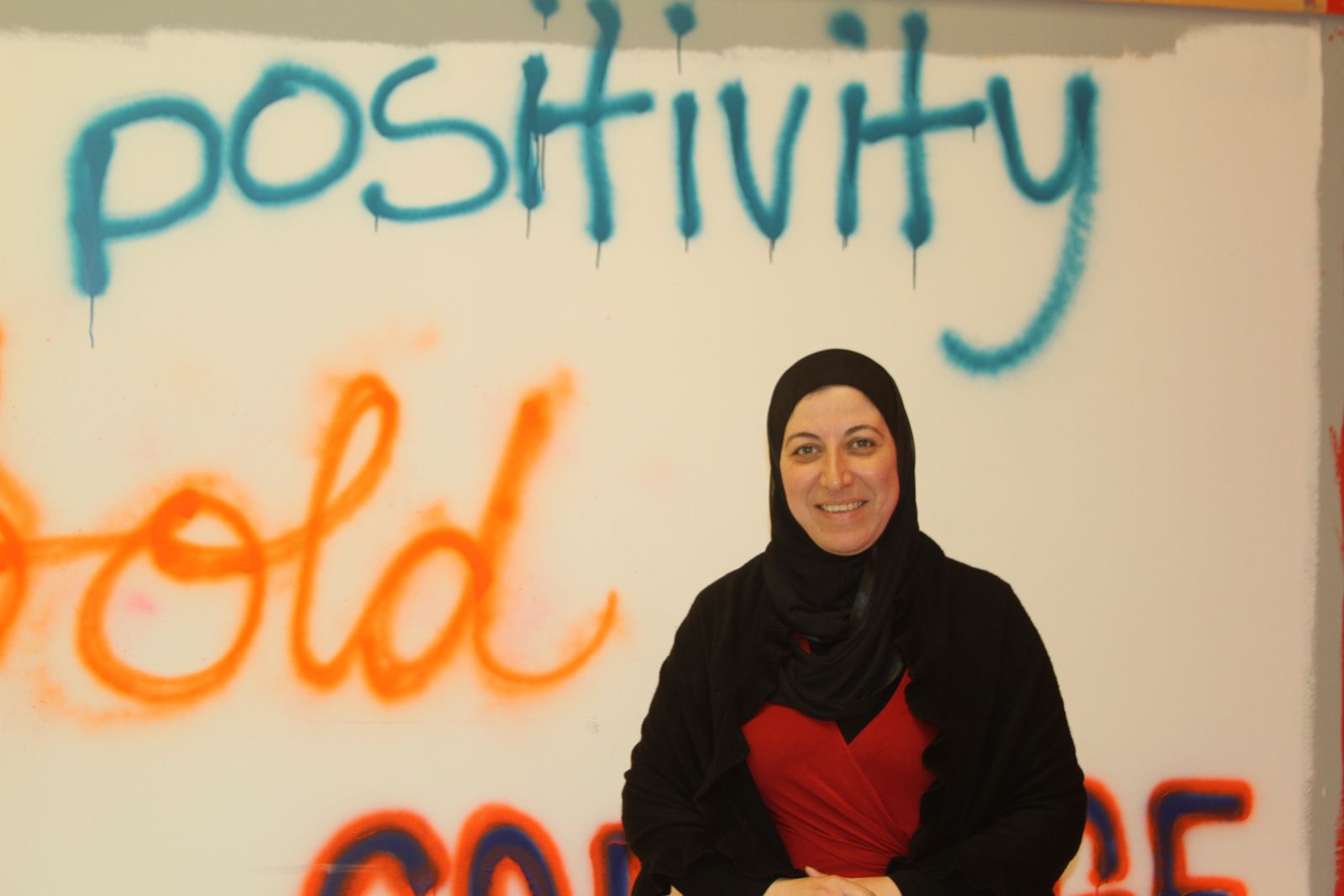 Dalia looks into his face as if absorbing the essence of his distress, and tilts her head to let him know she’s listening, then says: “Come with me. I can help you.”

A mother of three with a salaried job in the hospitality industry, she has been on her feet since 7 a.m. as the volunteer manager of the massive reception centre operated by the Edmonton Emergency Relief Services Society in a former Target store at the city’s Kingsway Garden Mall. She, her 16-year-old son and a handful of volunteers set the entire operation up in the two days after fire swept through Fort McMurray on May 3 and drove more than 80,000 panicked people south with little more than the clothes on their backs.

More than 3,500 families came through the doors of the reception centre in the first four days. So did more than 2,000 volunteers offering, at various times, to help in any way they could. Dalia’s job was to make sure those needing help and those wanting to help were able to mesh as effectively as possible. She didn’t sleep for the first two days.

Now, she leads the young man past lines of people snaking around tables bearing donated goods from toothpaste and tooth brushes to toilet paper, shampoo, underwear, diapers, clothing, children’s toys, pet food and every other taken-for-granted staple of contemporary existence. She finds him T-shirts. He leaves the evacuee reception centre, calmed, even smiling a little.

“As long as I can help people, that’s where I’ll go.” Dalia says when the small circles of people demanding her constant attention cease long enough for a brief conversation.  “My pleasure is to see people smiling. It’s like a million dollars to me. I’m alive.”

Her almost preternatural calm comes, she says, from taking over her family’s business when she was a 19-year-old university student. A prosperous merchant in the Egyptian city of Alexandria, her father suffered a stroke that left him a wheelchair and barely able to speak. As the eldest child, it was primarily up to Dalia to support the family and keep the business successful, even if that meant learning almost everything from scratch.

Helping is something her parents instilled from an early age. Dalia’s father kept a list of the names of needy people for his business to help. Her Islamic faith taught her the necessity of giving to others.

Arriving in Canada with her physician husband and children five years ago, Dalia began volunteering with the Islamic Family and Social Services Association, then helped with Edmonton’s Mennonite Centre for Newcomers and then Edmonton Emergency Relief Services Society (EERSS), where she is both a volunteer worker and board member.

The Fort McMurray crisis is her second major relief effort this year. She was deeply involved in helping with the settlement of Syrian refugees in late 2015 and early 2016, enlisting her family to drive around Edmonton in a truck delivering furniture and other necessities to the newcomers.

The one moment when her composure slips is at the thought of some of those refugees, many of whom thought they were safely settled in Fort McMurray, being again disrupted and forced to evacuate their new homes. Her eyes brim. Her hands go, reflexively, protectively, to her face.

“That’s why I love working with the EERSS. Our work is here, with people, helping, not sitting still. If I sit still, I feel dead. I told the [Syrian] refugee families ‘call me any time.’ They call me at 6 a.m. sometimes, and my husband says ‘That phone is your office. Take your office outside.’ But I want my children to see what helping people brings, that it’s what God wants us to do.”

A small circle of people is forming at the bare table in the reception centre where we sit talking. They all need Dalia’s help. And Dalia, as it seems she always does, goes.

The Heart of Father Lacombe

Most Albertans – whether they realize it or not – have heard of Fr. Lacombe.  A quick Internet search reveals that this saintly missionary priest has had a neighbourhood, nursing home, hotel, park, school, Catholic men’s guild and even a town named after him.

Faith in the Family

In her Golden Thread submission, Danielle Cuevas tells of the story of her parents coming to Canada and going through so many hardships. It "is a simple story compared to many others, but their perseverance to keep the faith strong no matter what inspires me to this day."