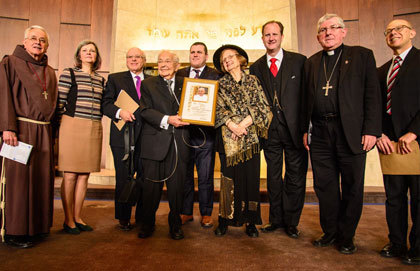 Something Most Significant May 9, 2016  |  By Damian MacPherson

What I have in mind is the type of an event which should be told over and again. What I am about to describe here is unusual, simply because of its infrequent occurrence.  In fact, I am confident when I say that the likes of this event has never happened before in Canada and still to take place in numerous countries throughout the world. 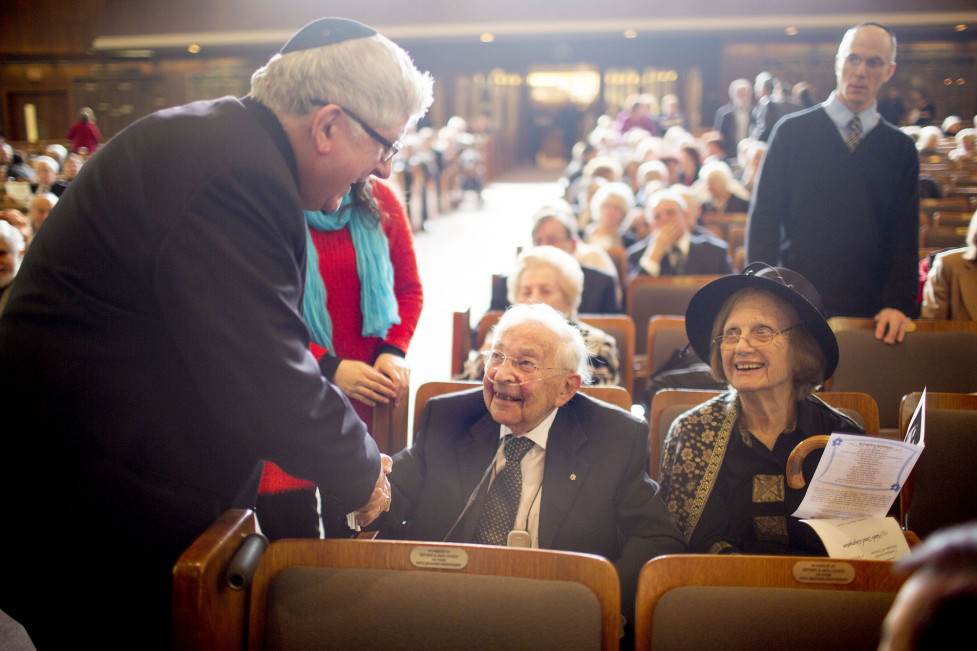 Stories often begin with ‘once upon a time.’  This one happens to have occurred in our time. Both Rabbi Erwin Schild, who is Rabbi Emeritus of Adath Israel Synagogue in the city of Toronto where he served for more than forty years and his wife Laura are the center piece of this brief but profoundly significant story.

At age 95 the Rabbi continues to contributed a legacy of good will and succeeds in creating an enduring spirit of fraternity by his active presence and leadership within the Christian Jewish Dialogue of Toronto. Like a wise shepherd he has, throughout his long tenure of service, given stability and dependable guidance to all of the participating members of the dialogue. He was the founding Rabbi of the dialogue before the Second Vatican Council issued its most revolutionary document Nostra Aetate on relations between Catholics and non-Christian religions in 1965.

Standing ahead of every good man there is a woman and so it is for his wife, Mrs. Laura Schild. Members of the dialogue unanimously agreed that we should acknowledge Rabbi Schild’s contribution to the dialogue, while at the same time give deserved recognition to both on the occasion of their 70th wedding anniversary.

It was agreed that Rabbi and Laura Schild should be honored by receiving a Papal Blessing from Pope Francis. A Papal Blessing is ordinarily reserved for special occasions for Roman Catholics on the occasion of, baptisms, first communion, wedding anniversaries, etc.  As we have seen in other instances, it is not unusual for Pope Frances to be as inclusive as he possibly can be.

Working with Ms. Barbara Boraks, Executive Secretary of the Christian Jewish Dialogue of Toronto, Sister Lucy Thorson of the Sisters of Sion, Rabbi David Seed of Adath Israel Synagogue, chair of the Toronto Christian Jewish Dialogue Committee and myself, Rev. Damian MacPherson, SA, Director for the Office of Ecumenical and Interfaith Affairs for the Roman Catholic Archdiocese, we submitted  a request to the Vatican for the papal blessing and happily we received positive response. The blessing is in the form of a beautiful scroll with hand done calligraphy, personally addressed to the recipients.

On March 6, 2016 a congregation of Christians and Jews gathered at Adath Israel Synagogue in Toronto for common prayer and a formal presentation of the framed papal blessing.  His Eminence Thomas Cardinal Collins of the Archdiocese of Toronto bestowed the honors on both Rabbi and Laura Schild. The stir of excitement within the congregation and the fellowship which followed gave clear evidence that something most significant had occurred. In the words of acceptance by Rabbi Schild, “I believe that our event today  . . . is intended to signal liberation: from fear to hope and from suspicion to trust.” Personally I would say that the event placed an indelible mark on the state of relationships which exist locally between Christians and Jews here in Canada’s largest city.  Reports of the event were recorded in the Jerusalem Post and many other local and international publications. 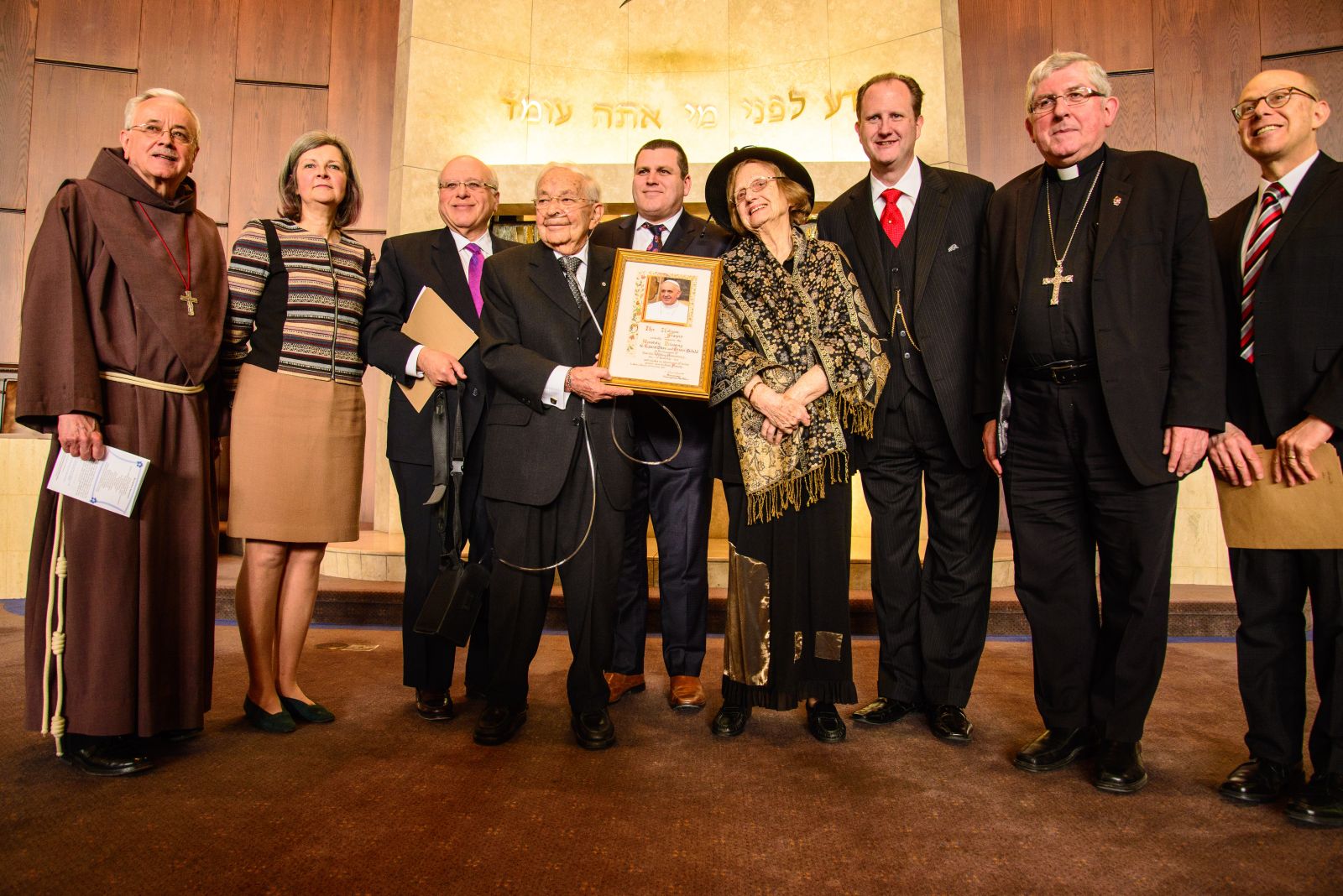