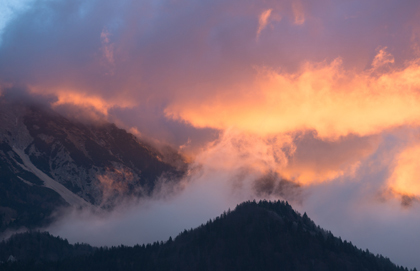 The first time I heard the song “Great Are You Lord” by All Sons and Daughters, I was brought to tears. It was simple, it was beautiful, it spoke to me in a way I could not describe. In that moment I was fully embraced by the loving hands of God.

All my life I have been on an existential search for purpose. Spending hours agonizing of the "why" of all life’s unanswered questions. Wondering why we are here, and why life sometimes hurts so much. I have twisted my mind into knots trying to solve unsolvable problems, and creating complex frameworks to attempt to understand. I wanted God to provided a multidimensional answer, One that would address the angst and tension, explain the pain, provide my life’s purpose, grant me peace, and explain his character all at once. I expected a profound divine intervention, a Eureka moment, a climax. Instead I got the quiet whisper of a song lyric speaking into the darkness of my soul “it’s your breath in our lungs.”

It was too simple. I wanted monumental. I could not accept that all my life’s pondering could be explained in six words. Could that really be it? I didn’t think so. So I ignored it. I appreciated the sentiment but discarded it as a nice thought. For two more years after those lyrics first graced my ears I wrestled with God. I lost myself in the abyss of despair desperately trying to assimilate my faith with the reality of the seemingly hopeless world around me. I was brought to my knees by my incapacity to rescue those I cared about from the afflictions they faced. I drowned under the weight of my inadequacy and was driven to the point of wishing for non-existence, convinced I had nothing of value to offer this world. Yet at every step of that Journey the still small voice would continually whisper “it's your breath in my lungs.”

On June 10th 2015 at 6:11 a.m. my life should have ended. Due to a series of uncontrollable events, while driving on the highway, I crashed my truck into a concrete median. The truck was in pieces. Forty metres of concrete had been pushed into the lane of oncoming traffic. Rescue had to cut me out of the vehicle.

The very long list of things that should have occurred did not for seemingly no conceivable reason. I walked away from the hospitable later that day with a concussion, whiplash, and severe soft tissue damage in my shoulders, neck and back. Long story short, grace of God I am alive and breathing today. Through the course of my recovery those simple six words are the only thing I could hold onto with any conviction. “It’s your breath in my lungs.” I am breathing because the King of Kings breathed life into me. I am here because He wants and needs me here. From that moment on, everything I am and everything I do became a testament to His faithfulness. Those six words are no longer a comforting passing thought. They have become the means to my very existence.