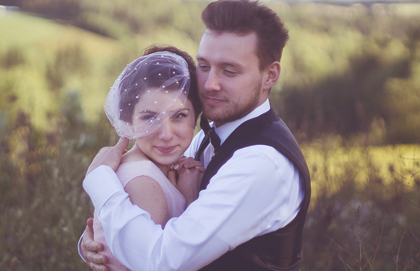 At one time, to attempt transforming our story into words would have been to devalue the mystery and the beauty, like tearing petals from their stem. But time has passed, and already my memories are fading. As I once did with the roses he gifted me—hanging them to dry, preserving their color—I will now do with those days.

A spark flared. Like a fleck of gold on a riverbed, it settled in my being. I made a pilgrimage across Spain on foot, and the spark did not blow out. I was swept into the vortex of Boston, and it did not blow out. I returned to the gusty prairies of Saskatchewan, and was surprised to discover that the spark still remained, no less fervent than on the day it was born.

I knew I was called to Prince Edward Island.

And I heard a murmuring voice, soft but bright, suggesting the possibility that he was there, the one whose name I longed to know and whose heart I longed to hold, but whose very existence I doubted. Maybe he who would hold my heart—this heart crafted for simplicity—could not be found anywhere but in that simple place. The Gentle Island.

I had ever been a timid child, afraid to step beyond the nest, let alone fly to the far reaches of my country—and yet I did. Somehow, I bore the strength, the desire, to unfurl my wings, wave goodbye to everyone I loved, and sail to a ragged crescent on the map, a place I knew no more than its people. But I did know I would always wonder what might have been if I let my doubts tackle me back to earth.

I set foot not in a patchwork postcard but in a frozen Narnia. Swiftly, I found myself nursing disillusionment with cups of tea and calls home. Greeted by many kind faces, but none that could possibly be his, I realized the love I had hoped to find here may not come as I had envisioned—not in a bare-armed fisherman who adored the chuckling sea, but in deep-anchored friendship.

When the snow melted into lupins, I became the child I never was: bold, vivacious, hungry for risk. My friends and I slept to the melody of the sea and roamed to the cries of the gulls. I discovered that the freedom of dreams can penetrate the fabric of reality—and I danced in a sun-and-sea-colored dress. My heart became swollen with God’s joy and peace, with honeyed sunlight and the salty breeze; His name was etched in every branch of driftwood, every slice of sandstone. I no longer desired to search for another’s name. My life was warm and green, cool and blue, an effervescent drink bubbling in my nose, sand tinkling through my toes. Freedom. What more did I need than this?

I was about to leap into my next adventure when the fisherman cast his net and captured my heart. I fell gently to a gentle man on the Gentle Island, even as I gasped, the scales at last falling from my eyes. This man, like Peter, was not a fisher of fish but of men, of the truth embedded in every heart. He was nothing like the image I had carried with me to the island, not who I had thought I wanted—but everything I needed. He revealed my own heart to me. As I saw myself as I am, so too did I see him. And that image—that graven image that had become an idol—was shattered.

Blasting through star-crested waves, I found him racing at my side. We drank the wind together—I, a poet, and he, a philosopher. Like a key and a lock, I realized that two people need not be same to become one. My heart, bursting with God’s golden goodness, spilled into his heart. And that spark, forgotten but not smothered, rose to the surface and escaped my being to whirl into the sky and merge with his spark; we created a beacon in the night. We knew we must protect this gift, this fire that could rage beyond control just as easily as it could be suffocated. And our love grew.

As I write, I am rocking in a chair, cocooned in the stillness of a home where love is safe. When I first came to the island, I remember sitting in a rocking chair much like this and writing about what might come to pass. Strange, that only once I let go of my hope to find him did my fisherman come to me.