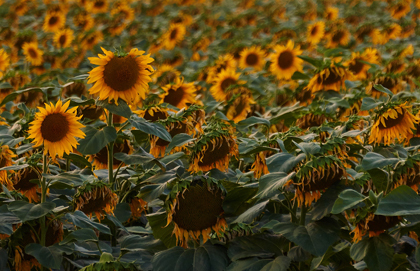 I remember the white cracked walls of a Ukrainian hospital for patients diagnosed with blood cancer. I was lying on dirty pillows with the unpleasant smell of recent disinfection, and an old uncovered mattress, because the Ukrainian health care system did not have sufficient funds to provide good conditions for those suffering and lost like me.

I looked at the ceiling that was as much cracked as the walls, with some ugly spots from floods of those rainy days on it… cracked as my life….

I was 21, full of dreams and ambitions, but this sudden change in my body, this horrible diagnosis ruined everything.

I was angry, I hated the world, I felt that God had left me.

I looked around: some other patients in the room had small icons of Jesus and Holy Virgin above their beds, but most were complaining that it’s unfair, they didn’t understand why God had chosen them to go through this. Neither did I.

I just didn’t want to think about this anymore. I closed my eyes.

My life became a thread of long monotonous days, which were divided on days when I had chemo and got sick, and days when I was still alive to attend classes at university, and to work.

It took a bit before my mother decided that it’s her responsibility to pray for me and to show me the way to faith.

December, Christmas time, Kiev-Pechersk Lavra, the most saintly place in the whole of Ukraine. I am standing in the service at the church waiting for my first Confession and Eucharist ever. My first tears of gratitude….

The night after was the scariest night in my life. I met my personal demon – I faced my illness.

She came to me after midnight. It was a little girl with a lovely face and curly hair. She called me “Traitor” and spat into my face. My sister was peacefully sleeping beside me, but I was paralyzed with a fear and couldn’t even scream. It was real. My fear was real – it had a body, a voice, power. And I was so vulnerable. I was trying to resist praying in my mind, but I forgot words. Then she laughed and said: “You, stupid worthless animal, you will not win this battle! You bet!”

“I will… I will… I WILL,” I finally shouted at her and woke up my sister and parents. The girl disappeared and never disturbed me again. I understood that the reason she came was that she was weak, and the only weapon she had was fear.

F & F - Fear and Faith: the two most powerful weapons in the world. Like two ends of one stick, and it’s up to you which side you choose to hold.

A few months later, my doctor said there were significant improvements: “It seems like one more chemo instead four – and you win this battle, girl!”

I finished treatment and met my Spirit Father – a priest named Oleg. The story how we met is worth a separate essay, but it was definitely a miracle, God's providence. Because sometimes we need somebody with a strong faith who can show the right direction if you doubt, who can interpret God’s signs on your way. I prayed for such person, and I got Father Oleg.

I felt full of life again, I was more active and luckier as I had been before my illness.

I started a few social projects that eventually lead me to Sweden and then to Canada.

Since then, every person, every situation and success on my way has been like diamonds in my personal Golden Thread of Faith. What I did was I just trusted God. I believed that I’m on the right track now. I am the train and He is my driver. And the speed is high. Nothing will stop me.

From a beautiful place of sunflowers and infinite sky, Where the Black Sea cuddles shiny sands of time,

Where Carpathian Mountains listen to the music of the heart of mines, That's where I come from, and where I died...

That's where I revived, Where I was reborn

To breath deeper and meaningfully. I come from that part of the world,

Where people used to be hospitable and cheerful,

But the war crushed their plans and made 'em sullen and closed. I come from that part of the world,

Where you have to be strong to survive another day Full of stress and uncertainty.

A fabulous place from my dreams. A home of my ancestors.

A place of hope and belief. A temple of grief.

But I know that one day the place I come from will revive. As I did.

It will get a new birth, a new chance. As I did.

It will breath deeper and meaningfully. As I did.

And its brave children will live a new life.

And the first letter of your name, my Motherland Ukraine, Will become everything for everyone who deserves it.

Because U is Universe.