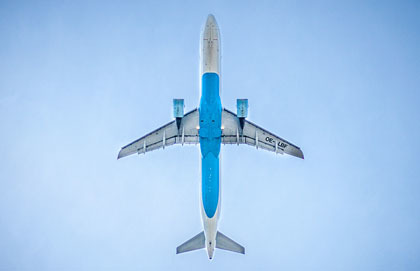 By Merrilee and Dan Fraser

We are often asked why we like to go to Cuba when the food is so bad, and our response is “we go to Cuba for the people, not the food.”

Our love affair with Cuba and its people began in the year 2000.  We were staying at a resort in the Holguin area where we learned much about the country and the living conditions of the local people. Cubans are a happy, delightful people even though they do not have the material luxuries we enjoy.

Two experiences during our first visit to Cuba have prompted many visits since. The first was when we were out on a small catamaran called a Hobie Cat with a young man who worked for Gaviota, the tourism branch of the government.  Each day he would take us for a ride and during our friendly chats we learned that his girlfriend’s family disliked him and greatly disapproved of their relationship for two reasons: he was darker skinned than she, and he wouldn’t be able to provide a home if they were to marry.  Although most people have a place to live in Cuba, many generations live together in one small house, and the buildings are often substandard.

We could help him build a home for the girl of his dreams. We said nothing, but the following year returned to the same resort and gave our friend the funds required to build a home. He was stunned. But that’s exactly what he did. He built an apartment on top of his parent’s house, he married his sweetheart, had a son whom they named after my husband, and we became the godparents of their son.

Over the years we have met all of his extended family in the area and have become close to many of them, particularly his cousin’s family who have two children. The cousin and his wife are both doctors and earn the equivalent of $25 per month. They once went nine months without a fridge in 40°C weather because they had no money for the $80 part needed to repair it. Because this couple doesn’t work in the tourist industry, they have no access to tips from foreigners which is what helps many of the Cubans survive.

The second experience was when we gave some household items such as towels, a flashlight, and candy to one of the gardeners at our resort and thanked him for maintaining the beautiful property. The next morning we found a beautiful hand-made cricket from palm branches outside our door.  Each day we would find a hibiscus flower or some other token of gratitude outside our door.

On our last day we saw him again and gave him $20, the equivalent of his month’s salary. He was speechless and cried. He has since re-married, had three beautiful sons and with continued help has expanded his little home to one that is still modest (six people share the bedroom) but houses his family more comfortably. Instead of a dirt floor they now have a concrete floor and rather than a backhouse, they now have a bathroom with a toilet (that you pour water into from a bucket to flush) and a shower.

We have learned that many Canadians vacation in Cuba for the purpose of helping the Cuban people. The generosity, kindness and Christ-like actions of all those who offer their support bring to mind the scripture found in St. Matthew 25:40, “And the King shall answer and say unto them, Verily I say unto you, Inasmuch as ye have done it unto one of the least of these my brethren, ye have done it unto me.”

We visit the homes of our friends each year, see their continuing improvements, feel loved and are considered family. They roast the ‘fatted pig’ for us, a great sacrifice on their part, and offer us all they have and would be delighted to have us stay in their homes rather than a resort. We are their Canadian family and they, our Cuban families.

Over the years, momentum has increased and we have become the catalyst for many others to help. The airline we travel with often gives us extra luggage weight at no cost for humanitarian purposes. Family members who have been to Cuba send money to support friends they have met and ask us to find others who could use it. My parents and friends who have never been, also send money to give away while others save their used clothing so we can take it for distribution. Our dentist donates cases of toothpaste and toothbrushes.

Sometimes we struggle to know who to give specific items to, but then the perfect person will cross our path and we know by their response that it was meant for them. I confess there are  times when we don’t always make the best choice, like the time we gave toothbrushes and toothpaste to the old man who in return gave us a huge toothless grin of wonder! Candy and chocolate are always a welcome treat so we make sure we have lots, and love to see the smiles and delight that fill the eyes of those who receive it.

Some of the other items that have filled our luggage are pillows, toilet seats, mosquito nets, linens, school supplies, cosmetics, soap, shampoo, hair conditioner, tinned meat, olive oil, toys, games, tools, backpacks, crank flashlights, and the list goes on. They need everything.

Thomas S. Monson, president of The Church of Jesus Christ of Latter-day Saints has said, “We are the Lord’s hands here upon the earth, with the mandate to serve and to lift His children. He is dependent upon each of us.”

I have faith in humanity.  I believe most people are good and want to help others and when given the chance, are happy to do so… those who serve others are exemplars of the second great commandment which is “Thou shalt love thy neighbour as thy self.”

I know there are many of our Heavenly Father’s children who have greater needs than the Cuban people.  But I find if we all do our little part to help wherever, whenever and however we are able, the world becomes a better place both for those giving the help and those receiving it.

Merrilee & Dan Fraser are members of The Church of Jesus Christ of Latter-day Saints and live in Burlington, Ontario