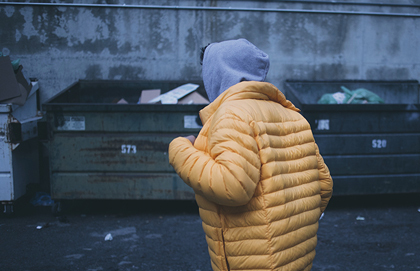 In January 2015, the unemployment rate in Alberta was hovering around 4.6 per cent. Today, it is almost double that at 8.8 per cent.

Statistics like these do little to describe the hardships some Albertans are facing these days. Fortunately organizations like the Canadian Poverty Institute at Ambrose University are searching for solutions to end poverty.

Ambrose, a private Christian liberal arts school in Calgary, will offer three weeks of intensive courses through its Poverty Studies Summer Institute. The seven courses will focus on a variety of subjects all to do with poverty reduction ranging from human rights to co-ops to collaborative leadership. The courses will run from June 5 to June 23.

Derek Cook, director of the Canadian Poverty Institute, hopes the Summer Institute will “create a dynamic community that will energize people and build a network.” A network of entrepreneurs who take the “Introduction to Co-op Development” course who will be able to go back to their communities and generate quality employment as co-ops have been shown to do.

Another course on “Collaborative Leadership” plans to teach new ways for people to work together to tackle the complex problem of poverty.

“Right now systems are siloed and fragmented,” says Cook, who believes the students, practitioners and ministry workers will learn new skills to “work horizontally in a vertically organized system.”

The “Human Rights and Poverty“ course aims to create a network of people who are trained in the ways of “making the system aware of their obligations” as it pertains to poverty in Canada. Leilani Farha, U.N. Special Rapporteur on Housing will lead the course in discussing, as Cook describes, “poverty as a human rights issue” in an effort to “move responses to poverty away from a charity model; promoting the idea that people have as much right to live poverty free as they have to clean water or fresh air, that it is a basic human right”

Resilience will be discussed in the course entitled “Shock Poverty” to explore ways to build resiliency so that a crisis will not lead to poverty when ongoing stressors have been wearing people and families down over time. This course will look at the problems and promising solutions to “build resilience in the face of those shocks.”

Two years is a long time to deal with the shocks and stressors of ever increasing unemployment in Alberta and the Summer Institute hopes to be a strong force in the effort to build resilience in the face of these adversities.

The Institute is open to both Ambrose students and non-students who have an interest in poverty. Cook anticipates a good mix of current students as well as people who are working or active in the community around poverty.

For more information go to: http://www.povertyinstitute.ca/poverty-studies-summer-institute

Pamela Kenney is a writer for NewScoop YYC, which has granted permission for this story to be re-published as part of the Thread of 1000 Stories.