The Jewish holiday of Yom Kippur – Day of Atonement – is the holiest and most serious day on the Jewish calendar. The day is spent in prayer and mediation with a focus on repenting our transgressions against God and making peace with our fellow man. A mandated 25-hour fast is observed, and a lengthy five-part prayer service is performed in the synagogue. Yom Kippur is the culmination of the Jewish High-Holidays when we assess our past year’s conduct, reflect on our current state and resolve to improve in the upcoming year.

Part of the Yom Kippur service is the reading of the Biblical account of the holiday’s Temple-era practice and the special goats of Yom Kippur. During Temple times, the High-Priest (Kohen Gadol) would sacrifice two identical goats. One goat was brought as a sacrifice in the Temple with an accompaniment of supplementary services and rituals. On the other goat (known as the Azazel goat), the High-Priest laid his hands and confessed the sins of the nation. Afterwards, a representative of the people would take the Azazel goat into the desert to die.[1] Since the earliest days of Jewish observance of Yom Kippur, the ritual of the two goats – physically performed in the Temple and later re-lived through reading the Biblical narrative – has occupied a central role in the Yom Kippur service.

I confess that growing up, the tale of the two goats was not something to which I had dedicated a lot of thought. In fact, I had mostly taken it for granted that each holiday has its unique sacrificial offerings in the Temple and that Yom Kippur was no exception. The goats were just part of the Temple’s many rituals and I never really considered the underlying symbolism or inherent link between the Azazel goat and the day of Yom Kippur. However, I have since experienced a shift in my perspective since I was challenged on this issue during a rather ordinary Sabbath dinner meal.

I had occasion to be in Brooklyn one weekend and was scheduled to eat one of the Sabbath feasts at my close friend and study partner’s house. The day before the meal, he called me to let me know that his father was in town on business, and that he would be joining us for the meal. This was welcome news as I knew his father to be fun and engaging company who always had interesting and insightful thoughts to share.

Towards the end of the meal, with our stomachs full and our wine glasses significantly less so, my friend’s father turned to me and said: “Rabbi Moshe, tell me about the Azazel goat.” I shrugged and proceeded to explain the sacrificial ritual of the Yom Kippur goats. When I was done my monologue, he again turned to me and asked: “Rabbi Moshe, why do we do the Azazel goat on Yom Kippur? What is special about the Azazel goat?” I thought about it for a moment and tried to come up with something profound to add to what I had already said. Long story short, he wasn’t buying it. Even when my friend tried to bail me out and added his own take on the Yom Kippur goats, his father easily deflected our suggestions and refuted our explanations. Finally, when we had reached the limits of our knowledge and exhausted our admittedly shallow reserves of rabbinical wisdom, we fell silent in petulant defeat. His father smiled at us and said, “Perhaps, young rabbis, you need to think about the simple goats a little more.” He then mercifully changed the subject and never brought it up again.

As Yom Kippur is almost upon us, and with it the reading of the two goats, I had occasion to revisit the topic and take a second, deeper look at this ancient ritual. As it turns out, I had more to learn from the Yom Kippur goats than I had originally thought. Whether it will be enough to satisfy my friend’s father is another question entirely. 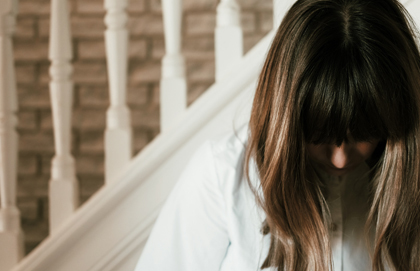 The concept of sin in Judaism contains two distinct elements; transgression and separation. In the High-Holiday liturgy we refer to God as both our king and our father, and when we sin we impact both these conceptions of God. If we think of God as a king, then our sins can be thought of as transgressions of law. When a person sins he/she is held to account for breaking the King’s law and can expect to answer for them in some way. To avoid that daunting outcome, we must repent our sins and express contrition for the wrongs we have done. In so doing, we can expect forgiveness from the King and a reversion to the status of citizens in good standing. This conception of sin considers a person’s actions, their impact on an individual’s record of conduct, and what a person can do to restore their clean slate.

However, if we think of God as a father, then the concept of sinning assumes an altogether different meaning. Instead of a mere legalistic transgression and the potential reckoning that may follow, the sin causes a rift in the relationship between a father and his children and creates space between them. When we consider the steps necessary to bridge the relational gap created by our sins, we cannot limit our repentance to simply wiping the slate clean. Rather, we must find a way to repair our relationship with God and restore our relationship to the way it was.

This idea is embodied in the Hebrew word for repentance – Teshuva. Teshuva literally translates to “return” and represents a person’s journey to return to the way things were before they sinned – on both an action and relational level. At its core, the Jewish concept of repentance is not merely about avoiding punishment for our transgressions, but rather repairing a familial relationship with our Creator.

I believe this to be the lesson of the goats on Yom Kippur – both during the Temple era and in modern times. The Azazel goat, after the confession of the people’s sins, was sent away to die in the desert – alone and in a barren place – while the second goat was sacrificed in the Temple itself. As with many sacrificial offerings, the sacrifice itself is intended to be a metaphor for the person who offers it.

The Azazel goat, doomed to die alone in the desert, represents the distance created by a person’s negative conduct and the status of his/her relationship with God. Correspondingly, the other goat, the one brought to the Temple, represents the alternative direction a person can take – the path back home to forgiveness and closeness – that is easily attainable on Yom Kippur. These two goats and their divergent outcomes embody the choice that is made each year on Yom Kippur.

On Yom Kippur a person can choose which goat she or he wants to be – the Azazel goat who walks alone in the desert or the Temple goat who is welcomed home. We contemplate the previous year, how we conducted ourselves and where we stand as children of God. We have an opportunity to set the tone for the upcoming year, restore our relationship with the Divine and recommit to being creations that God can be proud of. We read the story of the Yom Kippur goats to remind us that our actions have consequences and that it is up to us to choose who we want to be.

Warm wishes for a year filled with blessings and good tidings.

[1] There is a difference in opinion amongst the sages whether the goat was just left to die in the desert or was actively thrown off a cliff.

Changing the way we apologize, Cardus executive president Ray Pennings writes, can change the way we live our whole lives

My Friends the Papal Contenders