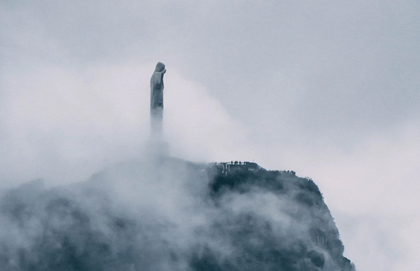 When is it good to write in anger? Not often, most certainly. But never? Certainly not.

I rarely get angry. My annoyance threshold is rather high. Indeed, if it were not for my writing, I would likely not get angry at all. My students at Queen’s and my parishioners on Wolfe Island blessedly do not provoke me; quite the contrary in fact. And the overwhelming majority of my readers seem to be pleased, or at least not upset enough to write. But there are a few who do, not in disagreement but for denunciation; anger provokes anger and I quickly set out a few lines of choice rejoinder in kind.

I never send it. Or at least in twenty years I can’t remember an instance. I hold myself to the well-known maxim that a letter written in anger should not be sent until at least the next day – and at least two days for email! By the morrow a cooler head prevails, and the angry response is not sent.

That is not exactly the prevailing wisdom today. Social media, reality television, professional wrestling and the president of the United States all push in the opposite direction. The sooner the better. The angrier the better. The daily New Yorker cartoon from earlier this week made the point: “Every time I feel like saying something I shouldn’t, I ask myself, ‘What would the President do?’ And then I go ahead and say it.”

I prefer to hold to the maxim of waiting. The same applies to column writing. Anger often can be a motivation to choose a topic, or to produce a draft that engages and entertains the reader.

Column drafts cannot be held over for the morrow, but wise editors are at hand to remove the scorching lines. Anger brings more heat than light. Cool is more persuasive, if less spectacular. 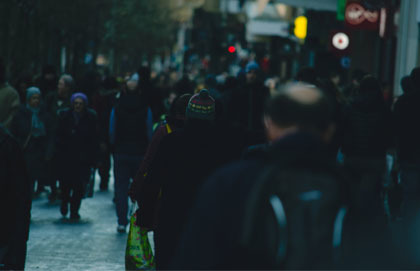 So, I surprised myself a few weeks back in writing an angry column about Archbishop Theodore McCarrick. The retired archbishop of Washington resigned from the College of Cardinals after revelations of predatory sexual behaviour with young men, including seminarians, and two allegations of such offenses with minors.

Angry writing is fitting when anger is the fitting response.

I was angry. And I knew many other people who also were angry. In part, the anger was growing because the reactions and statements of others who should have been angry were not. So accustomed are we to lawyerly evasions and PR consultants that even ordinary people can easily sound like spin doctors. But as the repellent details of the McCarrick case spilled out, spin was not what was needed. An expression of anger was needed.

So, I wrote an angry column. But I didn’t file it. I waited one day. Two days. I went back to see what I would take out. I still felt angry, so I left it all in. Two more days. A week. I filed it. The editors would certainly tone it down. They didn’t. It ran.

Which was right in this case. Angry writing is fitting when anger is the fitting response. Most times anger is not the best response, and we know it. But because it usually is not the best response doesn’t mean that it never is. I often hear in the confessional penitents confess the sin of anger. Anger is not a sin if it is the fitting response. It is sinful if it is not. I often ask: What were you angry about?

Jesus got angry. Not as often as we might think He would have, given the provocations He faced, but His anger means that righteous anger is possible. When we fall from righteous anger to plain old anger, or vindictive anger, or jealous anger, or self-righteous anger, it is usually because we lack righteousness, not so much that we shouldn’t be angry.

When Peter Stockland and I launched Convivium we knew that we did not want to be an angry space, the man shouting in the corner. So, we don’t shout. But sometimes shouting is the right thing to do, and not shouting for the sake of being convivial doesn’t build up true convivium at all.

Do not let the sun go down on your anger. St. Paul tells us so (Ephesians 4:26). It is better to resolve matters before nightfall, or if it remains to allow the passing of the night to resolve it. But sometimes anger remains in the morning. Because it should.