A septuagenarian, Wonder Woman is still admirably fit. She fights crime with her lasso for truth-extracting, her bracelets for bullet-repelling and her bustier for, well, attention-gathering. The comic book world dresses women in impractically revealing outfits for the same reason that NFL cheerleaders dress the way that they do – because powerful men prefer it.

Her 75th anniversary year was something of a breakout for Wonder Woman before she started showing her age. The United Nations had appointed Wonder Woman an honorary ambassador for female empowerment back in October. I don’t profess to any expertise on UN ambassadors, but it seems to be the sort of thing given to entertainers, like a star on the Hollywood walk of fame. Wonder Woman (Lynda Carter) has a star there, so why not a UN ambassadorship?

Back in 1941, Wonder Woman was conceived as a strong and assertive model for women. Her creator, William Marston, was ever so progressive, drawing upon the work of contraceptive pioneer Margaret Sanger for inspiration. That was a touch awkward even in 1941, given Sanger’s enthusiasm for eugenics, which was considered a fashionably progressive cause until Nazi Germany discredited it. Wonder Woman was said to be an Amazon, with various ostensible relationships to the mythical Greek gods. Thus she was both admirably foreign and comfortably American, complete with her American flag high-cut shorts.

All that shows its age in 2016. Early feminists who might have been pleased that Wonder Woman had taken her place alongside Batman and Aquaman were not thrilled that a creature of fantasy fiction was proposed as a model of female empowerment. Back in October when Wonder Woman got her diplomatic credentials, Hillary Clinton was resolutely on the path of Bangladesh’s Khaleda Zia, set to follow her husband to the presidency. If the glass ceiling is about to be shattered, what need is there for Wonder Woman’s invisible plane? Then there was the outfit. As a model for female empowerment, the heroine as sex object was thought more than a little odd even for porn-drenched America. How the sexed-up Wonder Woman would have gone over in Bangladesh is another matter. 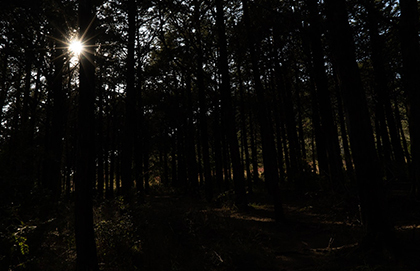 Be Not Afraid: Prophecy in War-Time
The Blessedness of Faith: Why Politics Needs Religion
Human Rights Triage

So barely two months into her celebrity UN ambassadorship, Wonder Woman was dropped as the ridicule and opposition mounted. It is a mark of genuine progress that portraying women as sexualized objects is now less acceptable. It’s still not entirely unacceptable; the NFL cheerleaders are not going anywhere anytime soon.

Which brings us the woman at the heart of Christmas. We think instinctively at Christmas of the Madonna and Child, as is natural enough at the birth of a baby. Yet what took place was supernatural, the virginal conception of a true man, yes, but also true God. And this entire salvific plan of God was foreseen to include the free consent of the virgin of Nazareth. Female empowerment? There is more in the Christmas carol than in Wonder Woman: I wonder as I wander out under the sky/ How Jesus, the Saviour, did come for to die.

How did the Lord of all the universe come to enter His creation? By the consent of Mary. St. Bernard of Clairvaux makes the point poetically in one of the liturgical readings for this final week of Advent:

God has worked His greatest wonder among women.

You have heard, O Virgin, that you will conceive and bear a son; you have heard that it will not be by man but by the Holy Spirit. The angel awaits an answer; it is time for him to return to God who sent him. We too are waiting, O Lady, for your word of compassion; the sentence of condemnation weighs heavily upon us.

The price of our salvation is offered to you. We shall be set free at once if you consent. In the eternal Word of God we all came to be, and behold, we die. In your brief response we are to be remade in order to be recalled to life.

Tearful Adam with his sorrowing family begs this of you, O loving Virgin, in their exile from Paradise. Abraham begs it, David begs it. All the other holy patriarchs, your ancestors, ask it of you, as they dwell in the country of the shadow of death. This is what the whole earth waits for, prostrate at your feet. It is right in doing so, for on your word depends comfort for the wretched, ransom for the captive, freedom for the condemned, indeed, salvation for all the sons of Adam, the whole of your race.

Answer quickly, O Virgin. Reply in haste to the angel, or rather through the angel to the Lord. Answer with a word, receive the Word of God. Speak your own word, conceive the divine Word. Breathe a passing word, embrace the eternal Word.

Earlier this year, on Good Friday – the day where the virgin of Nazareth proved stronger than the men who deserted the crucified Jesus – I preached in St. Patrick’s Cathedral in New York. The Rockefellers, in an exquisite bit of anti-Catholicism, erected a massive statue of Atlas across Fifth Avenue from St. Patrick’s, visible from the sanctuary when the great doors are thrust open. Atlas is bent low, struggling and straining to carry the world on his back. Many preachers in St. Patrick’s have observed that behind the high altar, in the apse chapel, is a delicate statue of Mary, refined and serene, with the Lady carrying in her hand the entire world as a royal orb. Atlas, the superman, struggles and strains. The Lady holds the world in her hand effortlessly. God has worked His greatest wonder among women.

The shepherds quake, the glories stream, and the heavenly hosts sing at Christmas. And all of history, and all those in heaven and upon earth, turn their eyes to the stable, and gather their hopes ‘round yon Virgin Mother and Child.

A merry and blessed Christmas to all our readers at Convivium!

The Blessedness of Faith: Why Politics Needs Religion