For Christmas this year, I'm wishing for a secret agenda—the kind everyone kept promising me was coming, only to disappoint me over and over. Now, we have "leaked" documents on this government's new foreign policy: so banal, so self-obvious, so redundant that it's possible some kind soul scooped them off the comatose cadaver of a once idealistic wonk. I challenge you to find a secret set of government documents that more redundantly states what this Prime Minister has transparently said, over and over: trade, growth, jobs.

Have a closer look at what the leaked documents say. We see the Prime Minister's intended plan to diversity trade to emerging markets. This has been true since even before the collapse of Keystone, and what Fen Hampson at Carleton University called the Americans' "silly season", also known as an election. The rise of the third option, a trade strategy that stretches back to Mitchell Sharp in 1972, is not terribly new, nor is diversification a shocker for trade economists. The leaked foreign policy plan says, "Canada's record over past decades has been to arrive late in some key emerging markets. We cannot afford to do so again in the future." Fair enough, but not exactly a foreign policy tell-all. 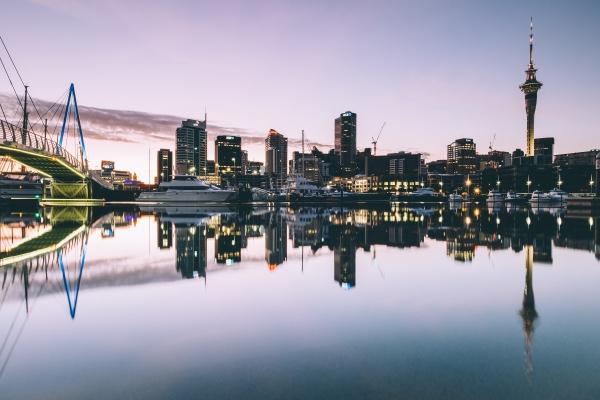 Some caveats: a bit of nervous hand wringing is already starting about the absence of human rights, and other values-focused foreign policy. Leave aside for the moment that these are leaked draft documents that do not reflect official government position any more than daydreamed, back-of-the-napkin sketches over breakfast are official plans for that kitchen renovation. Leave aside that in the words of CBC national affairs editor Chris Hall this foreign policy paper has been "months and months in the making." I think he meant to make that sound like it was a long time to work on a foreign policy paper. Finally, leave aside also the angry history of exchanges this government has had with the first critics out of the gate on this non-foreign policy.

All that aside, even this trade and economy focus would not be a real surprise following the record of relatively transparent speeches from the Prime Minister and his Cabinet. Especially since the recession, talking points have revolved around creating jobs, growing the economy, signing trade deals. It is an incremental-economic vision for foreign policy, not grand and sweeping, more of an adaptive strategy to suit the needs of the moment. It certainly doesn't mean sweeping away the language of Canadian values this Prime Minister has laboured to articulate, but it does mean the calculus by which those values will be lobbied will now include a much broader, more intensive focus on economic and trade interests. Maybe it's better not to do business with rights violators around the world, but the answer to that question has never been straight forward, as folks who spend time studying Canadian-Cuban relations can tell us.

But the document does include the orientating claim, "Twenty-first century foreign policy must be lead with the economy." Herein could lie the hints of a formal foreign policy review, the Conservatives' first since taking power in 2006. Will I finally get my secret agenda, something other than economic-incrementalism? Sadly, Roland Paris thinks I won't. The real news, he writes, "is not that this document exists . . . but that it appears to amount to so little." It is essentially a retrospective restatement of what the government has already been doing.

If the government does undertake a broader foreign policy review, something Paris is not excited about, it could stand a secret agenda or two. Before we scrub "foreign affairs" off the DFAIT letterhead, it would be interesting to have a few government surprises of the kind that feature Canadian values trumping—or at least leading—market logic. Now that would be a secret agenda worth smuggling out of the department.

New Zealand is feted for its pandemic lockdown, but Robert Joustra says the awkward truth of Auckland’s approach is it raises irrational fear even as we’re being fleeced economically.

Don't let the smallness confuse you

Likewise, a foreign policy driven by national interest, and so-called shared Canadian values, also is a grand vision Foreign affairs is one portfolio this government will not (cannot) download, and has demonstrated, via the shuffling in of Minister Baird, a strong potential for defining a new Canadi...

Matthew Lau argues Finance Minister Chrystia Freeland’s weakness is not her lack of qualifications but her insistence she can steer the economy while wearing sunglasses at night.