I’m not often asked, “Why did you attend high school?” or “Why did you earn your degree?” But leading up to our launch this past Monday, many people have asked me, “Why Cardus*U?” The very question suggests that the questioner understands that Cardus*U is a learning program that differs fundamentally from the standard conception of education offered by accredited institutions. It also suggests that the purpose and nature of the program are unclear.

Why Cardus*U? The question is not arbitrary, it does not dangle in thin air, and it comes from real people who care about practical living. And it is the practicality of daily life that the vision of Cardus*U wants to mirror without compromising the value of theoretical discourse. The program aims to foster a down-to-earth, holistic vision that maintains the integrity of both theory and practice in the hearts and minds of its participants.

The notion of a holistic education remains elusive, and no one on the Cardus team has the audacity to claim that he or she is able to furnish the Cardus*U participants with a comprehensive formulation to capture such a living vision. Rather than providing an ironclad definition of Cardus*U, we ought to wrestle with the question of education and to feel—not to conceptually understand—what the program is all about. 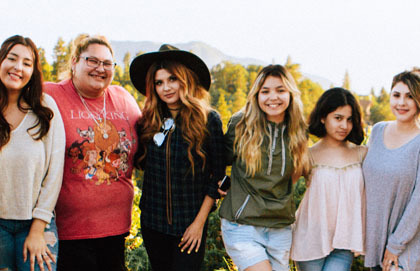 An Image of Freedom
Strong Communities, Strong Educations
No steps back, no steps forward

Let’s begin by contrasting it with programs that insist on standardization for pragmatic purposes. Standardization has some merits. It is impossible to teach mathematics, or any purely theoretical discipline, without a standardized curriculum (although some, such as staunch supporters of project-based learning, might argue otherwise). But even in the liberal arts, creativity doesn’t spontaneously erupt out of an unstandardized cauldron of passion; it stems from the purposeful deviation away from the standard. A poet doesn’t simply study the structure and form of a Shakespearean sonnet for the sake of writing more Shakespearean sonnets, he does it for the sake of deviating from the popular trends in poetry. However, given the tyranny of the markets, standardization is no longer a step toward creativity, but a means to the end of economic efficiency.

The opportunity of Cardus*U is unlikely to suffer under the false pretense that education is reducible to a marketable commodity. It’s not likely to be delivered by professors or professional institutions as a prepackaged product, like a can of Coke or a candy bar. Marketing education in the form of standardization carries risks: a slavish adherence to the curriculum on behalf of the professors, and a reluctance in students to go beyond the classroom, the assignments, and one's major.

A healthy resistance to standardization functions as a safeguard against the devastating effects of its villainous counterpart—fragmentation. The Western mind dissects the world in the hopes of understanding the whole. For instance, although the individual-centered language of one’s rights and freedoms was intended to liberate the people from oppressive corporate bodies, it sometimes undermines the integrity of a genuine communal living. And even primitive mind-body-world divisions continue to pervade our collective consciousness. Arguably, the root of such fragmentation is the illusion that theory and practice, in the broadest sense of these terms, are diametrically opposed extremes.

Although many educational theorists have addressed this problem and have offered a multitude of possible solutions, we still need to ask ourselves: have our attempts to verbalize the ineffable, to render static the dynamics of life, and to standardize the elegance of creative expression been successful? Perhaps it is time to overturn the tables.

In order to overturn the tables, not only does Cardus*U offer its participants the necessary mentoring, the healthy community, and the academic and professional resources that enable its participants to act competently in the public square, but it places its students at the intersect between theory and practice—between that which can be standardized and that which can’t.

We will not be told by professors when to run back and forth between the lab and the lecture hall because Cardus is both the lab and the classroom, and the culture of Cardus is crafted in such a way as to encourage us to be artisans who juggle the dialectic of theory and practice for ourselves. This balancing act is the goal of all education. The bifurcation is held with a tension whose catharsis is only made possible by decisive action, not just in the fields of public policy, political economy, and economics, but also in the seemingly trivial, such as cooking, going for a hike, and brewing a cup of coffee.

This training is not informed solely by standardization; by the contrived logic of a professor’s lectures. This program explores the natural logic of question and answer that characterizes one’s conversation with professionals who are intentional about learning together in the dust and heat of holistic experience. And perhaps Cardus*U can serve as a pilot program that ignites a revolution in the way education is conceived in the West.

No steps back, no steps forward

The Supreme Court of Canada says Montreal's Loyola High School had its Charter religious freedoms violated by the Quebec government's refusal to allow it to teach a program from a Catholic perspective ...